Much Adieu About Nothing?

NHL free agency opened up this week exactly two weeks after the NBA began its frenzied off-season.  You’re forgiven if your shrug is obvious.

Put this in perspective:  the top NBA contract so far is a $264 million deal signed by MVP Nikola Jokic with his current Denver Nuggets employer, wiith hundreds of millions more being spent on dozens of others nowhere near as deserving (Leon Rose, are your ears burning?).

The collective number of day one signings for the entire NHL was $265.8 million.  USD.

And of that total more than 25% of it went to one player–Johnny Gaudreau, the league’s #2 scorer last season and the face of the Calgary Flames.  Gaudreau is from southern Jersey and is about to become a dad, so it was a fait d’accompli that he’d return to America and be closer to home.  But instead of signing with the Flyers or Devils as speculated he signed a $68.5M deal with–the Columbus Blue Jackets.

Yes, the Jackets do play in the same division as those other teams, but the media market is distinctly smaller–among U.S. cities, it is the third-smallest DMA.  That said, it’s bigger than Calgary. 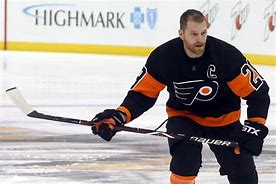 Coming home was also the motivation for Claude Giroux to choose Ottawa over Philadelphia and South Florida. The perpetual mismanagement of player relations with the snakebitten Toronto Maple Leafs allowed their one-man saves machine Jack Campbell to leave for Edmonton, leaving them with an oft-injured and aging Matt Murray as their current netminder.  At the same, Stanley Cup-winning goalie Darcy Kuemper filled a massive void in Washington, making the Leafs’ road to any significant post-season even rougher. 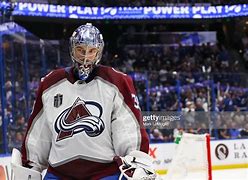 But these are hardly noteworthy news items in July in the States.  If agate type was still prevalent in most newspapers, it would be reduced to that font.  Lacking that, it gets similar short shrift here.

Perhaps when it’s cold and dark, or perhaps when the Stanley Cup Playoff chase begins in earnest, these signings will matter more.  Not today.  When it’s 100-plus in Vegas, even the most ardent Knights fans are sanguine about best about losing Max Pacioretty.

So it’s hello to some and farewell to many others.  But please, make sure the door’s shut on the way in and out.  The air conditioning is really needed.