Moving In A New DIRECT-ion

My roommate doesn’t understand why someone as allegedly forward-thinking as I am steadfastly chooses to spend a lot of money on DIRECTV service.  Candidly, I watch a lot less broadcast TV than ever, much like the majority of America, and virtually every significant series is otherwise available on a streaming service.  He just bought a snazzy 4K TV which he’s running our collective AVOD and SVOD subscriptions through, and I have to admit I’m hooked.,  I never thought I’d be one of those ultra-lazy couch potatoes who now can just speak his selection into a voice-activated remote versus actually having to navigate with with my fingers. 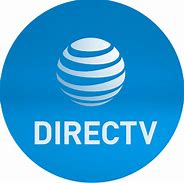 But yes we still have DIRECTV and my single reason is:  NFL SUNDAY TICKET.  But not much longer, apparently,  On Friday, during a CNBC interview he conducted while in attendance at the Allen and Company conference in Sun Valley, NFL comissioner Roger Goodell announced that the package will “more than likely” be moving to a streaming service a year from now, thereby confirming one of the worst kept secrets in sports media news in years.

The drumroll has been constant since the 2021 season ended.  The league has been embracing streaming services, moving Thursday Night Football to Prime Video and preparing to launch its own service, NFL+, by season’s start.  In contrast, DIRECTV has been in subscriber freefall of late, with AT&T lessening its commitment and its too little too late pivot toward streaming distribution doing little to justify anyone else of consequence coming to the rescue.  Their immediate financial health is bleak, and frankly, their technology is rapidly moving toward obsolesence.

SUNDAY TICKET essentially put DIRECTV on the map in the 90s, providing a way for rabid football fans to receive any game they wished, with national commercials.  While it was difficult for urban dwellers to deal with the physical limitations of satellite dishes’ difficulties with picking up signals amidst tall buildings, if you lived in a private home it was a godsend.  In Southern California, with the package’s growth dovetailing with the period where both the Rams and Raiders fled town, it was especially well received.  And best of all, DIRECTV offered dozens more regular channels than did cable at the time.  I was fortunate enough to be among the lucky who worked with sister divisions and was able to get the service free for years, even when it upgraded to HD.  The site of the resolution of a single blade of grass clearly on the unfrozen tundra of Lambeau Field on my 300 pound Bravia (half price from Sony, thank you) was perhaps my seminal moment as a TV viewer in my lifetime.

But while the service is still valuable to dinosaurs like me, generationally it has evolved into a secondary source for younger fan bases, ironically on its own accord.  When the league and platform created Red Zone in 2009, it educated a generation of fantasy-centric action addicts to land on a channel that moved from game to game as if it had a remote in its own hand, thereby freeing yours up to eat and drink without distraction.  The channel gained immediate traction and demand, so the league made it available beyond DIRECTV.  It is now a preferred way for younger viewers to watch games, which of course has disproportionate future value to the league and the game.  And that generation is definitely more mobile and screen-agnostic than older ones, and will no longer be satisfied with subscribing to something they otherwise don’t value or consider a lesser viewing experience.

So in 2023 Sunday Ticket will be available to anyone with a broadband connection, democratizing and likely expanding its reach more than ever, so it was speculated.   Goodell essentially teed up Apple TV+, Disney (likely via ESPN+) and Prime Video as the likely landing places. Undoubtedly, NFL+ will be available as a low or no-cost add-on to the subscription.   And if Disney or Prime winds up with it, much as DIRECTV did there will likely be an incentive to subscribe to a package of other channels for broader service at a discount.  Short of that, there’s always options like Sling and YouTubeTV that ultimately will cost less than what I’m paying now.  The main broadcast network shows are primarily available on other SVODs and AVODs, so all I’ll be missing is local news, and inevitably that’s becoming more readily available on these platforms as well.

It’s always nice to look backwards, but unlike many in my actual demo I much prefer to look ahead.  DIRECTV was nice, especially when it was revolutionary and complimentary.  Neither is the case anyone.  Once the last regular season game ends in early January, we’re divorcing for good.

I sure hope it’s the last time I’ll be letting go of something from the past by then.