One of the most pleasant connections I made during the horrors of pandemic lockdown was a friendship with a spirited fellow game show geek from north of the border who regularly joined our nightly zoom calls to play board games remotely.  Aside from sharing a love of formats in two languages (like most intelligent Canadians, he is bilingual), he and I shared a passion for hockey.  In particular, Toronto Maple Leafs hockey.

My college town of Oswego, New York sat on the shores of Lake Ontario, which meant our meager 12-channel cable system received a CBC affiliate from Hamilton, my first regular exposure to international television.  We also sat geographically closest to Toronto, meaning at night radio broadcasts were easily heard and, like many hockey nerds before me, meant I could watch Hockey Night in Canada and listen to games broadcast from a gondola that suspended precariously above center ice in Maple Leaf Gardens. 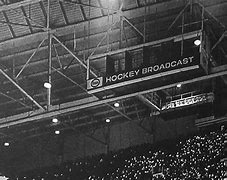 The influence of the legendary Foster Hewitt, arguably the Vin Scully of Canada, was still present, and Hewitt was still alive when I became a fan and would occasionally make a guest appearance in the booth.  His booming “Hello, Canada! And Hockey Fans Across North America and Newfoundland as Well” was immediately inviting, and as there was little else on Saturday night TV besides THE LOVE BOAT in those days I became hooked.  I loved the games, especially the ones from Toronto, and I would laugh at the GM Canada commercials that would brag about how many kilometers per litre the Chevrolet Astre would get on the highway.  It sounded a lot more economical than the U.S. version.

For the holidays, this wonderful new friend sent me a book about a Leafs fan who traveled with the team to every single game they played across North America with the reminder “You think it’s hard being a Mets fan,  Try loving the Leafs.”.  And as I read I realized the Maple Leafs not only not won a Stanley Cup since before the league’s first modern expansion in 1967, they hadn’t even advanced to the second round of the playoffs since 2004.  At least the Mets had a World Series in 2015 and a title in 1986.  In this poor soul’s case, the Leafs hadn’t won a Cup in his lifetime.

Worse still, of late not only have the Leafs lost, they have lost in heartbreaking fashion.  With last night’s 2-1 loss to two-time defending champ Tampa Bay in their opening round Game 7, they lost a game where they had a chance to win a series for the TENTH consecutive time.  In the last couple of years, they have not played before live fans, meaning suffering occurred remotely.  Last night, they had home ice advantage, and a nervous but impassioned capacity crowd at the ScotiaBank Centre that replaced MLG a couple of decades ago.  With no NBA and the Mets in a weather delay, I settled in to watch, hoping against hope I would be witness to a change in fortunes.

After tying the game late in the second period on a Morgan Rielly equalizer, Tampa quickly regained the lead on Nick Paul’s second goal of the game, 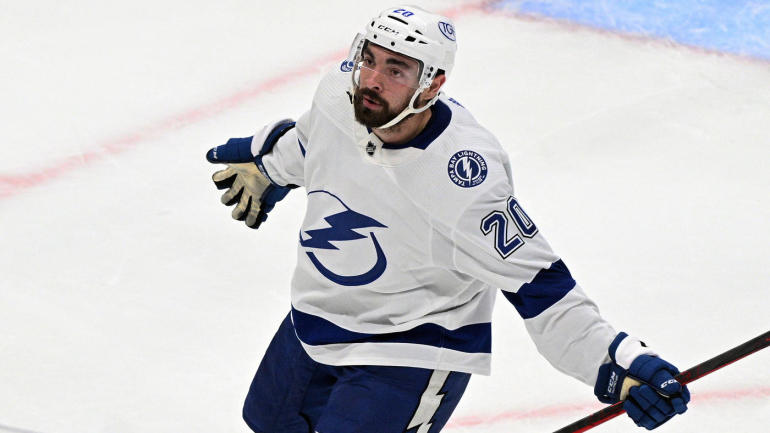 and then staved off a desperate Leafs attack through a tense third period to crush the locals’ souls yet again.  Tampa is an especially resilient playoff team in their own right and are determined to prove that the titles they won in pandemically altered years with shortened and siloed regular seasons, aberrant divisional structures, and the bubble experience of 2020 were not flukes.

For Toronto fans, last night was a grim reminder that in spite of so many factors breaking in their favor this year, somehow they still managed to go home early yet again.  The tweets and memes that furiously hit the internet in the aftermath of last night’s disappointment were both hilarious and poignant.  You can’t help but feel their pain.  The link below recaps some of the better and more prominent ones.

As for you, my Leafs-loving friend, take some solace that this drought is still not at the length of those endured by the Phillies, Red Sox and Cubs.  You’re still young, and the Leafs do have some outstanding young talent.  You may yet see them play a significant post-season game past Canadian Independence Day in your lifetime.

Tonight, I acknowledge it’s hard for you to believe it.  Try, mon ami, try.