Luck of the Irish?

Whenever a major sports event lasts the name of this website, I feel obligated to make observations on it.

In the case of last night’s thrilling 89-87 Notre Dame victory over Rutgers in the final game of March Madness’ First Four in–wait for it–DOUBLE OVERTIME, there were additional superlatives that were justified.

For one, it featured several lead changes within the extra ten minutes, with excitement provided on both ends off the court.  The Paul Atkinson putback with 1.4 seconds remaining in the second extra stanza was not an outlier, it was a coda to a sequence of events that were, frankly, compelling television.

For the NCAA, it is especially foreboding.  The strategy of the First Four, ostensibly featuring weaker teams that haven’t yet made the actual sheet of integrity, has been to involve the four #16 seeds, typically from small conferences and cities with histories largely in lower divisions, to have at least one national telecast and exposure for their programs, and the bubble teams that made up a great deal of the debate of bracketologists in the months leading up to this.  By playing these games in a central location–Dayton, Ohio–it gives this the aura of a mini-Final Four destination setting.  After a two-year hiatus, the First Four returned to the birthplace of aviation, and boy did it take off.

For Turner Sports, the First Four has provided one of their lesser networks, truTV, with an opportunity to have fans find the network and be exposed to promotions for its quirky array of male-skewing reality series.   In recent years, it has taken the extra step of seeking opportunities to schedule bubble schools with large market and/or national followings to ensure the promotional exposure will reach more influential eyeballs.  Recent years featured Syracuse, USC, Michigan and, last year, UCLA. 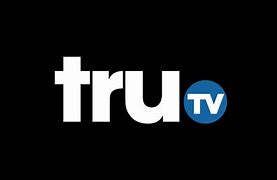 The Bruins became the first First Four team to reach the Final Four, and took eventual champ Gonzaga to overtime before missing out on being the first team to need seven tournament wins to take it all.

This game was far morre than South Bend versus Piscataway.  This was a national team from a Chicago suburb with a significant following in New York facing the Big Ten’s representative in the New York DMA.  And on the eve of St, Patrick’s Day, Notre Dame’s slotting was especially appropriate and for me, poignant.   The first college basketball game my dad ever took me to was an NIT game featuring Notre Dame against Army in the then brand new Madison Square Garden, a month old and glistening above Penn Station, on St. Patrick’s Day 1968.  Dad had grown up in the previous Garden a couple of subway stops uptown, so this was a trip he really looked forward to.  I still remember the vastness of the escalator concourses as we rode and rode high to the top.  The darkness of the half-full stands,  The intensity of the light that hit the court, so superior to the dim setting of its decaying predecessor.

So Notre Dame did it again.  This year they get St. Patrick’s Day off.  A reward for starting March Madness 2022 off with a bang.  Drink up.  Pea soup, of course. 🙂