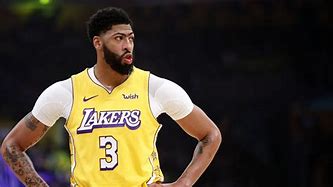 As of this morning, the Los Angeles Lakers, NBA champions less than two years ago, would not qualify for the 2022 NBA playoffs.  Not even the play-in round.

After last night’s 128-110 loss to the Dallas Mavericks, their seventh in their last 10 games, the Lakers fell into a tie with the surging San Antonio Spurs for the tenth spot in the Western Conference.  Even more significantly, it’s not just that the Lakers are losing, it’s how they are losing that is particularly alarming.  Against an improving but hardly dominant opponent, they allowed 82 points in the first half.  That’s more first-half points than any Los Angeles Lakers team has ever allowed.

Granted, the Lakers were missing both Lebron James, nursing a recent injury, and Anthony Davis, still not quite ready to return from his more lingering one.  These were the two superstars that took advantage of a four-and-a-half-month layoff and the controlled environment of the Orlando bubble to deliver a title in a memorable year that all but served as homage to the recently deceased Kobe Bryant.  2020 was indeed a watershed year, and one that gave hope that Lebron might indeed prove to have a run left in him as both leader and strategist that could restore the kind of success from the Magic and Kareem era that is now being recaptured in the HBO series WINNING TIMES.

Except under more normal conditions, things haven’t gone that well.  Davis’ injury history has returned both last year and this.  Last spring, an injury he suffered early in their first round series with the eventual conference champion Phoenix Suns quickly ended their title defense hopes.  This year, Lebron pushed for the addition of Russell Westbrook, popular among his inner circle and Los Angeles fans who remember him fondly from his UCLA days.  Bluntly, Westbrook has been a disaster.  Plagued by both an inability to fit into a game plan effectively when Lebron and/or AD are healthy and a seeming focus on personal stats when situations like last night where his leadership was needed badly, Westbrook has emerged as the face of the frustration that seems to be consuming fans this spring as the Lakers’ Bataan death march toward elimination soldiers on.

If you’ve been a fan of the New York Knicks at any point in the last three decades, this is an all too familiar story.  Propped up by the history of past success, the Knicks would frequently make moves on paper for stars that were capable of keeping them on the periphery of playoff contention but ultimately were either no longer capable or willing to take on leadership roles that were needed for them to have true post-season success.  More often than not, the likes of Stephon Marbury, Jeremy Lin and, more recently, Julius Randle has offered false hope and ultimately an early end to a season where fan loyalty was tested mightily. 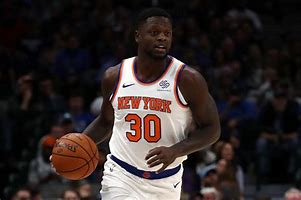 The Knicks were just competitive enough to justify interest from national sports networks to warrant being scheduled and watched on their RSN by their hopeful fan base.  Knicks owner James Dolan, who owns the MSG network, would often chortle that as long as they were capable of making a playoff run, his sales team could take advantage of the April run to pressure cable systems to pay increased license fees to carry the channel, which inevitably would tie their renewal cycles to these dates.

Last night, the Lakers were the lead-off game for TNT’s national doubleheader.  You’ve already read how that one worked out.   I have a pretty good idea initial ratings declined over the night,

Sadly, these Lakers evoke memories of the Knicks of the oughts,  not the Lakers of the ’80s so fondly recalled in the HBO series.  The 2022 edition has seven games remaining, and it appears that Davis will be returning for the majority of them, as will Lebron.  It’s conceivable they might still make the play-in round.  Last year, Lebron summoned a game for the ages in a similar situation against the Golden State Warriors to lift up an otherwise anticlimactic play-in round and at least get the Lakers into the official tournament.   He’ll need at least two such efforts this year, assuming he even gets the chance at all.   AD being healthy and defensively solid would enhance any such possibility.

As for Westbrook, well, the fact he’s still on this team at all as we approach April may very well define this very disappointing season.  Fans and pundits pushed the Lakers to make some sort of roster move at the trade deadline, with Russ the focal point.  Depending upon which version of truth you choose to believe, there were few interested at all.  He’s aging, defiant and polarizing, three qualities not particularly appealing to teams outside Los Angeles.

He and his teammates will have one last chance to salvage some semblance of success down the home stretch.   Like a struggling marriage on its last legs, ESPN, TNT and Spectrum SportsNet will hope there’s something left in the tank.

I think you know what side of the debate I come out on.