Just Call Them Angels Without Mooring

In the 1990s, the two Los Angeles baseball teams were both owned by competing media companies–the Dodgers by Rupert Murdoch and News Corporation, the Angels by the Walt Disney Company.  They were cogs in a white-hot battle to launch local and national sports channels heavily reliant on baseball,  They had both taken over for the families that previously owned them, and were far more financially capable of footing the bill for talent and media than the O’Malley or Autry families.  But both ultimately were unsuccessful with their plans, and in the early 2000s cashed out.

The Dodgers were sold to a Boston parking lot magnate named Frank McCourt, who notoriously was embroiled in a bitter and often sordid divorce with his wife Jamie, which colored his tenure as owner.  They had some success with some division titles during the eight years he owned the team, but could not find a way to return to the World Series.  But for the first time since they moved to the West Coast, the Angels were mounting a legitimate threat to their dominance.

And that’s the horse that Arte Moreno rode in on in 2003, fresh off the Angels’ first-ever world championship, a thrilling come-from-behind upset of the San Francisco Giants (the Dodgers’ arch-rival, no less), in a season when the Dodgers had missed the playoffs entirely for the sixth consecutive year.  And as the first Mexican-American to own a professional sports team, in a media market where more Mexican-Americans live than anywhere else in the United States, his ascension to ownership was initially revered. 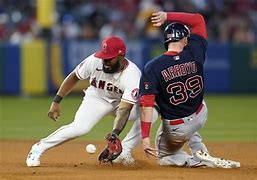 And early on, Moreno’s Angels did have some parallel success to the Dodgers’, winning some division titles and advancing to championship series during the 2000s.  But for most of that period, despite their on-field success, Moreno was obsessed with the off-field branding,  As Sports Illustrated brilliantly recapped:

…From the start, Moreno was overly obsessed with the idea of creating a star-laden team to match the Southern California setting. Within two years of purchasing the team, he announced the intention to change the team’s name from the Anaheim Angels to the much-ridiculed Los Angeles Angels of Anaheim, prompting a lawsuit from the City of Anaheim and angering many fans from the team’s native Orange County who don’t identify with L.A, the heart of which is easily an hour’s drive in normal traffic. Over time, the payroll came to be clogged by aging stars who didn’t necessarily fit the roster and quickly exited their primes upon their arrivals. The team also commonly bet on players who performed well in platform years that often turned out to be outliers. Whether that’s due to poor evaluation or coaching, it’s a phenomenon that has occurred throughout multiple front office and coaching regimes under Moreno.

McCourt ultimately unloaded the Dodgers under pressure from the fallout of his divorce in 2012, turning it over to a well-financed team from Guggenhiem Management who hired brilliant young management both on-field and off.   Moreno has held on, repeatedly doubling down even more obsessively.  Here’s a partial list of the incredibly bloated free agent signings he’s personally engineered in the last decade: We wrote about Pujols’ deal the other day, and it still has repurcussions on the franchise.  It didn’t stop him from recruiting and signing two of the game’s most popular players, Mike Trout and Shohei Ohtani, and Trout was rewarded with an even larger long-term deal.  But he’s now injurty-plagued in his early 30s, and Ohtani will be a free agent after next year and has shown little interest in remaining with the Angels.

For a little while this year, it looked like it finally might. Armed with a top-10 payroll, they were tied for first in the AL West on May 15. They soon endured a franchise-record 14-game losing streak that effectively sunk them out of playoff contention and resulted in the firing of manager Joe Maddon, with the Angels sitting at 27–29, on June 7. The team’s 25–41 record since then indicates Maddon wasn’t the issue.

So yesterday’s announcement that the 76-year-old Moreno is finally ready to explore sales opportunties for the Angels was cheered by the fans’ frustarted yet loyal fan base.  And as SI yet again pointed out, in spite of his mismanagement, Moreno will likely be riding out out on a much more gilded horse than he rode in on:

Due to the club’s premier location, loyal fan base—the Angels’ attendance averaged sixth out of 30 teams in the five years preceding the pandemic, none of which ended in playoff appearances—and the presence of two of the sport’s singularly talented superstars, the Angels are rated by Forbes as the ninth-most valuable MLB franchise at $2.2 billion—after Moreno purchased it from Disney for $184 million less than 20 years ago. That valuation would only rise if the Angels reach their potential on the field, an endeavor they’ve failed to accomplish under Moreno. With the right sort of leadership, though, it’s far from an impossible task.

One can only hope there’s a Guggenheim-type fund and a few smart people (Theo Epstein, perhaps?) to give Angels fans a better future than the one that they are looking at now.  Moreno has clearly overstayed his welcome, and the fate of the team in Anaheim is very much in doubt.  Earlier this year, plans for a revamped Angels Stadium were scuttled by a scandal involving local government.  As reported at the time:

An Orange County Superior Court judge halted the progress of the transaction for 60 days over allegations that Anaheim Mayor Harry Sidhu had sought to profit from the sale, which was agreed in 2019.

According to court documents cited by the Los Angeles Times, Sidhu is accused of soliciting a donation of approximately $1m to his reelection campaign as the City of Anaheim discussed the sale of the stadium and surrounding land to SRB Management, the company of Los Angeles Angels owner Arte Moreno. It has since transpired that the original $320m comprised only $150m in cash, while plans for affordable housing were cut considerably.

Judge Glenn R. Salter granted the postponement after an application from the state Attorney General who also filed an affidavit for a federal search warrant. The state attorney general’s involvement came in a legal dispute over whether the deal violated the state’s Surplus Land Act.

Rumors of a waterfront stadium option in Long Beach–Los Angeles COUNTY, at least–are rampant.  There’s always the possibility of a Clippers-like infusion deeper into the market, perhaps as another companion to the remarkably successful SoFi Stadium, which are both revamping Inglewood dramatically,  The footprint of the Forum is a possibility for starters, and would provide an intriguing Westside alternative to the downtown adjacency of Chavez Ravine.

That’s job two for whoever takes over the Angels.  Job One is to figure out how quickly we can send Moreno out of town the way so many of his recent signings did–very rich, but very unsuccessful.