Just Call Him Angel of the Evening

Sixty Mays ago, the Los Angeles Angels of Chavez Ravine had a rookie pitcher named Bo Belinsky who captivated the baseball world with a no-hitter, the first in the team’s history.  It took the Angels just one season and one month to see one of the pitchers achieve that goal.  It took the Padres and Mets more than a half-century for the same feat to occur.

Belinsky shut out the Baltimore Orioles on that May night in his fourth major league start and immediately became a Hollywood star.  He was young, handsome, unapologetic and, unlike Sandy Koufax or Don Drysdale who were doing pretty well ithemselves, more than willing to go out and party.  In the aftermath of his achievement, Belinsky reportedly said “If music be the food of love, by all means let the band play on.”  He reportedly dated Playboy centerfold and Marilyn Monroe heir apparent Mamie Van Doren for a while.  He was immortalized in a song parody from flavor-of-the-moment satirist Allan Sherman (“Oh Boy, Igor Stravinsky, Oh Boy, Bo Belinsky, Oh Boy, David Dubinsky and Minsky and Olga San Juan…”)*  Yeah, he sure wasn’t Koufax.

That was the only Angels no-hitter thrown by a rookie until last night, when in his 11th major league start (what took you so long?!!) Reid Detmers stunned the baseball world with the first solo no-no of 2022, a 12-0 thrashing of the potent Tampa Bay Rays.  Detmers was masterful, allowing only one walk and was abetted by a flip-of-the-coin scoring decision that allowed Brett Phillips to reach base on what was ultimately scored an error in the seventh on a tough grounder that first baseman Jared Walsh bobbled.  Detmers quickly recovered and the no-hitter was intact.  Phillips, an occasional relief pitcher, was then tasked with the eighth inning of what was then an eight-run deficit and gave up a pair of two-run homers to Mike Trout and Anthony Rendon.  Karma, dude. 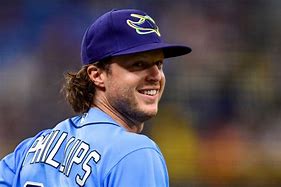 The ’62 Angels stunned the baseball world with a remarkably competitive second season that had them in pennant contention deep into the season.  With the Dodgers on the road to what ultimately became a 100-win plus season of their own and a memorable three-game playoff series that saw them yet again lose to the now-San Francisco Giants in a West Coast version of the iconic showdown they staged in New York and Brooklyn 11 years earlier, and with Dodger Stadium the temporary, spanking new home for both of them, visions of a Freeway Series only added to West Coast fans’ passion. 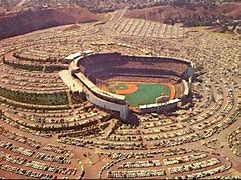 They didn’t quite make it. and in fact only have made one World Series of their own in their history, which just happens to have its own 20-year anniversary this year, serendipitously a thrilling seven-game classic against the same Giants.

The ’22 Angels are continuing to punch above their weight, with an impressive array of hitters including Trout and Shohei Ohtani, as well as Walsh and Taylor Ward who are both among the early American League leaders.  Noah Syndergaard has, so far, been healthy and effective and a needed boost to a pitching staff that last year was, frankly, putrid.  For Detmers to have a rookie season like this evokes the memory of John Lackey, who stabilized the ’02 Angels and eventually was their choice to cement their lone World Series title with a Game 7 start that saw him shut down Barry Bonds et al with one run on four hits in five innings and assured that their stirring rally in Game 6 was not ultimately in vain.

Here’s hoping Detmers takes his lead from Lackey rather than Belinsky.  Bo never did have a game quite as good in his career again, and by the end of ’63 was back in Triple A.  The Angels’ top farm team was in Hawaii then, so it wasn’t a total loss.  But for Belinsky, exile in paradise allowed him to continue an off-field life of excess and waste that eventually led him to a journeyman career and, sadly, premature death from a reportedly troubled life where he never could live up to the lofty standards his early success produced.

Watching Detmers’ 22-year-old joy during the post-game interview where he basked in the cheers of the loyal Halo Honks, it was pretty clear he’s at least headed in the right direction.  Maybe there might just be a World Series, perhaps even a Freeway Series, down the road.

For tonight, just Reid it and weep.  Happy tears, of course.