If you go back far enough in the century and a half-plus history of college football, you’ll find an era where Texas Christian University truly mattered.  The Horned Frogs, indeed one of the stranger names for a major college athletic program in creation, were twice crowned national champions, in 1935, led by future Hall of Famer “Slingin'” Sammy Baugh at quarterback, and then again three years later by his successor, Davey O’Brien, who won the Heisman Trophy and is the namesake of the current award that rewards the sport’s most prolific quarterback each season. 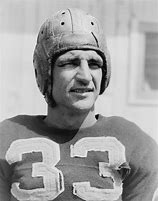 Since then, particularly for the balance of the 20th century, TCU was an afterthought.  And even though more recent seasons have seen a slew of bowls and some quality talent come through, as a member of the Big 12, a conference deemed so second-rate that both Oklahoma and Texas are bolting it, they were never a top candidate for blue-chip talent.  And Fort Worth isn’t exactly the most booming metropolis in the state of Texas.

But this year, it’s been much different.  TCU raced through its regular season undefeated, and although they were upended by Kansas State in the conference championship game, they still qualified for the College Football Playoffs and actually had some geographic advantage playing in yesterday’s Fiesta Bowl semifinal at Glendale, Arizona’s State Farm Stadium.  And boy, did they take full advantage of it.

As reported by NBC Columbus (a city reeling this morning, no doubt):

A back-and-forth thriller in Glendale, Arizona ended in victory for the No. 3 TCU Horned Frogs and a ticket to sunny Los Angeles. The Horned Frogs defeated No. 2 Michigan 51-45 in the Fiesta Bowl at State Farm Stadium to make the College Football Playoff National Championship game on Jan. 9.

TCU’s victory was spearheaded by quarterback Max Duggan who scored four total touchdowns to make the Horned Frogs the first Big 12 team to make the CFP title game. TCU will face either Georgia or Ohio State for the 2022 national championship. Michigan’s loss was its second straight in a playoff semifinal.

A spirited Michigan team, with far broader national appeal and the dynamic Jim Harbaugh as coach, was exceptionally competitive and for most of the game was able to keep pace with Duggan and company.  But when it looked like Michigan was turning the tide of momentum in their favor, the Frogs struck defiantly and definitively:

A ridiculous 44-point third quarter ended with TCU coughing up the football and Michigan recovering it, marking the sixth turnover in the game. The ensuing drive was capped with a Roman Wilson 18-yard TD run on a double reverse as he helicoptered into the end zone, with another two-point conversion making it a three-point game.

TCU responded again by scoring a touchdown with Duggan throwing a screen off his backfoot to Johnston, who ran 76-yards for his first TD and get the Horned Frogs a 48-38 lead. Michigan scored a late touchdown as McCarthy found Wilson in the end zone on a five-yard pass to make it a six-point game with 3:18 remaining.

So it will be Duggan who will attempt to win the first college football championship game for a Big 12 team in its history, as TCU becomes only the second team in the modern era to have played not only in all six rotating bowl championship series games, but the national title game as well (Florida State’s the other). 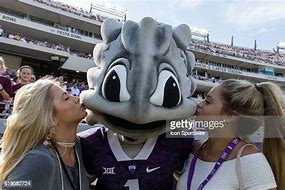 And Superfrog hits Tinseltown in the process.

Georgia, fresh off a thrilling come-from-behind win over a Big 10 rival of its own, Ohio State, will attempt a back-to-back championship feat only realized in recent years by Nick Saban and Alabama.  With a much stronger SEC schedule behind them, they are likely to enter as strong favorites for next Monday night’s title bout.

But Dawgs can get warts.  And this Frog’s determined to throw a moneky wrench or two into the whole superconference ideology.