Under normal circumstances, a midweek January NBA game between the Chicago Bulls and Detroit Pistons would be an overwhelming call to inaction.  They are the next-to-last and last place teams in the Central Division, the Pistons the third-worst team in the league at 12-35, the Bulls far removed from their encouraging play of the first part of last year, barely clinging to the final play-in birth in the Eastern Conference at 20-24.  Both teams offer far more for the few zealots who would otherwise care to see other than potential midseason trade targets for teams that actually have a real shot at the 2022-23 title.

But this is no ordinary game.  For the first time in regular season history, the NBA will play a game in Paris, France.  And for Parisian basketball fans, it’s an especially momentous event.

As Sam Smith, the longtime Bulls beat writer who now writes for NBA.com explains, the Bulls are arguably the most recognized U.S. professional sports franchise in the country:

internationally none truly compete with the Bulls. Much of that is thanks to the legacy of Micheal Jordan and the most dominating decade in the modern NBA. But even if that ended more than 20 years ago, the oxen still has plenty of gore left.

During every Bulls road game the TV cameras will focus on fans in Bulls jerseys scattered throughout the arena. They talk about fans of college football teams traveling well; in Europe it’s the soccer fanatics. Bulls fans do as well in showing up in large numbers wherever the Bulls are playing, and even in France.

When the United flight I was on was landing in Paris earlier this week, the flight attendant went through the usual series of announcements and added that there was an event this week, the Bulls and Pistons. She closed with “Go Bulls.” Perhaps two dozen passengers began cheering.

Yes, Bulls fans do travel well, and the prospect of such a historic venue, with slightly more temperature weather than either Chicago or Detroit can offer this time, is an allure.  For the Parisian partisans, however, it may be a chance to see the eventual home of arguably the best pro basketball player lacing them up anytime this year in Paris, these teams included.

Paris, specifically its Levallois-Perret suburb, is the current home of Victor Wembanyama, a French citizen who is widely projected to be the number one pick in this summer’s NBA Draft and a force of nature unlike nearly anyone recently seen at any U.S. college or in any other country.  He’s currently a star for the Metropolitans 92, a member of France’s top pro league, where he currently averages 22.4 points, 9.6 rebounds and 3.1 blocked shots a game.  Merely 19 years old, he also made quite an impression during the pre-season, where he led his team to wins over the top minor league team, the G League Ignite, and his performances earned rave reviews from some discerning onlookers.  As the Associated Press’ Tim Reynolds penned in October:

The reviews are in from this two-game Vegas residency for Wembanyama, who stands 7-foot-3 in bare feet, and they were of the raving variety. The best of the bunch may have come from Los Angeles Lakers forward LeBron James, who suggested that calling Wembanyama a unicorn might not fully indicate how unique he is. 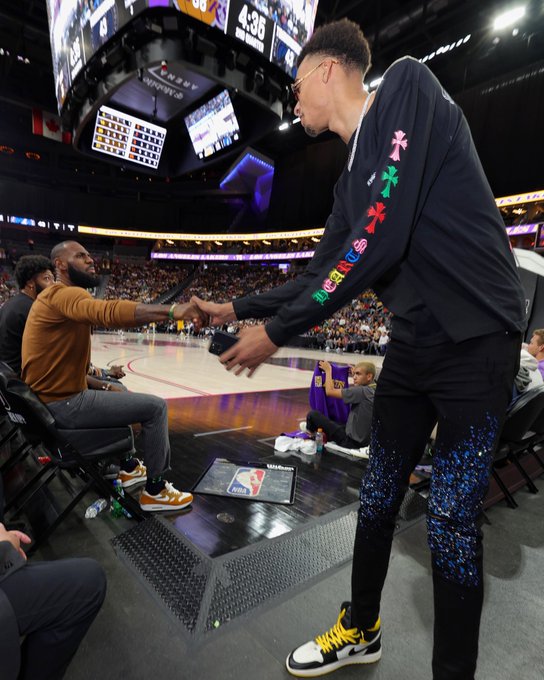 Instead, James went with an out-of-this-world comparison.

“Everybody’s been a unicorn over the last few years, but he’s more like an alien,” James said. “No one has ever seen anyone as tall as he is but as fluid and as graceful as he is out on the floor … He’s, for sure, a generational talent.”

So it’s understandable that the “brick for Vic” accusations among the NBA’s weaker teams has been rampant all season long.  The Pistons’ season-long play, plus a lingering injury to their previous number one pick, Cade Cunningham, make them a potential destination for Wembanyama.  And the Bulls, who have several tradeable assets including veteran playmaker DeMar DeRozan, who will return from his own injury to be showcased in this game, may very well trade themselves into a position where they could enhance their chances to start a new era with a transformational talent, if said trade doesn’t produce results that could qualify them via sustained underperformance in the second half of the season. 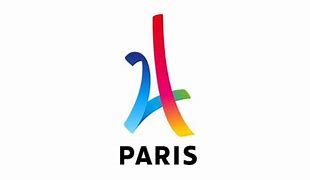 And even though Vic is headed for the U.S., he will return triumphant next summer as a key member of the French Olympic basketball team, who will enjoy homecourt advantage.  This week, the Games’ official logo was released, so the drumroll to what will be the first “normal” games since Rio 2016 has begun.  No doubt that storyline will be one of Paris ’24’s more prominent ones, especially if his rookie NBA season is even remotely close to the lofty expectations he has fostered.

So consider this otherwise marginally meaningful game the beginning of what may become a far stronger tie between the NBA and France, one that will undoubtedly sell an awful lot of merch and likely inflate media rights in the country for years to come.  And believe me, they could use the distraction.  Because while the elite and the Chicago tourists are watching this game, this will be going on elsewhere, per The Guardian’s Kim Willsher:

France is braced for widespread chaos as unions and protesters call for a “Black Thursday” general strike this week against the government’s pension changes.

The day of action will be the first major test of the public’s resolve to force President Emmanuel Macron to back down over plans to raise the official retirement age, and his minority government’s resolve to stand up to them. Union leaders have called for a “massive mobilisation”.

Three-quarters of teachers are expected to strike, closing schools, and stoppages will disrupt transport and health services. Most trains will not run, the Paris metro has said its services will be heavily disrupted, and flights are reported to have been cancelled. Strikes have been announced by truck drivers, couriers and delivery companies. Oil refinery workers are also stopping work.

Staff at many theatres, music venues and banks are also expected to join the action, while police are bracing for protesters taking to the streets across the country.

I guess they looked up the cost of a roundtrip plane ticket to Detroit?