When FX fell in love with the quirky comedy IT’S ALWAYS SUNNY IN PHILADELPHIA , when native son Rob McElhenny parlayed a $200 spec script into a six-episode order in 2005, you knew the title was a snarky joke indicative of its intended tone. Philadelphia was a city synoymous with losing and losers for decades.  W.C. Fields built his comedic career on jokes at the city’s expense–one of his favorite lines was, in explaining the prize structure of a raffle he was selling tickets to, he’d chortle, “First prize is a week in Philadelphia!  Last prize is two weeks!!”  In short order, the U.S. capital, the Athletics and Rocky Balboa all left the city.  Even “Sunny” was filmed in a rundown section of Koreatown in Los Angeles, McElhenny having joined the exodus when he sought his fame and fortune.

To be a Philadelphia sports fan in 2005 was to know constant pain and defeat.  The 1964 Phillies lost a six and one-game lead in the last ten games of the season.  They did finally win a title in 1980 (bless you, Tug McGraw) but hadn’t won jack sh-t since, well, the days of Michael Jack Schmidt.  The Eagles had never won a Super Bowl, though they did come within four seconds of overtime in the one they finally made the prior winter.  The 76ers?  Dr. J and Moses Malone were long gone, too.  The Flyers?  Great mascot and memories, but little success in this century.

Well, lately, the passionate fans who proudly wear their Ps are strutting just a little bit prouder.  The Eagles are this season’s last unbeaten team in the NFL.   And the Phlllies-well, their last month has been downright remarkable.

Nearly left for dead after a sweep of late September home series against the Cubs, they rallied to secure the final wild card spot in the National League with some tenacious wins at Washington and Miami in the final days of the regular season, then continued their momentum with a shocking sweep in St. Louis over the favored Cardinals.  Then, buoyed by home fans in a post-season for the first time since 2010, they spilt the first two games of their NLDS against the defending world champion Atlanta Braves before winning the next two at home, the last game an afternoon vanquishing cemented by a Bryce Harper exclamation point that sent its delirious fans home–yes, bathed in sunshine. 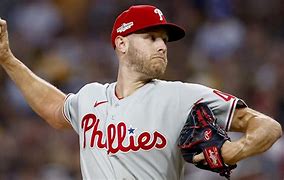 And they continued their stellar play in sunny San Diego with an NLCS opening game shutout of the homestanding Padres on Tuesday, cooling off a Padres team that had exorcised their tormentors to the north, the Los Angeles Dodgers, just days before.  Zach Wheeler has emerged as dominant and imposing as any Game 1 starter, and his 2-0 effort to get the Phils off to a lead was as impressive as any post-season effort to date,  And despite being victimized by a big inning uprising that allowed San Diego to get even, they returned to the city of Brotherly Love tonight for the first of three consecutive home games.

With a revitalized Jean Segura delivering timely hits and rejuvenated closer Siranthony Dominguez closing it out in a manner reminiscent of Edwin Diaz without a brass instrument, even without a warm October sun they scored a 4-2 win tonight and now are two games away from their first World Series since 2009.

Suddenly, Philadelphia jerseys are being seen all over LA, and atypical swagger is evident.  The Philadelphia sports bars are rocking.  Cheesesteak recipes are being shared.  Wawa’s toasted raviolis are tasting a little better.  And a city that once threw snowballs at Santa Claus is now showering their winners with cheers.

And Rob McElhenny is still making episodes of his show for FX, has an overall deal, and he goes home to a stunning blonde from Oregon who happens to be both his co-star and life partner (Kaitlin Olson).  Lou Gehrig may have been sadly self-aware when he called himself the luckiest man on the face of the Earth.  These days, I think McElhenny could give him a run for his money.  As can other passionate Philly fans who keep company with beautiful fans.

It may not always be sunny in Philadelphia.  But, at least for now, it’s absolutely golden.