It’s Not Easy Being Green…And Sometimes It Is

Last night I was supposed to be in a hockey arena in a town that was more than 60 degrees colder in temperature than where I was, but to me has always been eminently warmer.  Never has that disparity been more evident than last night.

Oswego, New York is hardly a tourist mecca, particularly in January. It sits on Lake Ontario, it snows consistently from just before Halloween to just before Easter and sometimes just before Memorial Day.  As Johnny Carson once told his audience after one particularly paralyzing storm, the town’s school crossing guard was a polar bear.

But it’s a darn good broadcasting school and a really fantastic venue for college hockey. (Don’t just take my word for it.  A recent article on USCHO.com, the definitive site fof college hockey fanatics, voted Oswego as the sport’s best game-day venue as awarded by Joe Conner, Mr. Sports Travel, who has personally been to hundreds of campuses around the country; link below).  It’s also my alma mater.  And last night, for the first time in a while, “Whiteout Weekend” returned, culminating with a home game against its arch-rivals, Plattsburgh State.  I was supposed to be there.  I had purchased tickets in advance, looking forward to taking a young cousin of mine to his first game. 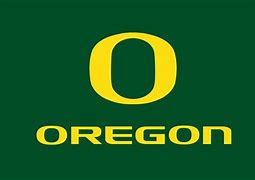 Then reality set in.  Cash flow woes, that whole Omicron stuff yet again that seems to hang over Los Angeles and my world like a festering abyss.  So, like so many other experiences of late for far too many of us, I reluctantly ate the modest cost of the tickets, passed on the more expensive cost of travel and instead settled in to watch the award-winning WTOP-TV 10 broadcast, live on Twitch, donning my green and gold.

Green and gold are colors that are omnipresent in my life.  Aside from my Oswego State Lakers, they are also the colors of the Oregon Ducks.  Some pretty special people in my life were and are Oregonians, and perhaps the most enjoyable outdoor college sports experience of my life was in Autzen Stadium in Eugene a little over 13 years ago,  Eugene is a beautiful venue for college football, and despite a snowstorm I had a blast watching the Ducks edge Arizona 55-45 on that November day, making its mascot pant with exhaustion by game’s end.  Every time the Ducks score, the Duck does as many pushups as their total score of the game at that point.On that day, the duck did 295 of them.  Incredible he didn’t have a six-pack.

Green and gold are also the colors of the Green Bay Packers, yet another small town mecca for sports, and, of course, they are the colors that define money and success.  So it seemed almost preordained that tonight was going to be a salute to all things green.  Naturally, I settled in for yet another bowl of homemade soup.  Tonight, of course, it had to be broccoli cheddar. 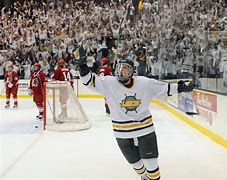 My Lakers kept up their end of the bargain, besting the Cardinals 5-2 , led by an early goal by Tyler Flack that set the tone and cemented by a couple of second period goals by Garrett Clegg and Conor Smart within 35 seconds of each other.  The newly renamed Deborah F. Stanley Arena, named for the recently retired longtime college president whose association dates back to my era, was rocking.  Pandemic?  Weather?  Are you kidding???!!  We beat friggin’ Platty DOWN!!  We moved into a tie for the conference lead with our other arch-rival, Geneseo!!

If I could be anywhere in the world tonight, Green Bay would be a close 2nd to @sunyoswego for the annual @OswegoMHockey #OzWhiteOut game vs. @Cardinals_MHKY – Give ’em hell Lakers!

When that game ended, the Packers were leading their NFC playoff game with the 49ers.  Aaron Rodgers, the self-proclaimed expert on vaccinations and Jeopardy! hosting, was about to infuriate an entire sector of America by advancing toward what most pundits believed was an inexorable march toward a second Super Bowl title. Then a blocked punt, a horrific draw play call that resulted in a quick turnover, and an impressive late drive by his 49ers counterpart Jimmy Garropolo resulted in a game-winning field goal by Robbie Gould as time expired. 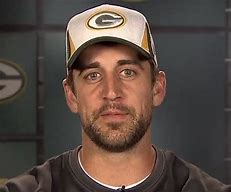 The Packers and Rodgers were eliminated.  The same pundits that predicted that the Packers would wind up here for the Super Bowl now muse that Rodgers has played his last game as a Packer, along with many others, and that a rebuilding is imminent.  All of a sudden green and gold do not necessary mean success.

The best thing about the 49ers advancing means that if the Rams can beat the Tampa Bay Buccaneers later today they will, as a 4 seed, host the NFC title game for the first time in their history.  I may not have been able to afford Oswego, but you can rest assured I will somehow find my way back into SoFi Stadium next Sunday for that one.

Even if I somehow cannot find another human being in my world who is comfortable enough to go to an actual football game live, I absolutely cannot let the chance to be in the stands among people I’ve never met who share my degree of resolve and passion.  More than ever, I crave human contact.  When I see fans cheer and hug, even (gasp!) without N-95s, and somehow don’t contract the virus when they do, it makes me far more resolved to find a way to be a part of the action rather than as a vicarious participant.  Soup can wait.  Go Rams.

SUNDAY AFTERNOON UPDATE:  The Rams did their part, winning with yet another walk-off field goal after blowing a 17-point lead and allowing Tompa Bay to rally to tie in the last minute.  As of this writing, though, the cheapest ticket for next week’s championship game is $544.  A bit steep for this wallet.  I’ll revise my wish list for human contact to be a good seat at a Rams bar or, G-d willing, SOMEONE I know being sane enough to be willing to sit in the same room with me.  I’ll even cook.  In my world, even that hope can be pious.  Thanks again, Barbara Ferret–er–Ferrer..