It’s Better Than A Paper Route

My first paying job was a paper route delivering the afternoon Long Island Press door-to-door to homes in my neighborhood after school so communting husbands had something to lock themselves in their bathrooms with while they waited for dinner to be prepared, so as to avoid any idle conversation with their beleaguered wives.  It skirted child labor laws, to be sure, but it gave me a few bucks for baseball cards and, occasionally, a transistor radio.

These days, what few paper routes still exist are generally held down by early-rising immigrants who handle virtually all of the remaining print editions to service dinosaurs like myself who are becoming increasingly extinct.  So what’s a school-age kid to do these days for a few bucks?

Well, if you’re a talented athlete, you can always rely on name, image and likeness, and those at the top of that food chain are making a whole lot more than baseball card money.  California is one of 14 states that allows high school athletes to benefit from the NIL gravy train that altered the college athletics landscape last year, finally allowing players to personally earn money from their talents that have funneled millions into their schools’ accounts who have exploited their names on jersey sales for decades.  So it was arguably inevitable that as the college pie grew exponentially, high school athletes would eventually get on the bandwagon themselves. 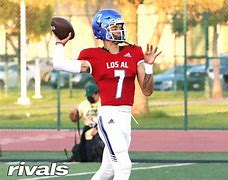 So for standouts like women’s soccer stars Alyssa and Gisele Thompson, sisters from the prestiguous Harvard-Westlake school headed for Stanford and Team USA, and Los Alamitos quarterback Malachi Nelson, who will likely lead USC into the Big Ten in two years, NIL was a given.  For the rank and file who may never play a single down at the NCAA level, it wasn’t assured.  As a result, yesterday’s news that the St. John Bosco football players have collectively reached a deal to promote a Dallas-based sports performance company’s products–the first such arrangement with an entire team–was not only inevitable, it was downright heartwarming.

The players for the Bellflower, California school, currently the nation’s #2-ranked football program, will have the option to participate in an endorsement program for KONGiQ.  As reported by the Daily Breeze:

KONGiQ said it will “provide an NIL opportunity to each member of the St. John Bosco High football team for the 2022 season …”

Sources told the Southern California News Group that the deal, which is being offered to every player on the varsity team, is worth $400 per player, made in two payments ($200 per semester).

But because current California state bylaws prohibit a team from entering into an NIL deal (as opposed to individuals), a “clarification statement” was hastily prepared to assuage any purists who dared think an institution would endorse such an arrangement.  The Breeze continued:

“Prior to any student-athlete executing a Name, Image, andLikeness agreement, we ensured that it was within the following CIF rules: 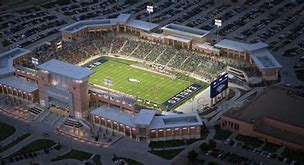 Well, that’s on them.  As for St. John Bosco, they will merely be jetting to Allen, Texas to compete in an opening weekend inter-state tussle being held at a $60 million on-campus stadium in front of an anticipated crowd of more than 18,000.  On an opening weekend when the ESPN family of networks will cover seven other such inter-sectional matchups ahead of the majority of college season openings.  Because, you know, we can’t wait for football on TV.

Anyone who’s ever seen FRIDAY NIGHT LIGHTS, either the TV series or an actual high school game, knows darn well how passionate and emotional the fans of teenage athletes are, and how fleeting their possible moments in the spotlight can be.  Until last year, all student-athletes had to cling to was hope, which for the overwhelming majority of them never materialized to anything more.  To call that unfair would be an understatement.

It’s 20-friggin-22, and if duck-lip pouting girls in tank tops can be paid to be influencers for makeup lines, their boyfriends certainly should have the right to be paid to share their experience with the likes of KONGiQ.  Once again, per the Breeze:

“Actors, models, singers and musicians in high school have been earning from their talents and Name, Image and Likeness for years, and now as media changes, we see young product influencers making large sums as well,” said Mouzon Bass, CEO and president of Bass Enterprises, which owns iNPOWERiQ, KONGiQ, HealthiQ.

“In this new reality, students now also have the opportunity to earn, and learn about their own brand and marketing themselves, while enhancing their performance, health and fitness.”

He’s absolutely right, and for the more obscure Bosco players who may never see another dime from their efforts, here’s hoping their $200 goes for something truly worthwhile–perhaps Christmas gifts?  Or whatever is the equivalent of a transistor radio these days.