It’s A Marathon, Not A Sprint

On an otherwise slow Sunday where no playoff post-season action of consequence is going on, it was a good time to check the MLB standings.  Interestingly, most teams are hovering around the 60-game mark, which was the length of the entire 2020 season.  And if you’re a Dodger fan, you were reminded of thar reality painfully last night.

On a night where their once imposing National League West lead shrunk to half a game over a surging San Diego Padres club with a second consecutive loss to the defending division champ Giants (who themselves are now just 4.5 games back), they learned that Walker Buehler, arguably their best post-season pitcher in 2021, would be lost for a “good chunk of time”.  His last three starts were uncharacteristically awful, the most recent of which was a four-inning effort allowing three runs in Friday night’s series-opening loss at Oracle Park.  Current projections by Dodger management says he will be out for “six to eight weeks”.  As a Mets fan who has heard the same about Jacob DeGrom since last July, I’d advise Dodgers fans to be hopeful but dubious.

Speaking of the Mets, they no longer have the largest division lead of anyone in baseball, with the defending world champion Braves 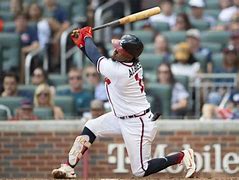 having now rattled off 10 consecutive victories and the Mets, as they often do, hitting a few speed bumps on their typically difficult West Coast trip.  They’ve allowed more than 10 runs twice and 38 runs in their last four games, including 11 to the struggling Los Angeles Angels (currently) of Anaheim.  The Braves have closed to within 5.5 games and are clearly still a threat.  So, too, are the despised Phillies, who have gone 9-1 in their last 10, eight of which have been under the watch of new manager Rob Thomson.

That could be inspiration for the Angels, who had lost 13 consecutive games before Shohei Ohtani shut down Boston with both his arm and bat on Thursday night which has allowed the Astros to open up an eight-game lead.  That drop cost manager Joe Maddon his job. 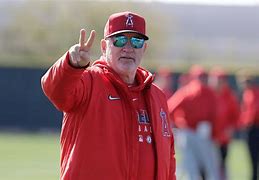 But the Angels are still in second place, and just 2.5 games out of a wild card spot.  Noah Syndegaard faces his former team for the first time tonight in front of a national TV audience, and Mike Trout returned to the lineup with force last night, slugging two home runs in a 11-6 shellacking of the Amazins’.

And speaking of home runs, Aaron Judge seems determined to conitnue to his assault on the Yankee record book, both currently with his on-field performance and potentially in the next off-season with free agency looming and the potential of a $400M+ payday.  Last night, he slugged two more to give him 24, a pace that would tie him with Roger Maris’ famed 61 for a 162-game season. That performance, along with outstanding starting pitching, has the Yankees now having the largest division leadm 8.5 games over the Blue Jays.  But with that said, Toronto has played improved ball of late and is physically healthier than they’ve been of late.  Judge, on the other hand, has a history of missing extended time with injuries. 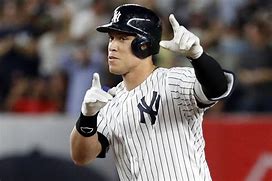 At a time when the NBA is saber-rattling about a shorter regular season, and other leagues and sports by definition place emphases on regular season games with scarcity, we are reminded that there are some advantages to a 162-game, six-month marathon.  Even when you’ve had an extended period of relative health or a long losing streak, as long as the days are getting longer and the weather getting hotter there’s time for a turnaround.  The Dodgers were outstanding under trying conditions in 2020 to be sure, but the events of the last week point out that as much as it can be defended otherwise their championship was not exactly a traditional one, and they’ve got their work cut out for them to try and capture one that is.