Father’s Day is probably a happier day for many of you than I these days.  I’m not a dad, and likely never will be, and even those closest to me seem to be busy living their own lives to even throw me an e-moji these days.

My own dad left us in 2014, and it was on the Saturday before Father’s Day when he coded in a rehab center where he was attempting to recover from complications from cancer surgery he had recently had.  A depleted staff who had given many of their more experienced workers the holiday weekend off, and after a procedure he was somehow dumped into a general room rather than the ICU he required.  He apparently wasn’t breathing for at least five minutes before the mistake was discovered.  It was a miracle he was still breathing.

I heard about this from 3000 miles away, my overwrought sister frustrated by the incompetency of the rehab center staff and the inevitability of what we knew was not far off.  She needed a vacation, and I needed some time away from my own world,  So I flew to New York, alone, and prepared to say goodbye. 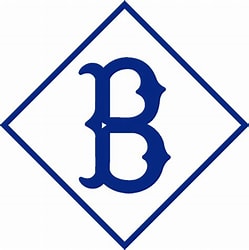 My dad was a passionate sports fan like myself, particularly baseball, which is ubiquitous this time of year.  His beloved Dodgers were in the middle of a really good year; earlier that spring we had spoken and as ill as he was he knew they were off to a good start.  I had just gotten an IPhone upgrade, and of course I had the MLB.TV app on it.  So with Dad unable to speak, it became our soundtrack as I watched him struggle to breathe.

Fotunately, they had a couple of early starting games that week, so I was able to be in his room to watch Vin Scully’s calls.  Dad was introduced to Vin as a teenager himself, and of course he was his favorite announcer.

I honestly don’t recall much about the results of those games; I was too busy having a one-way conversation.  Thanking him for trying his best, thanking him for his incredible patience when I rarely deserved it.  Grateful he at least knew his grandchildren, who my mom never got to know.  Sad that he was going to likely miss the Dodgers winning a pennant, which if you asked him he’d able to robotically rattle off when they had previously done so, in how many games they won or lost their series and who was the starting pitcher.

The ’55 Dodgers, Brooklyn’s only World Champion, had particular relevance to him.  They were to him what the ’69 Mets are to me or the ’72 Dolphins are to some others or the ’04 Red Sox are to their fans.  They were the first champions in their franchise’s history.  You never forget your first if you’re a true fan.  He knew way more about that World Series.  He counr recount batter by batter, play by play. 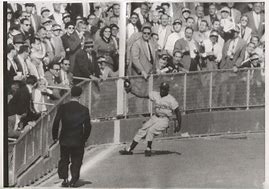 For an otherwise inarticulate man, he could describe Sandy Amoros’ catch in Game 7 eloquently and emotionally, as only a true fan could.

While I couldn’t swear under oath this happened, when the Dodgers secured a victory and Vin was doing his wrap-up, I could feel my dad grip my hand ever so slightly.  Naturally, I cried for a while after that.

The World Cup was also going on then, and when I left his hospiral room a number of orderlies and other visitors were gathered in the lobby watching the matches.  I needed some time to clear my head so I bought a bag of chips (I was eating much unhealthier then) and watched the matches.  Dad was not a soccer fan at all; it’s perhaps the one sport I recall watching alone, even during the glory days of the Cosmos.  But I had learned to embrace the game through my British grandfather, and I knew the Cup matches were of national importance to fans born outside the U,S..  Queens, where he lived, is perhaps the immigrant capital of the United States, so the cacophony of noise of those gathered was especially loud by hospital standards.

I made small talk with a few of my fellow viewers, thrilled whenever a goal was scored.  I’d find some reason to develop a rooting interest.  Colombia for someone who was wearing its colors.  Italy, just because.  England and the U.S., of course.  Again, the games themselves were a blur, and as I write this I’m frankly too exhausted and emotional to look up the specifics.

My point is that sports fanaticism was a therapy for me growing up and it was especially so as my dad was exiting this world.  It brings people together whether they are related by blood or they meet by chance.  I truly, truly enjoy watching games with people who share my passion.

These days, my world has mostly disintegrated.  Way too many of my friends couldn’t care less about sports; those that do are so impossibly, inexcusably petrified by COVID they refuse to have any contact with anyone, let alone me.  They’re certainly not going to risk their precious health by sitting outdoors in a stadium or even on a patio watching.  Occasionally, I’ll find someone new to sit next to who cares and will go, but honestly, it’s a struggle.  People who do lead lives are busy.  I’m that rare soul who has the time but almost always no one to go with.

Just like I was when I an obese, ostracized kid,  Where my dad often filled the void as my constant companion, both in person and via TV.

The Dodgers are in the middle of another good season. I wish he was still around to share it with him. He made me the fan I am, and I guess I just took it to another level.  I’d like to think he’d be proud.

So if you’re a dad and/or your dad is still around, try to spend a few minutes tomorrow watching something with him.  I suspect if you;re reading this, you like sports a little bit.  But even if you don’t, spend a little time with him.  If possible, in person.  Time and geography took too many of those Father’s Days away from me, and I now regret it.  Don’t you make the same mistake I did. 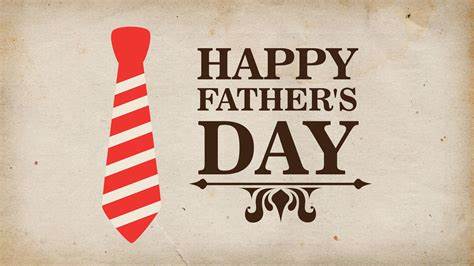 Happy Father’s Day, Dad, wherever you are.  The Dodgers are in a dogfight for first place but they’d qualify for the playoffs if the season ended today.  Jusrt so you know.