I Got The Horse Right Here…

Today’s perhaps the one day of the sports calendar year where even the casual fan concedes that horse racing is still a major spectator sport.  At Churchill Downs in Louisville, the 148th running of the Kentucky Derby will take place a little before sunset, culminating a seven-hour countdown day that will spread across the NBC panoply of networks and platforms that, for the first time in three years, expects to chronicle an on-site crowd of more than 100,000 sip mint juleps, 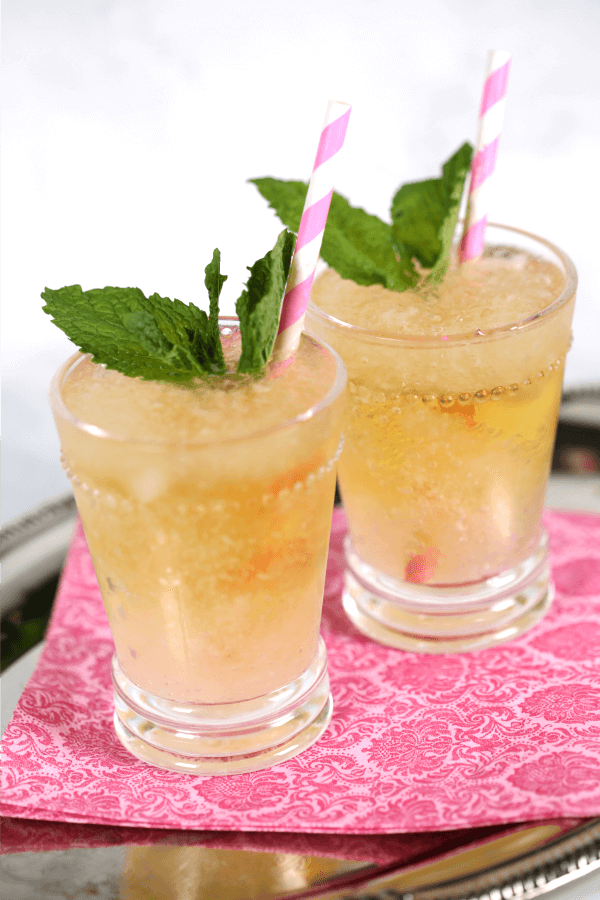 don gaudy hats, dress like plantation owners and will likely have a few bucks bet on the outcome of a roughly two and a half minute sprint of 20 three-year-old horses most of them have never seen before and likely will only see those again who compete in the subsequent Triple Crown races, the Preakness and, if the Crown is still up for grabs, the Belmont Stakes.

A century ago, the sport was called “The Sport of Kings”, and the societal elite would dress up in the outfits I described above frequently, and the Derby would be the kickoff of a summer of stakes races that would effectively start in Louisville, continue through the Triple Crown and culminate in several big races at historic Saratoga in upstate New York.  If you were one of the elite who owned a stake in a thoroughbred, you likely began your track tour a few weeks earlier with the key preliminary races in Florida, California and at the Wood Memorial at Aqueduct in New York City.  Since I’ve never been confused with the Great Gatsby, that circuit was and is alien to me.

Today, I’m a more casual fan, but thanks to my British grandfather and a much less congested sports scene a half a century ago I could have become a degenerate gambler.  Poppy, like many blue-collar workers, had his “guy” at his nearby tavern, and would frequently make phone calls to bet a few of the day’s races at the New York tracks.  He’d win a little, lose a little more, owe more than he wanted to but, thankfully, never got too far down to get into any real trouble.  To the best of my knowledge, he died with his kneecaps unharmed and intact.

And when I was cast in my junior high school performance of GUYS AND DOLLS as Nicely-Nicely Johnson, the cherubic tout who belts out the opening line that serves as this piece’s title in the show-opening FUGUE FOR TINHORNS, I became a bit more infatuated with gambling on horses.  (Hey, I looked more like Stubby Kaye than most 13-year-olds did).

At the same time, New York City legalized off-track betting, or OT.   in the early seventies, the underground appeal of the sport suddenly was more evident.  Seemed you couldn’t go more than a few blocks without seeing a storefront where those three letters beckoned, and closed-circuit televisions played the race cards from local tracks and, during the winter, at the warm weather venues where the elite were racing and the common folk were betting.  As Poppy was beginning to slow down, he’d ask me to “go down to the parlor” and drop a few on his picks for that day’s card, promising me a cut of any winnings he would get.  Since it would often get me out of a boring day watching my grandmother grind liver for her famous chopped liver recipe, I always was eager.

OTBs offered refuge to plenty of middle-aged and elderly men looking for action but either too moral or poor to find it at a massage parlor.  These were the types who taught me how to read a racing form, study past performance charts, basically do what I loved (research) for a possible monetary return.  A win payout of $4.80 was big bucks in those days. 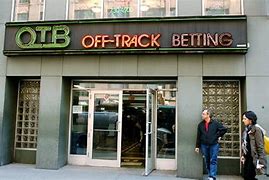 So as I learned how to become more facile, and as Poppy’s trust in me grew, I’d buy a racing paper such as the Daily Racing Form or the more sports-inclusive Sports Eye and we’d go through the selection process together before I’d head off to place bets.

As the popularity of OTBs grew, so too did the availability of the day’s racing cards.  Local cable TV began to air the day’s racing cards live, and several radio stations would break in with live calls as well.  Daily recap shows on both TV and radio were popular.  And why not?  In hindsight, it was one of the first forms of interactive television.  and in times before college and international sports were widely available one of the only live sports typically available to watch on TV on colder days.  Naturally, I started watching more.

As it turned out, I never could quite grasp the ability to pick winners regularly, and I began to develop more pronounced interests in other expenses like baseball cards and video games.  When Poppy passed away my own desire to watch races began to wane.  The OTBs frankly got even seedier; in New York they were often venues where drug deals would go down (hey, there was lots of ready cash).  In New York City, OTBs began ti disappear, going away completely in 2010. 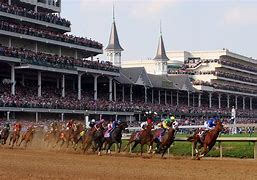 But the Derby’s still around, and this year’s expected renaissance has lots of anticipation behind it.  I know enough to know that in a crowded field such as the 20 that squeeze into every available slot in the starting gate the chance for all but the best horses to start slow enough that they can be edged out by a lesser competitor and/or a smarter jockey is rampant.  With that knowledge, and such a wide field, those that do take bets know darn well it’s gonna be a field day, with handles often exceeding eight figures through measured sources and far more than that when you factor in bookies.

For what it’s worth, my pick is Messier, maybe because he’s a relatively short 7-1, maybe it’s because he has the same last name as a great New York Ranger.  The real experts are leaning toward Zandon and Epicenter, FWIW.

But who are you going to believe?  Them?  Or Nicely-Nicely?