I Get A Kick Out Of You

While one summer sport stubbornly refuses to resolve its internal strife and get down to business, another begins its season tonight.  Major League Soccer returns to action today for its earliest start date yet, bowing in nine cities from Philadelphia to Portland despite March still not being upon us.   I, for one, am grateful.  And this may be the best opportunity yet for the league to gain a bit more traction with similarly starved fans.

I’ve always a fondness for soccer, futbol, or football, the name depending upon the derivation and depth of your ethnic roots.  Mine are 50% British, and my maternal grandfather was a passionate fan of Tottenham Hotspur.  As a London East Ender, the Spurs were in effect his neighborhood team, and as a boy he’d sneak into White Hart Lane to catch a match while his father’s friends braved frigid temperatures to watch ninety-ish minutes of 20 men running upon and down a pitch in the pursuit of perhaps one or two scores. 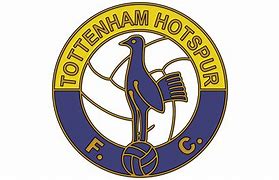 They were conditions that merited brandy and patience and fostered lifelong loyalty.  Even in his seventies and a continent away, he was impassioned enough to urge me to learn how to read scores properly (the home team always is listed first regardless of who won, zero is “nil”, a tie is “-all”) in the agate type of the Sunday New York Daily News.  Even the “bulldog” edition which would never have night game scores from other sports would have the results from Britain, Spain, France and Germany, as well as their updated tables (standings).  I became a fan learning how to keep his fanaticism alive despite failing eyesight and dimming memory.

When American pro soccer made its first land grab in the 70s with the North American Soccer League, it was an outright gold rush spearheaded by the New York Cosmos.  The team was the embodiment of largesse and swagger, signing world-class stars like Pele, Giorgia Chinaglia and Franz Beckenbauer, among others, and they played in the brand new, state-of-the-art Giants Stadium in front of sold-old crowds.The league eventually reached 24 teams, many of which were nowhere near as well-funded nor played in such grandiose environs.  I saw the Cosmos play the Rochester Lancers on a chilly Sunday afternoon during the Lancers’ final season playing at a suburban high school in front of less than 10,000 mostly inebriated fans.  Naturally, I was hooked.  I later saw the Fort Lauderdale Strikers in person at their own high school stadium, with dimmer lights than most alleys in my neighborhood.  Who needed Miami Vice when you had Broward County heat? 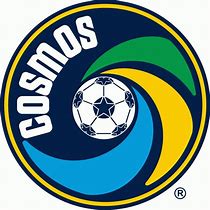 The NASL imploded, the sport struggled through the late 80s and 90s, but in 1996 Major League Soccer emerged with fewer teams and a focus on working toward a model of “pitches” rather than American football stadiums, providing more intimate surroundings that would eventually serve smaller but more passionate fan bases.  The Columbus Crew were the first example of that, playing in a soccer-specific stadium in a city coincidentally lacking a major league baseball franchise.  They were a success.  The model was replicated even in larger cities, with venues frequently being chosen in upscale suburban areas where youth soccer players and the soccer moms could go as a family and root with churros and cokes the same way European fans rooted with alcohol.  Red Bull Arena in New Jersey, Dignity Health Park in South Bay (Los Angeles), similar stadia on the outskirts of Philadelphia, Dallas and Kansas City regularly sell out.  There’s tension, athleticism and matches almost never exceed two- and one-half hours total even with stoppage time.

While more knowledgeable fans of the sport correctly point out that the quality of play and players is superior elsewhere in the world, given its current appeal MLS more closely resembles Triple A minor league baseball, and is priced accordingly.  Head-to-head with MLB and the NFL, it obviously pales.  But with the Super Bowl barely in the rear-view mirror, and MLB in lockout mode, with the shortest gap between the end of the NFL season and the start of MLS’ ever, this may be the most opportunistic time for the league to gain some traction.   Way too much of the country is still gripped in the throes of its own lockdown, winter weather is harsh in many cities, and G-d knows we can’t watch the news these days.  The NBA and NHL seasons are in their respective dog days.  We are still a couple of weeks away from March Madness.

If ever the stars had aligned for action-starved fans to give MLS a chance, this weekend is one of the best opportunities ever for said fans to do so.  Virtually every match is on TV somewhere.  I’ll be watching a couple of them.  No churro or brandy flask to be seen.  But I’ll probably have an English muffin.  My grandfather would approve.