Hot Cheetos and Takis and Reach

My poor little surgically altered stomach can’t quite handle spicy foods, so I’m typically frustrated when I get a craving for a snack and see more different variations of flamin’ hot chips, popcorn, burgers and pizza at my local strip mall.   I’m well aware that the likely reason these flavors dominate the shelves is because they sell, and there’s more consumers out there seeking jalapeno and ghost pepper-infused crunchies than moi.

So when I see the vitriol and consternation abounding among my social media peeps about how recent choices for halftime show entertainers at the Super Bowl and hosts for this year’s Oscars are perceived as downright blasphemous, I’m both bemused and saddened. You may not personally see the logic behind the booking of Snoop Dogg and Emimem by the NFL the same week that Brian Flores files a class action suit against its teams, or the announcement that three women–two African-American, one of those gay and known primarily for television–will host this year’s Oscars.  But their fans do. 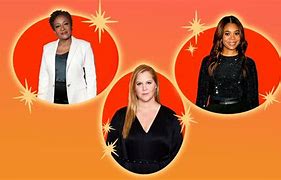 And if you’re in a position to drive consumption to a declining medium, you are both personally and professionally motivated to find as many different reasons for someone to buy, watch or show up.  It’s the concept of reach. It is effectively replacing the outdated concept of average audience (AA), colloquially known as a Nielsen rating, in the currency of traditional television measurement and is already the accepted standard for streaming and digital media.  As multiplatform measurement standards such as total audience delivery (the metric NBCU is releasing for viewership to the Super Bowl and the Olympics), the connective tissue between the viewing on those platforms is in millions of cumulative viewers, not the percentage of those watching one of them at a particular time (essentially the definition of a rating).

Politics and systemic issues notwithstanding, it’s safe to say that a significant subset of people who are fans of Mary K. Blige may not necessarily know who Cooper Kupp is (shame on them; he’s f—in’ awesome) or those who adore Wanda Sykes may have watched The Power of the Dog.  But if they and you both watch the same broadcast or subscribe to the same platform or buy from the same store we all count in total reach.  More selective advertisers and marketers may get more granular and discerning as to how they will target their efforts once they buy in at all, in a similar manner that a shopper seeks out their grocery list in a market.

I’m a strong believer that streaming platforms and wider net TV events like the Oscars, the Super Bowl and the Olympics operate much like Costco.  You pay for the opportunity to shop, and that gives them a guaranteed revenue base to pursue the degree of options they offer.  So if the NFL wants to book rappers supplied by Roc Nation for its halftime show, 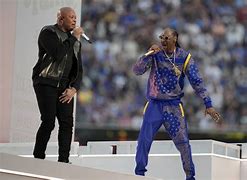 or the Oscars cast female TV stars as hosts, it’s no different than Costco providing Impossible Sausage as an alternative for hot links (I personally prefer the mild Beyond Sausage variety, but to each their own).

And aside from reach what marketers and advertisers covet most is engagement.  Obviously, favorable views are desired, but invoking passion to any degree, positive or negative, is a precursor to that.  Passion, as defined by consumption and choice, is the secret ingredient that powers algorithms for digital platforms and drives you to continue to engage, and hopefully subscribe–most ideally, at the expense of your competition.  If Costco can keep you from schlepping to Smart and Final, or Netflix keep you busy enough to avoid Paramount+, it’s a win.

So those who love Hot Cheetos and Takis have their Dame Jones (yes, I had to look that up), and, thankfully, I have my own same-named friend and we’ll probably share some goat cheese and veggies soon.  I doubt any rappers will write about our food choices, but we’re just as likely to buy them at a Costco as they are.  And I do like regular Cheetos, and I suspect a little sriracha sauce might make the veggies more palatable for fans of Da Rich Kidzz.  I’d love to share a lunch like that–I call it cultural dissonance.  Perhaps my social media buds can adopt a similar level of tolerance.  Here’s hoping.