While it hasn’t quite risen to the level of anticipation that the release of the NFL schedule has achieved, yesterday’s announcement of the 2022-23 NBA schedule was noteworthy enough to warrant a special hour on ESPN–at least for now one of its dedicated broadcast partners–and lots .of scrutiny from eager fans who are perhaps longing for cooler days and the excitement of a new professional season in the dog days of August.

Opening week is now just two months away.  Per the NBA website:

The first four days of the 2022-23 NBA regular season (Oct. 18-21) will feature eight national television games as part of Kia NBA Tip-Off 2022, with TNT and ESPN airing two doubleheaders each.  Those games will showcase 12 different teams, three rematches from the 2022 NBA Playoffs and rosters that currently include 15 NBA All-Star selections from last season and seven recipients of the Kia NBA Most Valuable Player Award.

ESPN will tip off its 21st straight year of NBA coverage on Wednesday, Oct. 19 with a doubleheader, which begins with the Memphis Grizzlies hosting the New York Knicks (7:30 p.m. ET).  The second game will be a rematch of a 2022 Western Conference Semifinals series, with the Dallas Mavericks visiting the Phoenix Suns (10 p.m. ET). 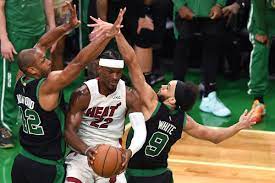 On Thursday, Oct. 20, TNT will present its second doubleheader of opening week as the 76ers host the Milwaukee Bucks (7:30 p.m. ET) and the Lakers meet the LA Clippers (10 p.m. ET).  ESPN’s doubleheader on Friday, Oct. 21 will have the Celtics visiting the Miami Heat (7:30 p.m. ET) and the Denver Nuggets facing the Warriors in San Francisco (10 p.m. ET) – rematches from the 2022 Eastern Conference Finals and 2022 Western Conference First Round, respectively.

NBA TV will tip off its live game coverage for the 2022-23 season on Saturday, Oct. 22 with a doubleheader as the San Antonio Spurs visit the 76ers (6 p.m. ET) and the Mavericks host the Grizzlies (8:30 p.m. ET).  The national television schedule for the first week of the season will conclude on Sunday, Oct. 23 when the Suns visit the Clippers on NBA TV (10 p.m. ET). 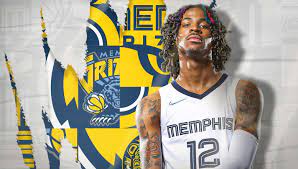 From there, the grind of the regular season will set in.  Holidays are again noteworthy.  The Christmas Day quintupleheader remains a signpost, with back-to-back games potentially stretching more than 13 hours, despite facing counterprogramming from the NFL.   Martin Luther King Day will feature a doubleheader that will again feature Memphis as a showcase city, and with the Grizzlies emerging as a bona fide draw both the basketball and the 55th anniversary of Dr. King’s slaying in that city bode to be memorable.

But perhaps the most noteworthy holiday celebration will involve games that WON’T be played.  Buried in the fine print of yesterday’s league-generated release:

As Election Day approaches, the NBA and its teams will continue to encourage fans to make a plan to vote and participate in the civic process.  New this season, all 30 teams will play on Monday, Nov. 7 on the day before Election Day, when the NBA will help promote voter participation, share important resources from voting organizations and highlight the civic engagement work of teams in their markets.  As part of this initiative, no NBA games have been scheduled for Election Day on Tuesday, Nov. 8.

Given the league’s core audience and demographic appeal, not sharing the spotlight on an early season November night may give more different people more of an appetite for the rest of the season if they get the chance to be heard in what can best be described as a crucial night for our country.   It would behoove us all if the results we focus on most from November 9 on involve triple-doubles, not allegations of voter fraud.