Early this morning in Augusta, Georgia a tradition 88 years in the making will take place at the National Golf Course when three of the sport’s living legends, Jack Nicklaus, Gary Player and Tom Watson, will tee off in their ceremonial opening drives.  A fourth will do something even remarkable, He will tee off for realisies.

Tiger Woods, who implausibly resurrected his game to win the last pre-pandemic Masters in 2019, his fifth Green Jacket and his first 14 years, will try and tie Nicklaus’ all-time record of 6 a quarter-century after his first title.  He’s also roughly 14 months removed from a near-fatal car accident that shattered his ankle, making it difficult for him to even walk during his rehab, let alone reignite his game.  At the identical age of 46 when Nicklaus won his sixth title Woods will attempt to pull off something far more than historic.  The personal and professional odds he has had to overcome are unparalled and unprecedented. 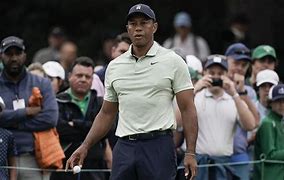 Long before Twitter, Woods was appointment television.  Research demonstrated that even regular season tournaments Woods would compete in delivered higher ratings.  When competitive, later rounds would do even better.  The confluence of miracles and timing in 2019 produced the most-watched round of golf in TV history, just under 11 million viewers on average and peaking at just nortof 18 million as Woods closed in on the title.  4.5 million watched a prime time REPLAY.

Like everything else, that number won’t likely be matched, at least on linear television.  But unlike the NCAA championship it WILL be on CBS, and that means another familiar entity, the voice of Jim Nantz, will host the broadcasts. 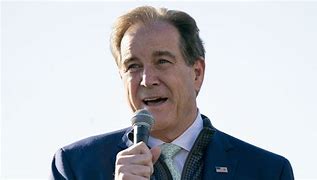 Nantz will sign on with the melodic guitar piece AUGUSTA under him, and he will once again utter those two words that invite viewers to pull up a chair, reach for a pimento cheese sandwich and a beverage and settle in for several hours of tension and relaxation unmatched anywhere else.

Yes. it’s opening day for baseball as well, and that’s a big deal,  Usually, baseball opens its seasons a few days earlier, so to the best of our knowledge this conflict is unprecedented.  Both are rituals steeped in tradition with more appeal to older viewers than not.  But this feels somewhat different.  Tiger Woods is a legend  He’s also a villain to many–his extramarital history and its impact on earlier comebacks is pop culture folklore.

So the calm of Nantz and the storm of Woods will serve notice to history later today. Welcome back, friends.