There’s less than 100 miles distance between Brooklyn and Philadelphia, and even less between the histories of their respective NBA franchises.   While there has been a gulf between their respective trajectories since the trade they consummated last month featuring their respective All-Star malcontents James Harden and Ben Simmons, last night served notice that they are a lot closer still.

Going back to the days of Julius Erving, who was traded Philadelphia at roughly the same time the Nets joined the NBA, these franchises have been intertwined.  The Nets fled New York for New Jersey when they had to pay the league and the Knicks more than $8M for the privilege of continuing to exist when the ABA folded.   Financially strapped owner Roy Boe had to unload Erving in order to continue to operate the franchise. so perhaps there was serendipity in his trading Dr. J. to the Knicks’ divisional arch-rival.  The enemy of my friend is my friend?   The Nets went from ABA champion to the worst team in the NBA between 1976 and 1977, and Boe was forced to unload the franchise which itself migrated to New Jersey.  While they awaited the construction of an arena in the Meadowlands that would put them closer to Manhattan than they were when they played at the Nassau Coliseum, the Nets endured four seasons at Rutgers University.  Warner Wolf mockingly would lead his highlights with the tongue-in-cheek reference “In Piscataway!!!” a lead-in that invariably would make my household laugh.  Often, they lost.  But in 1979 the Piscataway Nets did qualify for for their first NBA playoff series, a best-of-three against the Sixers.  I attended the one home playoff game they had, one they lost, of course.Erving, along with Moses Malone and others, won a title.  The Nets never got quite that far. 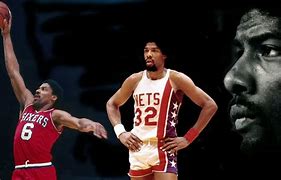 It took 35 years, but the Nets did return to New York State and now represent Brooklyn in a year when they alternate color schemes with the black and white they adopted when they relocated and red white and blue of their earlier eras during a 75th anniversary season where the mixtape uniforms are rampant.  My nephew, whose name begins with B and who grew up within minutes of Piscataway, is a huge fan; indeed, his bar mitzvah featured black and white yarmulkes with a B logo that mimicked the Nets’.  I was rooting hard for him and Brooklyn last night as the Nets visited Philadelphia for the first time since the Harden-Simmons trade. 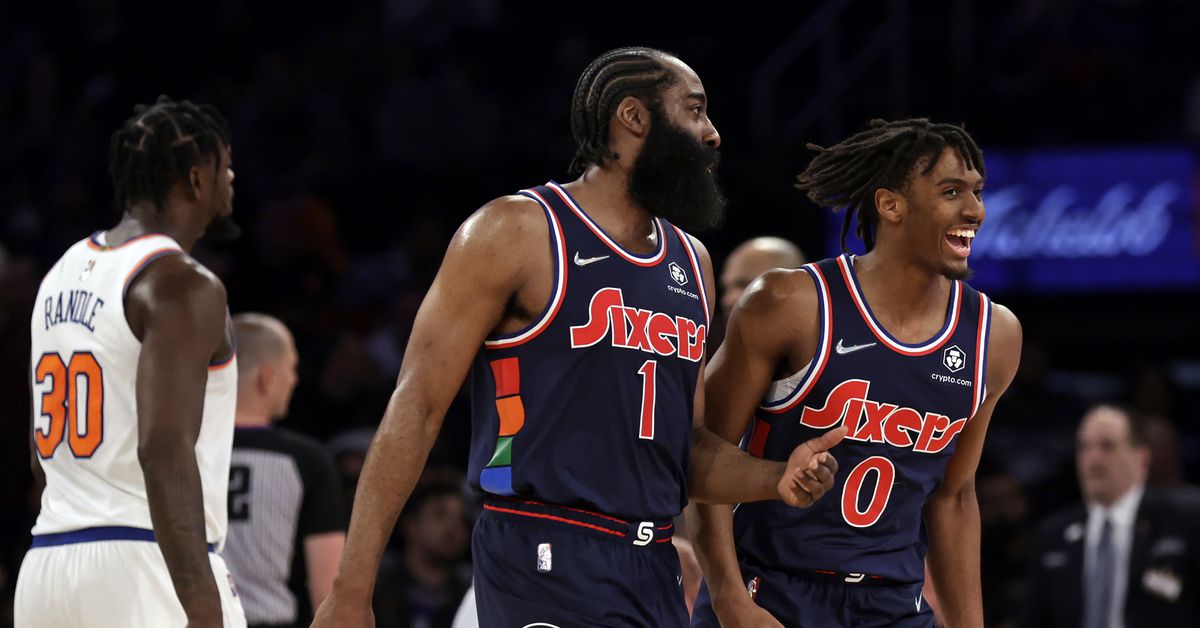 With Kyrie Irving able to play on the road, with a healthy Kevin Durant on the floor leading the way, and with Simmons a physical presence on the Nets’ bench, the Nets blew out the Sixers 129-100.  It was the Sixers’ first loss with Harden, but it was on a national stage and it was a doozy.   Harden in particular cratered, shooting 3-for-17 from the field.Joel Embiid wasn’t much better, going 5-for-17.    When your two top options miss more than three-quarters of their shots, that’s hardly a formula for success.

More importantly, the Nets rallied around Simmons, who showed particular resolve in making his Nets debut in the very arena where he was mercilessly booed out of after his own cratering during last June’s Game 7 against the Atlanta Hawks. Durant defiantly warned Sixers fans who showed up in droves on “Boo Ben” night that “it’s hard to boo when you’re down by that much”.   Irving contributed as well, and with loosening city protocols (helps that New York City mayor Eric Adams is a Brooklyn native and an unapologetic Nets fan) that are mirroring a more relaxed attitude of sports leagues (see NFL), there is growing optimism that Irving will be able to play at home come spring.  Throw in the eventual availability of Simmons on the court, not to mention his past and current teammate Seth Curry who has his own motivation to well versus Philly, well, this is a rivalry that’s hotter than ever.

And there is definitely a possibility that these two teams could meet in the playoffs.  It’ll be a seven-game series this time, and Piscataway won’t be a venue.  I’m gonna do my best to be there in person with my nephew.  It won’t be a cheap ticket.  But the experience will be priceless.