Hail to the WTFs? 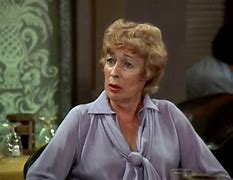 One of the most imposing executives I met early in my media career ran the FOX station in Washington, D.C.  She had been a highly auspiced reporter dating back to World War II, ran the news department at one of the nation’s first and most successful stations to run a primetime local newscast, and was promoted to run the entire station when FOX took over and wanted an even stronger emphasis on news.   She was supposedly the inspiration for the inspiring and much-awarded journalist aunt of Mary Richards on THE MARY TYLER MOORE SHOW, played so brilliantly in a one-off by the talented Eileen Heckart. that she not only returned on that show but in its dramatic spin-off, LOU GRANT, covering a political convention along with Ed Asner’s iconic and equally blustery character.

She knew way more than I did about news, and ran a station that rarely needed help getting a good rating, so my role as corporate executive was more of a rubber stamp.  I also learned that, sadly, she was already dying of cancer when I first met her, so her normally short fuse was understandably even shorter.  I struggled to make a connection with her, hoping to find a common ground.

When I casually mentioned the Redskins and my love for football her mood brightened, she reached into the top drawer of her imposing mahogany desk and pulled out a rubber pig snout.  The sign of fans of the “Hogs” whose defense led Washington to conference championships and Super Bowl wins in the 70s and 80s.

The site of this otherwise serious-minded, classy, brilliant, and increasingly frail lady wearing this ridiculous nose covering left me in tears of laughter, and breaking into the Redskins’ victory song “Hail to the Redskins” created a bond and a kinship that endeared me to Washington football fanatics, and to her until she passed away–far too soon.

I think of her when I look at the current state of Washington pro football.  Daniel Snyder has proven to be fsr and away the most toxic and self-destructive owner in a league apparently full of them, at least according to him, and sources for reporters at ESPN which dropped a bombshell report this week that Snyder is somehow continuing to remain as owner of this team despite a host of lawsuits and accusations of sexual misconduct, misoygny, arrogance and foolish investments that have resulted in the loss of the team’s original nickname(not to mention its silly interim name), a sizable chunk of its fan base and a great deal of its dignity.

According to more than 30 owners, league and team executives, lawyers and current and former Commanders employees interviewed by ESPN, the fear of reprisal that Snyder has instilled in his franchise, poisoning it on the field and off, has expanded to some of his fellow owners. Multiple owners and league and team sources say they’ve been told that Snyder instructed his law firms to hire private investigators to look into other owners — and Goodell. 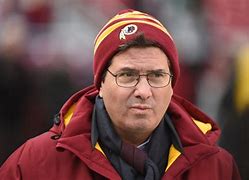 League sources say the NFL is aware that Snyder has claimed to be tracking owners. But none of the owners or sources would reveal how they learned of Snyder’s alleged effort to use private investigators. It’s also unclear how many owners are said to have been targeted, though sources say they believe it’s at least six. One owner was told by Snyder directly that he “has dirt on Jerry Jones,” a team source told ESPN, though the nature of the information was unclear. Another source confirmed that Snyder has told a confidant that he has “a file” on Jones, the Dallas Cowboys owner who has served as Snyder’s friend, mentor and longtime firewall of support.

Which is perhaps why it was particularly disheartening on some level to this team, now called the Commanders, win a 12-7 embarassment of a football game last night against a Chicago Bears team that, for all of their own problems, is at least a somewhat decently run franchise, at least on a moral level.  But the sad truth is that the histories of those who came before Snyder weren’t actually all that great, either.

George Preston Marshall founded the franchise in Boston in the 1930s, and as CBS Sports.com reported in 2020, had more than a few character flaws of his own:

During his time as an NFL owner, Marshall was strongly in favor of segregation, and although the NFL became integrated in 1946, Marshall held out until 1962 before signing his first Black player. The Redskins were the last team in the NFL to add a Black player, and the move only happened because Marshall was threatened by the government.

At the time, Marshall made it clear that he didn’t want any Black players on his roster and the only reason he ended up relenting is because John F. Kennedy’s interior secretary, Stewart Udall, told Marshall that the Redskins would lose their lease at RFK Stadium if he didn’t integrate the team. In order to keep the lease, Marshall ended up drafting Ernie Davis with the No. 1 overall pick in 1962. However, Davis refused to play for that “S.O.B.,” so Marshall was forced to trade him, which paved the way for Bobby Mitchell to become the Redskins’ first Black player.

After the Marshall era ended, the Redskins enjoyed some of the greatest on-field success under the leadership of Jack Kent Cooke, the powerful businessman who famously unloaded the Los Angeles Lakers in 1979 to allow the Jerry Buss Showtime era to emerge.  But as Wikipedia documented, at the same time Cooke’s personal life was clearly far less of a success story:

Cooke’s third marriage on July 24, 1987, to Suzanne Elizabeth Martin, a college dropout aged 31 at the time and 43 years his junior, was even shorter at 73 days.[14] Cooke agreed to marry Martin if she signed a prenuptial agreement and aborted the first-trimester fetus she was carrying (as a result of having skipped taking one or two birth control pills). It would have been her third abortion in two years.[15] After their wedding, Martin told Cooke she had changed her mind, deciding to keep the baby, and she and Cooke separated four weeks later.[15] After they divorced, Martin gave birth to a girl who was named Jacqueline Kent Cooke. In her divorce action, where her lawyers used the child as a “wedge”, Martin sought $15 million ($36,000,000 in current dollar terms) from Cooke, plus $18,000 ($43,000 in current dollar terms) a month in alimony and child support.[15][16] In Fauquier County Circuit Court, a judge rejected Martin’s request that he ignore the prenuptial agreement, and improve her financial settlement in which she received a $75,000 ($179,000 in current dollar terms) annual stipend, a Jaguar, and the use for five years of an apartment in the Watergate complex.[15] Cooke’s lawyer Milton Gould said: “This is a conspiracy to try to use a little kid as a means of getting money. Well, we’re not going to abandon this child. She will get money but the woman doesn’t deserve any…there have been few courtesans in the history of the world who have been as well rewarded as this one.”[15]

Cooke married his fourth wife, Marlene Ramallo Chalmers, who had been jailed for three months for a 1986 arrest for cocaine trafficking,[17] on May 5, 1990. They were divorced in late 1993 after she made headlines in September by driving drunk in the Georgetown section of Washington, D.C. with a man holding onto the hood and pounding on the windshield of her car.[17] They remarried in 1995 and remained together until his death. 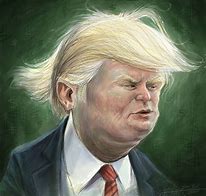 So now combine the racism of Marshall and the misogyny of Cooke, and add to it a child-like immaturity and vindictiveness that reminds people of a certain CEO who also recently called Washington home, and you effectively have Snyder.

But since its devoted snout-loving fans have apparently endured some pretty lousy leaders before Snyder, it’s almost understandable that they continue to root for their team regardless of their nickname or their perception.  Or disagree when Amazon announcer Al Michaels opines that the NFL would love to see Snyder sell the team.

They won ugly last night, just as Snyder continues to win ugly every day.  It was such a horribly played game–sadly, the second in a row for Prime–that it literally put me to sleep.

But I know there’s plenty of people as classy as my long-lost general manager who still continue to cheer, and who deserve way better, so I’ll hail them.

Just not the Redskins.  Or the Washington Football Team.  Or the Commanders.  Or its owner.