“God Is Living In New York, And He’s A Mets Fan”

When the Miracle Mets of 1969 shocked the baseball world by rising from the bowels of baseball ineptness to become perhaps the most unlikely World Champions in sports history, the face of their franchise was Tom Seaver, the unquestioned ace of their talented young pitching staff and at the time an exuberant and very public extension of their giddy and growing fan base.  In the middle of their improbable rise from 9 1/2 games behind the division-leading Chicago Cubs to world champs in less than three months, Seaver was asked how was any of this possible. 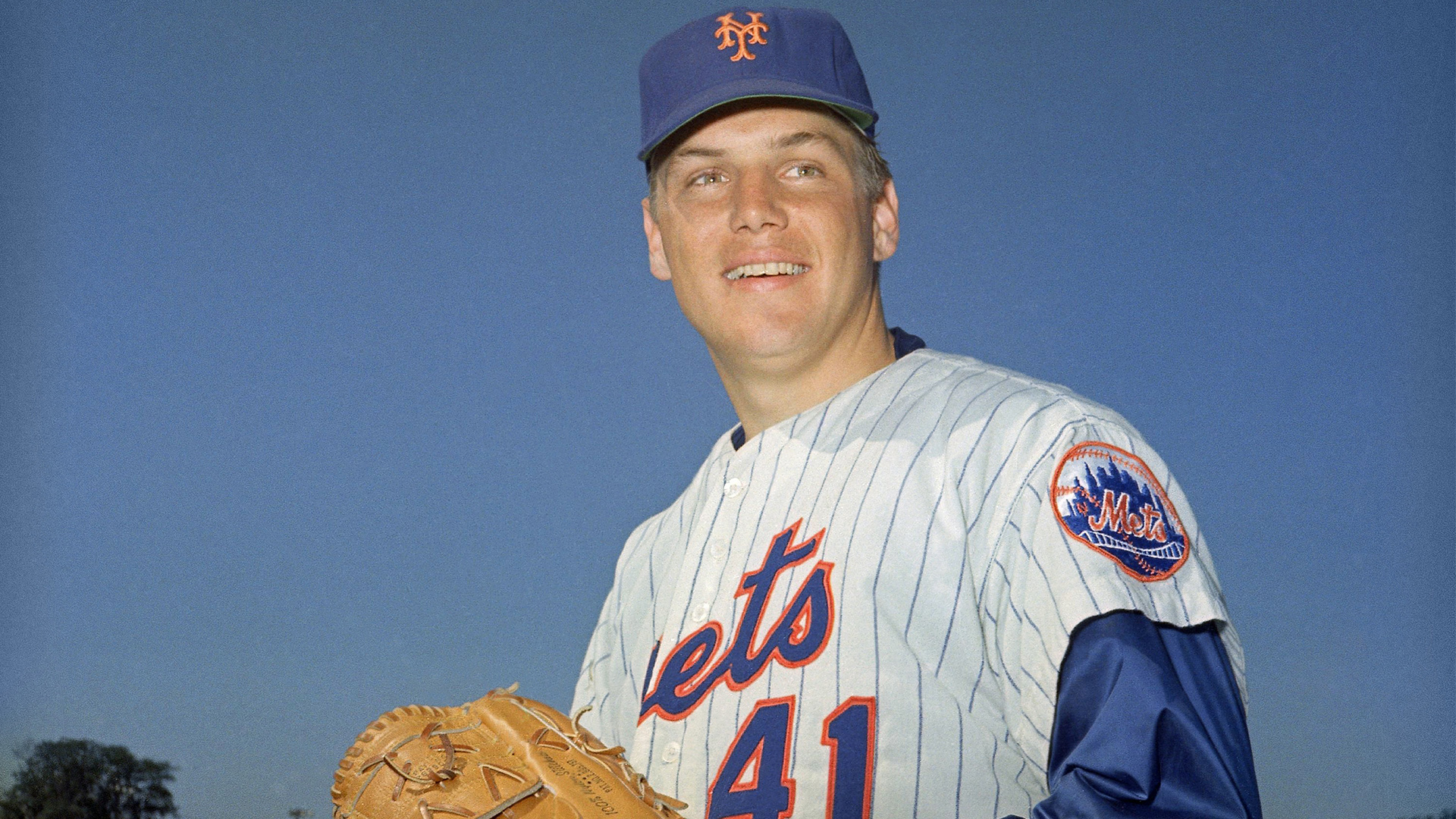 Well, now God has Seaver right by his side, and there’s clearly some renewed lobbying going on now that Tom has proximity to Him.

There can’t possibly be any other logical explanation for what happened last night in Philadelphia.

Beginning a four-game road trip against their despised divisional rivals, last night the Phillies erupted early and often on starter Taijuan Walker.  A flurry of first-inning hits and then back-to-back home runs in the fourth left the Mets in a 7-0 hole.  A sixth inner homer by Starling Marte off Phils ace Aaron Nola was a virtual afterthought.  New York native James Norwood, who had earned his first major league win at Citi Field last Saturday night, had three outs to get to secure a win, which on the heels of a blowout loss to the world champion Braves the previous afternoon had all the earmarks of starting a new cycle of negativity for the Mets.

Let me turn over the narrative from that point to the esteemed talents of MLB.com’s Paul Casella, who punctuates the recap with the modern perspective of win probability evolution along the way to statistically underscore exactly how insane the top of the ninth at Citizens’ Bank Park was last night:

Marte, who had accounted for the Mets’ only run to that point with a sixth-inning homer, beat out an infield single to kick things off — and even that itself was improbable. The hit came on a pitch that was just 0.57 feet off the ground, making it the lowest pitch Marte recorded a hit against since June 18, 2015 (0.39 feet).

As unlikely as that hit was, guys weren’t starting to come around just yet.

“I’m an optimist, but you know … ” Nimmo said, before trailing off with a laugh.

One batter later, Lindor jumped all over a first-pitch fastball from James Norwood, crushing a 421-foot homer to snap an 0-for-18 skid. Though the needle barely moved on the win-probability model — still giving the Mets just barely a 1% chance to pull off a win — it moved significantly more in the visitors’ dugout.

“Probably Lindor,” Showalter said about the moment he started to think a comeback was possible.

While the Mets still had a long way to go, the feeling clearly shifted at that point — especially with the Phillies scrambling to get closer Corey Knebel up in the bullpen.

“It was just one of those euphoric moments that just kind of took over,” Marte said through team interpreter Alan Suriel. “After that, that’s when the lineup really got it going and they were battling and battling, and we were able to take it to another level.”

With two on and one out, Canha welcomed Knebel to the game with a comebacker that shot off the closer’s leg and trickled away for an RBI single to cut the deficit to three.

Though Smith worked the count full, he chased a curveball in the dirt for strike three. Down to their final out, the Mets passed the torch to pinch-hitter J.D. Davis.

After laying off a pair of high pitches, Davis roped a line drive into the left-field corner to score Jeff McNeil from second base. Davis pulled into second with a double, while third-base coach Joey Cora held Canha at third to put two in scoring position for Nimmo.

“I’d say after Lindor’s home run I started thinking about it,” Nimmo said. “And then it became really real, especially after J.D.’s [double]. It was like, ‘OK, here we go.'”

Nimmo took advantage of a Knebel curve out over the middle of the plate, roping it into center field for a game-tying two-run single that sent the New York dugout into a frenzy.

“I don’t think it was shock, I think it was just happiness,” Lindor said. “It’s like, ‘Yes, we’re doing it!’ We all believed it [could happen], but it’s just like, ‘It’s happening, it’s happening.’ You don’t have too many nights like that.”

Marte added: “Once Nimmo tied the game up, that’s when I said, ‘Let me stand in there and do what I have to and get that base hit.’” 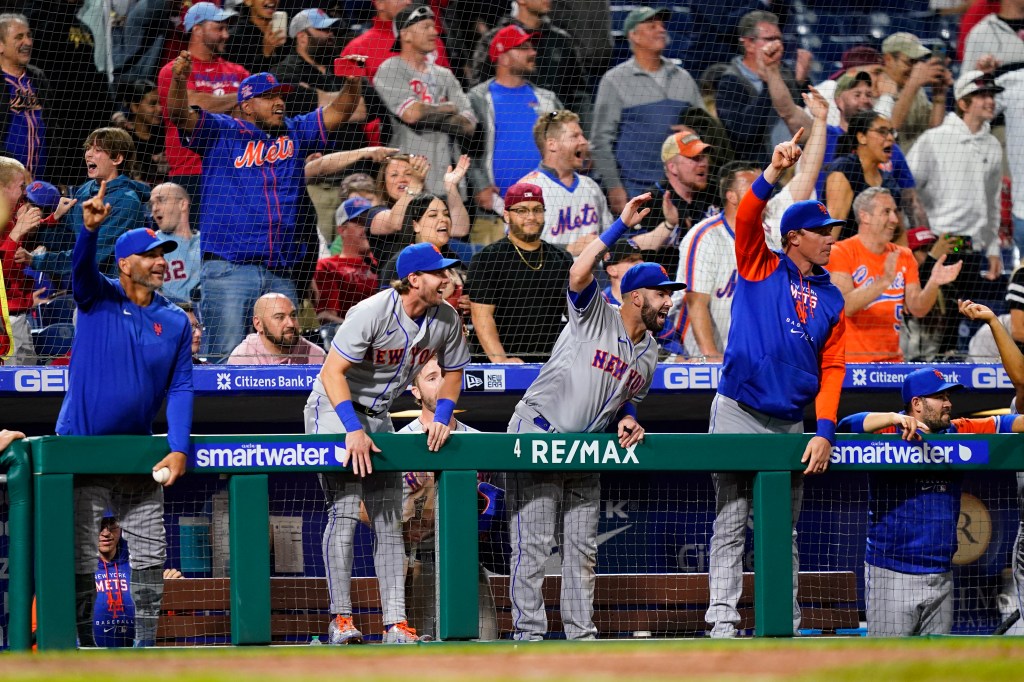 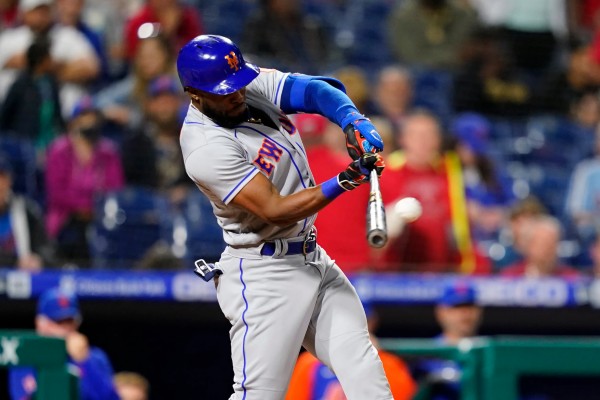 Marte wasted no time doing exactly that, smashing a first-pitch fastball off the left-center-field wall for the go-ahead double.

“The game doesn’t end until that team gets 27 outs,” Marte said. “So we go out there, we compete and we hope to be victorious.”

Edwin Diaz then came in for a one-two-three exclamation point, and the Phillies were, well, Phucked.

I had had a particularly crummy week to that point, so much so that even my most supportive friends were urging me to perhaps seek some meds.  M-E-D-S don’t work all that well for me these days.  M-E-T-S…well, that’s a prescription I’ll gladly take.

Sure, sure, the season’s not even 20% done, and we could go on ad infinitum about how the Mets have collapsed time and time again in the latter parts of seasons.  15 years ago the Phils made up a seven-game divisional deficit with 17 games remaining in the regular season to deny the Mets their second consecutive division title (a feat they had not and still have not accomplished).

But at that time, God didn’t have Seaver lobbying him intensely every chance he got.

For one beautifully improbable evening, for Mets fans it was indeed sunny in Philadelphia.

Thank God.  And thank you too, Franchise.