Getting Miggy With It

As Miguel Cabrera prepares to ascend to baseball immortality as the 33rd player all-time to reach 3000 hits I was reminded of the first time I saw him play live.  You’ll be able to read a lot more about him and his Tigers career in the days ahead to be sure.  My own memories will only be available here.  So here goes:

I’ve been blessed with being able to attend five different World Series games in my lifetime so far, the most recent of which was in 2003 when my FOX connection was able to secure me two tickets to the series opener at Yankee Stadium.  My sister, who growing up was forced to share my unbridled passion for the game, is still enough of a fan to be impassioned, and had never attended a World Series game on her own in person.  She had to endure my countless retelling of how I was able to attend the Mets Game 7 against Boston in 1986 on FOX’ dime and would endlessly tell me to stop living in the past already.  So, being the decent brother I am, I offered her a night away from her kids (toddlers at the time), offered to pick up the New Jersey Transit tab (limos weren’t accepted on expense reports), and off we headed to the Bronx.  We’re Mets fans first and foremost, but always appreciate the Yankees as a success story.  In 2003, the Mets were horrific, Jeter was still handsome, A-Rod was still in Texas, and the Yankees were fresh off their dramatic Game Seven comeback win over the Red Sox, the Aaron Friggin’ Boone home run winning them their fifth pennant in eight years.

One of the reasons the tickets were available at all was because most of the really high up execs were fully expecting this to be a series featuring the Chicago Cubs, who had not been to a Series in 85 years at that point and hadn’t won one in 97.  Instead, some dude named Bartman decided to catch a late-inning foul ball.  You can look up what happened after that.  Out of my respect to my Cub-centric colleagues Mr. Denavi, I’ll spare you the gory details for now. 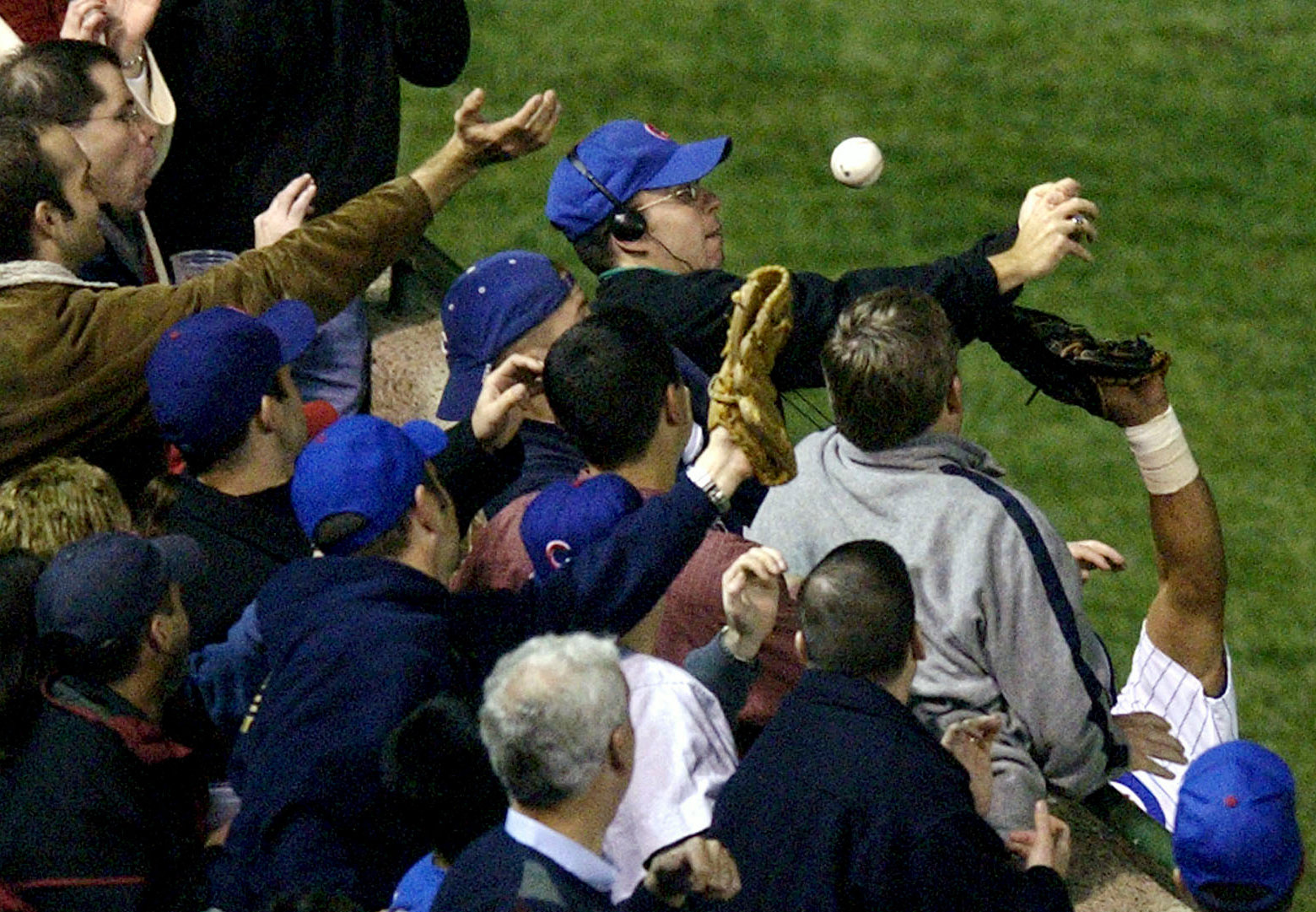 Spoiler alert, it was the Florida Marlins making their second Series appearance in their first 11 seasons, beating the Mets by one year for the quickest return to the Fall Classic of any expansion team.  The ’97 team that won in their fifth year of existence was populated by free agents and veterans who quickly left town when then-owner Wayne Huizenga saw his Blockbuster Video empire crumbling and commissioned a fire sale of his assets.  One of those deals ultimately saw him sell Sportschannel Florida to News Corporation in indirect exchange for him taking Mike Piazza’s contract demands off of Rupert Murdoch’s desk.  Huizenga had no intention of rebuilding his depleted World Champs, of course, nor could he even seriously consider signing Piazza.  Within a week, he was headed to the Mets, and as a result I developed a soft spot for the Marlins.

This team was owned by Jeffrey Loria, a Philadelphia art dealer with supposedly more capital than Huizenga had.  They grew a lot of talent in their farm system. so their 2003 club was driven largely by many of these up-and-comers.  Including Cabrera, who was a mid-season call-up at age 20.

Sis didn’t know a lot of the Marlins, so as we sat in a midtown deli just like old times I gave her the breakdown.  She thought that night’s starter, Brad Penny, was cute–though nowhere near as cute as Derek Jeter (Well, who is?)  She knew veterans like Pudge Rodriguez.  But I knew Cabrera and said, “Watch out for him”.  She laughed and wolfed down her meal, amazed my boyhood obsession followed me into middle age.

Cabrera went hitless that night.  Speedy leadoff hitter Juan Pierre drove in two runs in the fifth for what turned out to be the deciding runs, holding off a later home run by my personal favorite Yankee of that era, Bernie Williams.  Dontrelle Willis, another up-and-coming rookie star, came out of the bullpen to shut down the Yankees after Bernie went boom, and the Yankees lost both the opening game and home field advantage.

Cabrera didn’t make it back to a World Series until 2012.  His Tigers got swept, so he hasn’t been part of  another World Series win since the clincher a week later.  The Marlins haven’t seen a World Series since, either.  Neither have I.  And certainly not my sister.  Frankly, Sis and I don’t see each other much these days at all.

But that night two distant siblings got to sit in the stands at a legendary ballpark and enjoy a hot dog, a beer and each other’s company, just like we once did.  And perhaps might again.  Maybe for a game involving Cabrera?