When the New Jersey Americans moved across the Hudson River just before their second season in the old ABA, they were in search of a new nickname.  At the time, the Mets were beginning their renaissance that would lead to their “Amazin'” 1969 world championship, and their Shea Stadium co-tenants, the Jets. were in the midst of what would turn out to be their historic Super Bowl championship season.

So thinking that the rhyming connection would benefit their marketing, they stared at the basket at their impossibly outdated Long Island Arena and landed on “Nets”.  The same Long Island Arena they attempted to play their first-ever playoff game in a few months earlier after their first home, the Teaneck Armory, was unavailable due to a prior booking.  That decrepit arena in eastern Long Island, further away from New York City than was Teaneck, was home to a minor league hockey team thay had played a home game the night before.  The basketball floor that was hurriedly laid down for the relocated one-game playoff quickly became warped, and the Americans ended their existence with a 2-0 forfeit loss to Kentucky.

And thus the Nets earned their first belt notch in the curse of the -Ets.

Since then, they did win two ABA championships and their way into the NBA, where they now have been officially a part of New York City as the Brooklyn Nets for a decade.  They entered the league as defending champions and had engineered a trade for one of the era’s best playmaking guards, Nate Archibald, with every expectation of being fully competitive.  But the price for getting into the orange-ball league was ultimately their best player, Julius Erving.

Unable to pay both his escalating salary demands and the fees needed to encroach upon the Knicks’ market, and facing serious economic challenges of his own, owner Roy Boe was forced to accept the Philadelphia 76ers mercy offer of $3M in cash, plus the $4.8M fee due to the Knicks.  The Nets finished their first NBA season 22-60, fled Nassau for suburban New Jersey, floundered there for 35 years before Jay Z. and others rescued them.

And for a while, especially recently, the chance they would finally win an NBA title seemed decent.  Kevin Durant was a massive free agent acquisition, all but assuring the Nets they had the chance to claim the New York market as their own.   He was able to recruit his good friend Kyrie Irving to join him, and in 2021 they came within a literal inch of ousting the eventual champion Milwaukee Bucks.

But ah yes, that similar surname once again threw a monkey wrench into the championship plans.

As we all know, Irving’s Nets career has been one disruptive event after another, first injury, then his staunch anti-vaccine belief that reduced him to being a road player only for the balance of the 2021-22 season, and then an ability to outplay Boston’s stifling defense, eventually resulting in a first-round four-game sweep and a tipping point decision on whether, after missing 130 games in three seasons, he deserved a max contract at age 30.  Ownership was and is reluctant to do so.

The Nets all but offered him an amicable divorce, giving him and his team the right to find a new home.  But to do so would have left tens of millons of dollars of 2022-23 salary on the table; the Nets are scheduled to pay him $36.5+ next sesson.  And of the reported teams that he had interest in being traded to only the Lakers were open to discussions.  Given their own underwhelming performance, the market may be sexy, the team hardly.

Speculation was rampant that in refusing to pay Irving, his good friend Durant would also seek a trade, despite having four years remaining on his deal.,  Having already lost the third component of the desired hydra James Harden to his own issues, being replaced by the even more mercurial Ben Simmons (yet to play a minute as a Net), not much looked positive heading into a free agency market where clearly the potential availability of both Durant and Irving would eclipse.

Something had to give.  Of course, nothing did.

As many Nets fans have lamented of late, Irving chose himself first and his team second.  He opted in, effectively pushing the long-term decision.  Unless, of course, the Nets grow tempted to swap problem for problem and potentially swap problems with LA for an older, even more expensive Russell Westbrook.  Westbrook and KD do have a history of success in Oklahoma City, but that was a decade ago, when the Nets were still in New Jersey.

The Jets haven’t won a title since the Nets were FIRST in New Jersey.  The Mets are doing fine, thank you, but it’s not even July.  It’s very, very hard to like franchises with nicknames that end in -ets, particularly ones that rely on stars whose surnames end in -rving.

I’ll root nevertheless, since it appears for the moment everyone’s in limbo, much like my life is at the moment.  Personally, I wish there’d be a franchise called the Pets. 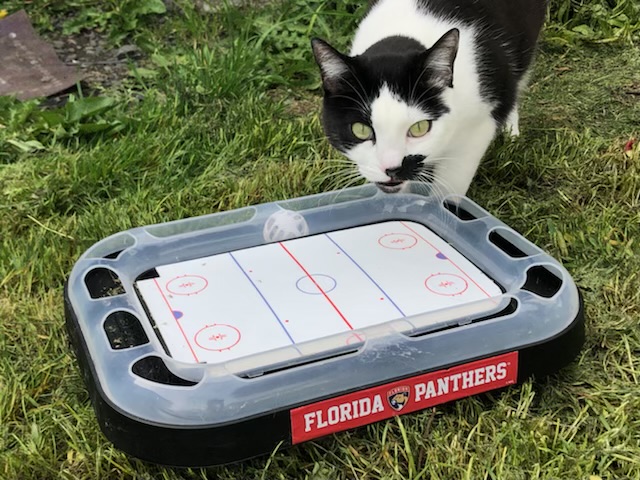