From Deadpool To Hockey Pool?

I’m a very passionate sports fan, and I’m especially fascinated by the culture of cities in major professional leagues where its team is the only one of its kind among the five top team sports.  So I’ve always had a jones for the Green Bay Packers, liked the Portland Trail Blazers even before I learned first hand how incredible certain people from the region can be, and have come to appreciate the San Diego Padres even more now that they are alone in such a gorgeous city (sorry, I can’t yet count the Wave). 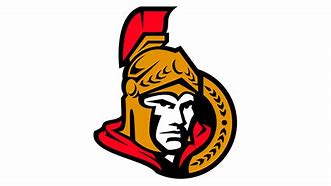 And then, there are the hockey teams in multiple Canadian outposts where they compete with American teams uniquely (although they all have CFL teams, to be sure),  The two Alberta teams, the Calgary Flames and Edmonton Oilers, have both been on the rise and have fabulous fan bases,  The Winnipeg Jets have a history of success in their first incarnation, especially in the WHA, and the current version has a solid following with a good deal of the Canadian Prairie to themselves.  And then, there are the Ottawa Senators.

I listen to a disproportionate amount of Canadian-based audio content for a Southern Californian, and a couple of contributors to the Athletic Hockey Show are Ottawa fans.  They freely admit they are an afterthought in their own province.  I have always drawn parallels between the relationship of Ottawa, Canada’s capital, with Toronto, Canada’s cultural and media hub with the relationship of Washington, D.C. and New York City.  That’s not entirely the case.  They are geographically closer, share the same province and there’s not even a Ben’s Chili to give Ottawa a semblance of unique culture, certainly in comparison to the cosmopolitan and liberal nature of Toronto.  And although the Maple Leafs haven’t exactly wowed the NHL in recent memory, now 55 years into a Stanley Cup drought that predates the FIRST expansion of the league, it’s still impossible to afford a ticket and even more impossible not to find an Ontario hockey fan that is obsessed with them despite the presence of another franchise 250 miles away. n

Not that the Sens have done much to take advantage of the opportunity in a manner that, say, siphoned off some New York City football fans to adopt the Buffalo Bills during their more successful runs.  The Senators are now in their 30th season and have but one conference title to show for themselves, losing a luckluster five-game final to the Anaheim Ducks in 2007 that unquestionably featured the least desirable media matchup for ABC and ESPN they could have imagined.   They’ve also had challenges with ownership stability since the March death of oener Eugene Melnyk, and earlier this month his surviving daughters retained an investment banker to explore a sale of the team.

This didn’t make much news in the States until a certain MCU superhero who just happens to be from Canada and has a both a passion for hockey and a keen business sense brought it to prominence.  On an appereance on Jimmy Fallon’s TONIGHT SHOW earlier this week, Ryan Reynolds announced that yes, he’d like to buy the Senators.  And considering he chose to get points on DEADPOOL rather than a staright salary, he’s well-heeled enough to actually be in the consideration set, and has enough access to others with bucks to at least start serious conversations.

And he’s already made investments in professional teams elsewhere in the world.  Along with Rob McElhenney of IT’S ALWAYS SUNNY IN PHILADELPHIA fame, he purchased a struggling lower-level Welsh soccer team and built a reality series called WELCOME TO WREXHAM which FX and Hulu debuted last summer to critical acclaim and decent ratings. And this season, through their first 18 matches, Wrexham AFC is on top of their league’s table (we Yanks call that being in first place) and, should that hold up, would earn a promotion to EFL League Two.

So, yeah, Reynolds can not only rock a superhero costume, he can also impact a struggling team’s fortunes.  Not to mention its global popularity–the FX series has added 150,000 followers to Wrexham’s social media accounts.  Given Hulu and Disney’s existing association with the NHL, do we not think a similar series in Ottawa wouldn’t be tried? 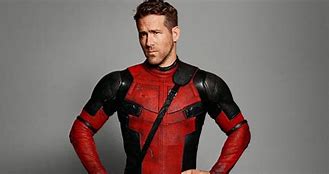 The reaction so far has been unilaterally positive.  Other celebrity investors have had roles in major league sports franchises.  Emerging leagues such as the NWSL and Major League Pickleball are relying on prominent personalities with fat wallets and significant fan bases to estabish themselves.  Making the Ottawa Senators relevant to the rest of North America, let alone anywhere else Reynolds’ celebrity could extend them to, would be as daunting a challenge as any that Deadpool has faced.

Reynolds is personable, adored, and goes home to Blake Lively.  He can command attention to an extent seldom seen by any NHL owner in either country.  A team with his endorsement would likely have appeal in foreign countries as well.

Of course, there’s still that small problem of making the team competitive.  They haven’t made the playoffs in five years, and so far the Senators rank next to last in the Eastern Conference,  They’re already six points behind Buffalo for next-to-last in their own division.  It may be a while before they get to the post-season at all, let alone another Stanley Cup Final.

But I’ll assure you of this:  Should that happen, they’ll be a far more desirable matchup for the NHL TV partners than they were in 2007–or, likely, at any point since.

By the way, while Ottawa may not rival Toronto for diversity and culture, they’ve got some darn good shawarma and Italian eateries, I’m told.  And if there’s a chance to see Ryan and Blake celebrating a victory some time, that’s reason enough for me to add it to my professional bucket list.