FOX Plays Pass (On) The Buck 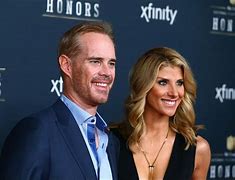 It is becoming increasingly apparent that Joe Buck, synonymous with FOX Sports’ brand and the only lead play-by-play announcer for major league baseball it has ever known, will be leaving after more than a quarter-century for the (significantly) greener pastures of ESPN, where he will apparently reunite with Troy Aikman and attempt to restore Monday Night Football to its legacy stature as the NFL’s premium broadcast.  Given that for many years he and Aikman have broadcast what frequently was the most-viewed game of a particular weekend day and time notwithstanding, this is opportunistic for the league as it will be for Buck.

Initial reports are that Buck’s duties will be limited to football, thus giving him more time to spend with his family.  Given his wife Michelle Beisner is already an ESPN football reporter, the intriguing possibility of her joining hubby and Troy in an overhaul of the MNF booth (sorry, Steve Levy, but facts are facts, y’all just didn’t cut it) can’t be dismissed.

But it will be in baseball that Buck’s presence will be missed and his significance in the sport’s history needs to be acknowledged.  When he was named the lead for FOX’s MLB package in 1996 he was a mere 27 years old and became the youngest person to announce a national baseball telecast.  He certainly had the DNA–after all, his father Jack was the longtime play-by-play announcer for the St. Louis Cardinals and as recently as 1992 had been the national voice of the sport for CBS. 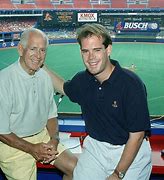 Buck was the ideal choice for the insurgent FOX, a new generation with auspices to challenge the rank and file.  And to help bridge the gap of credibility kudos to David Hill for pairing him with Tim McCarver, who had been his dad’s boothmate at CBS and who had his own Cardinals lineage.  For a sport whose fan base is older and more steeped in tradition, this allowed Joe to develop and eventually thrive.

But that was then.  Now FOX is the grizzled veteran and Joe has a quarter-century of experience behind him.  So to his credit Eric Shanks, himself a worthy successor to the legacy of David Hill, is allowing Joe out of his contract and start anew.  Rumored to be in the wings for MLB is Joe Davis, all of 35 years old and already an eight-year FOX Sports veteran. More significantly, Davis has also been the play-by-play announcer for the Los Angeles Dodgers since 2017, where he replaced the iconic Vin Scully.  And let it not be forgotten that when Scully was hired by the then Brooklyn Dodgers in 1950 he was younger than either Buck or Davis, and somehow stuck it out for 66 more seasons after that. 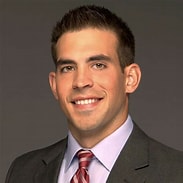 So much of baseball fanaticism revolves around a passion for tradition and memories of watching and listening to games on summer days and nights with one’s fathers and grandfathers, as is certainly my story.  My dad loved the Dodgers and especially Scully.  When we visited Los Angeles for the first time my dad’s happiest moments was sitting in the back seat of my cousin’s car on long drives that he specifically timed to Dodgers’ broadcasts.  My dad was never a huge fan of California but as long as he had Scully he was mollified.

Somehow, it was appropriate that as he laid comatose on his deathbed, I was able to find a Dodger radio broadcast on my phone and put it to his ear to hear.  I like to believe I felt him squeeze my hand when he heard Scully’s voice, though he was incapable of speaking by that point.  I’m not sure of that.

What I am sure of is baseball is a rite of passage where family and legacy matter.  Buck had his own family succession, and Davis has already proven he can fill some formidable shoes.  My dad never heard him in this world.  But I have a hunch he’s listening somewhere, and probably approves.

Good luck, Joe D.  FOX is in very capable hands.    And Joe B., thanks for some great baseball memories.