Through the generosity of a rideshare passenger who shared a love for football with me, I got to see last night’s Dolphins-Chargers Sunday night game at SoFi Stadium in person, my first-ever first-hand experience with Dolphins fans.  Despite the road location and the unseasonably cold weather that resulted in a host of aqua and orange Santa hats, this amazing fan base, the team of choice of so many special people in my life, was well represented, and their initial excitement was palpable. I got to learn “Fins Up”, “Fins To The Left, Fins To The Right”, and began to get some idea of exactly why such beautiful people were so fanatical about their team.

Longtime Miami fans will remind you that the Dolphins were the city’s first true major league professional team, the American Football League’s first expansion team when it grew to nine franchises in 1966.  And within six years and a move to the NFL, not to mention aggressive moves including the signing of Don Shula, the infamous loser to Joe Namath’s Jets in the Orange Bowl in Super Bowl III, they were not only World Champions, but the last NFL team to go through an entire season undefeated, a streak now at 50 years and counting.  Some beautiful fans went more than a year of their life before their team tasted defeat. 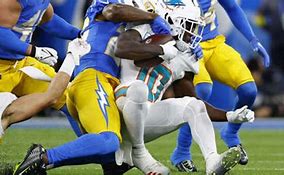 The fans showed up, but their roller-coaster quarterback Tua Tagovailoa absolutely did not.  He opened the game with his worst-ever first half, an inexplicable 3-for-17 with 15 yards at halftime.  Were it not for a Dolphin fumble recovery, the game would have been out of reach completely.  A 60-yard bomb to the reliable Tyreek Hill made it close, but ultimately an aberration.  Tua finished 10-28, an anemic 145 yards through the air that paled all the more in comparison to his fellow class of 2020 draftee Justin Herbert.

In contrast, Herbert more than rose to the occasion in a must-win game, dazzling with a season-best 39-51 for 367 yards, of which more than 30 percent of those completions were to the clearly fully recovered Keenan Allen.  The Chargers vaulted into a tie for the final AFC playoff berth with a 23-17 victory, and while the Dolphins still have a slot of their own, their path to their first playoff berth since 2016–and a chance at their first post-season win this century–grew more daunting.  At 8-5, and with key division games against the Jets and Patriots still remaining, with a “bad Tua” in charge the buoyancy of the Dolphin faithful was significantly challenged as they trudged through the 35 degree wind chill exiting the stadium last night.

When my newly made friends realized I was also a Mets fan–a 60s expansion team with a similarly quick trajectory from creation to champion and a subsequent long-term drought without one–they collectively sad, “You were destined to this fate”.   We will undoubtedly be biting our nails over the season’s last month, and the potential of a “loser leaves town” season finale with the Jets on January 8th looms as a possibility. 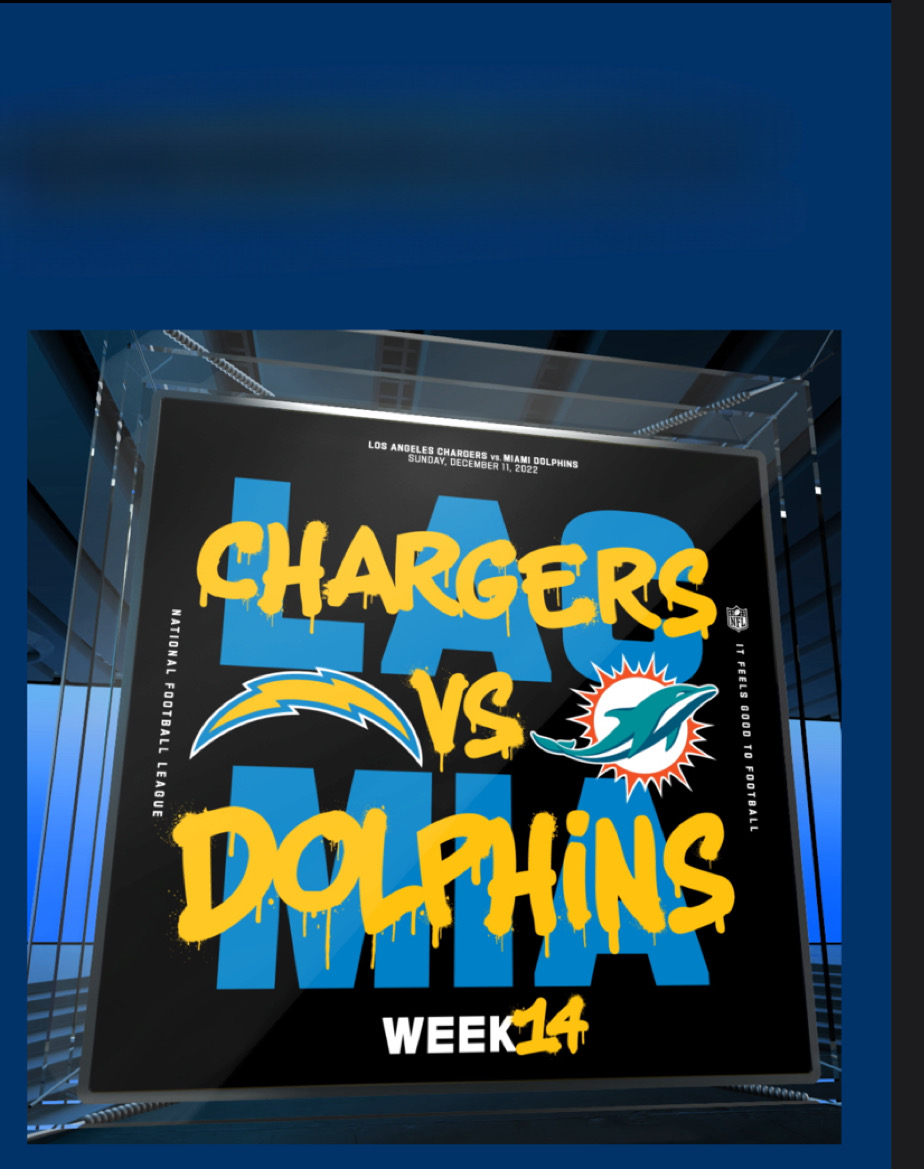 I did at least get an NFT out of it.  If one of these teams goes on to win a title, it might go up in value.  Had the Dolphins won, I’m pretty sure someone else would have rewarded me at some point, because it’s pretty clear that this fan base travels and has exquisite metabolism.  And, frankly, without a few of them I might not have even lived to learn the whole fins thing.

But it’s clear that this team can’t have another offensive failure like last night if they hope to playing into the second half of January.  Otherwise, they’re pretty much fin-ished.