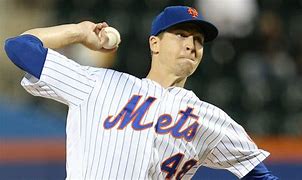 As a new month begins, the news from
Port St. Lucie is dire again–Jacob DeGrom will miss his scheduled spring finale start.

Reluctantly, he will undergo an MRI today and may indeed miss his scheduled season-opening start in Washington next Thursday.

In his place, the Mets have turned to their past and signed 67-year-old Sidd Finch, to an open-ended contract and intend for him to replace DeGrom as the team’s ace.

Loyal Mets fans will recall Finch briefly was a Met back in 1985, when he mysteriously appeared at the team’s spring training camp in St. Petersburg (Florida) and was reportedly clocked throwing fastballs that reached 168 miles per hour.

“Finch has maintained a remarkable health and wellness regimen since he abruptly retired just before the start of that 1985 season”, noted manager Buck Showalter in his press conference announcing his signing this morning”.  “He has raised goats in his adopted home country of Nepal, regularly tossing them to his staff to maintain arm strength”.

“Our scouts have been monitoring his progress since his retirement”, added pitching coach Jeremy Hefner.  “Even if he’s lost a few miles off his fastball, he’s still likely to be a tougher competitor than any of the options currrently available to us within the organization.”.  Showalter added, “Besides, I wanted someone in my age bracket to travel around with this season”. 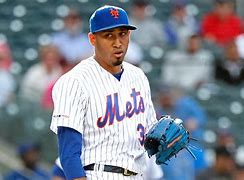 Once (if!) DeGrom returns this season, Showalter and Hefner are considering the need for Finch to be a candidate for closer.  After seeing current closer Edwin Diaz give up a game-tying home run to the Nationals’ Juan Soto last night, owner Steve Cohen reportedly reached directly out to Finch to ask if would consider a comeback.  “I’m concerned Diaz might be in mid-season form as he was during two consecutive blown saves in Pittsburgh immediately following last season’s All-Star break, noted the Mets’ new owner.  “I’d support even a high school teacher from Hawthorne, Illinois being our closer sooner than Diaz at this point”.

Lately the Mets have been embracing nostalgia as their 60th anniversary season begins, promising the return of Old Timers’ Day and the retirement of Keith Hernandez’ #17 as two special events aimed at veteran Mets’ supporters.  For those of you who fall under that category, just take a look at the calendar and notice the font of these previous paragraphs for context.

And, if not, google it.  While you’re at it, look up the definition of a Finch that the reporter who originally reported this 37 years ago TODAY used.  You might have an epiphany.

One can only hope the news on DeGrom can fall under the same definition.