Everything That’s Old Is New Again

My dad used to love to take me to Old Timers’ Day games, if only so he could tell me about the heroes of his youth who would step out, sometimes gingerly, and take a bow.  Younger ones would participate in a two or three-inning mini-game, where occasionally they’d show off what was still left of their talents.  I distinctly remember Mickey Mantle hitting what proved to be his last-ever Yankee Stadium home run a couple of years after he retired, prompting cheers that eclipsed those of the relatively moribund early 70s Yankees.

The Yankees invented Old Timers’ Day in 1939, initially held as a celebration for the recently retired–and, ultimately doomed–Lou Gehrig; it was on that day when he gave his famous “I’m the luckiest man on the face of the earth” speech that was later immortalized by Gary Cooper in “Pride of the Yankees”.  Yankee Old Timers Days were steeped in such tradition; the Mets chose to hold such games in those days mostly as a way to pacify people like my dad whose National League fan roots to the Brooklyn Dodgers and New York Giants were strong and allowed those players to take a bow and perhaps a victory lap in the otherwise unfamiliar surroundings of Shea Stadium.

But while the Yankees have continued the tradition save for the pandemic interruptions, the Mets abruptly ended theirs after 1994, when a strike disrupted the game and, more significantly, the Wilpon family’s cash flow.  Ever since, despite the passage of time and the occasional success subsequent Mets teams have had, there has never been a celebration of Mets greats.  Until today.

With the support of new owner and lifelong fan Steve Cohen, and in honor of their 60th anniversary season, the largest contingent of ex-Mets will descend upon Citi Field, spanning multiple generations of teams and running the full gamut of the many decades.  A majority of these invitees will be making their first-ever Old Timers Day appearances, and it will ensure that many tears of joy and sadness will be shed.

The likes of Tom Seaver and Tommie Agee, among others, are no longer around to hear their accolades, but no doubt their families will be present.  But so many others will, including 93-year-old Frank Thomas, the leading home run hitter for the original 1962 Mets.  On a team that won 40 games, this Thomas–not the more prolific “Big Hurt” with the same name of the latter-day White Sox–hit 34 home runs, a record that stood for decades.  And so on down the line, right up to Daniel Murphy, the 30-something recent retiree whose 2015 post-season hitting streak catapulted the Mets to the World Series for the first time since 2000.

True heroes like 1986 World Series MVP Ray Knight and his teammate Mookie Wilson, he of the “little roller up around first” , will make their first-ever Mets Old Timers’ Day appeareances.  So too will Roger McDowell, the quirky relief pitcher who was ultimately responsible for spitting on Newman, and Turk Wendell, an equally weird relief ace from the late 90s who insisted on wearing uniform number 99.  And Lee Mazzilli, who was an All-Star Game MVP during one of the team’s weakest periods in 1979, but who returned to have a key role on that ’86 championship team, will return to make women swoon once again as well. The Old Timers’ Day game will likely feature Dwight Gooden, wonderfully now in recovery despite his many dalliances with drugs against Bartolo Colon, the “Big Sexy” who is still seeking a comeback at age 49 and a waistline a bit larger than that number.   And Johan Santana, who finally authored the team’s first no-hitter a decade ago after fifty seasons without one, will likely come on in relief.

For the likes of Mets’ radio play-by-play man Howie Rose, now 35 years into his career which is rivaling the tenure of his one-time partner and boyhood hero Bob Murphy, this arguably may be a Field of Dreams like day.  Rose and I have a lot in common.  He was actually my day camp counselor at a park in Queens while he was in high school, schlepping in a beat-up Camaro to Shea to sit in the same $1.30 seats in the top deck as my dad and I would, sucking down lukewarm Sun Dew orange drink and limp excuses for hot dogs topped with Gulden’s Spicy Brown Mustard, which Mets catcher Jerry Grote’s wife would hock in daytime TV commercials.  Neither the team nor the cuisine were particualrly appetizing in those days, but we were fans nonetheless. 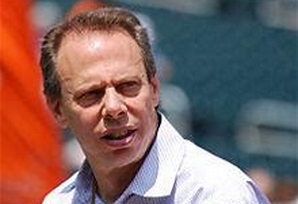 Rose has now become the elder statesman and de facto team historian, crossing generations seamlessly and indulging anyone who will listen with stories of even the most obscure Mets of the least successful eras during his broadcasts.  He’s had some health challenges recently, which makes today’s celebration all the more poignant.  But he’s very much healthy now, rejuvenated by the exciting, first-place team he is broadcasting today, and I don’t think it’s a huge leap to think he’s probably got more butterflies in his stomach today than the coolers filled with limp tuna sandwiches at our day camp did.

For middle-class Jewish nerds from Queens like Rose and myself, this is a back to the future day we’ve looked forward to.  But I also think today of the likes of Jake Brown, the 30-something “Podfather” who produces the Mets’ AMAZIN’ BUT TRUE podcast for the New York Post, who could have easily been the son neither Rose nor myself never had.  He lives in Queens now, he’s a passionate Mets fan, and to him the black jerseys and the return of Glendon Rusch make him as emotional as I get when I see Art Shamsky in the wool pinstripes of the ’69 team.  He’s been promoting the heck out of this day and has literally waited almost his entire life for it.  Long after Rose and myself stop breathing, it’s gentlemen like him that will ensure that the tradition being restarted today is likely to continue, and when Daniel Murphy is Frank Thomas’ age people will be cheering, more than likely in Citi Field’s successor.

I’ve already decided that my ashes will be dusted over the brick I purchased in the Citi Field rotunda area which says THE LEBLANGS LOVE THE METS BUT MISS SHEA.  I’m hoping the brick remains intact regardless of what happens to the park.  There may not be Leblangs around to appreciate it, but some Mets fan will.  Today, I’m hoping a few of them might become bigger fans that they are, and perhaps understand a bit more about the legacy of the Orange and Blue.

As Pete Alonso, my current favorite everyday player, said after he drove in the winning run last night, #LFGM.