Every Dog Has (Had?) Its Day

As regular readers may know, I’ve tried to live this baseball season through an alter ego and a needed cuddle buddy. 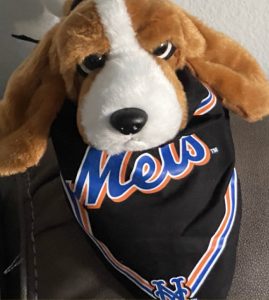 When my beloved Mets made a late spring training move to acquire the A’s steady starter Chris Bassitt as a way to help bridge the gap that arose when Jacob deGrom’s return was set back a few months, I was inspired, both by his track record and, frankly, his name.  I had a special person with that first name in my life recently, and that person is no longer in it.  And with a last name that literally dog whistled, when I saw this stuffed cutie for sale on E-bay, I had to grab it, and adorn it with a bandana better suited for an actual pup, which, of course, my current living situation bans me from having.

So Chris Bassett was born, and his namesake gave me and Mets fans ample opportunity to celebrate him.  As the only

Mets starter to pitch virtually the entire season, his presence proved to be even more significant than when the Mets first acquired him.  He went 15-9, struck out 167 in just under 182 innings and had a 1.14 WHIP and 3.42 ERA, ranking him among the best in his first National League season.

But Chris Bassitt’s last two starts, on consecutive October Sunday nights on ESPN, were anything but strong, both with the weight of the team’s season on the line.  Last Sunday night in Atlanta, he allowed four earned runs in 2 2/3 innings and took the loss in a game that ultimately determined the Braves winning the National League East, and sending the Mets to a Wild Card round despite 101 regular season wins and, eventually, a tie with Atlanta for the best record.   And last night, in the deciding game against the Padres in that Wild Card round, facing his former A’s manager Bob Melvin, he was equally as disappointing, allowing three runs in four innings and again coming up a loser, though the Mets’ offense against Joe Musgrave in a 6-0 loss wouldn’t have won a game for anyone.

I was as excited and as optimistic as anyone could have been, and wanted so desperately for “my doggie” to catch on,  I regularly posted his image to social media like a teenager, sometimes even with me hugging him.  Hardly becoming, but it did get me some clicks.   But, alas, when it mattered most, Bassitt was least successful.

So as a result now the Mets are yet again not going to win a title, which makes this a 36-year drought.  Longer than any drought my dad the Dodger fan ever endured in his lifetime.  And longer than any I’ve known by a longshot, as the Mets went only 17 years between 1969 and 1986, and I was born only slightly before that first Series win.  That team was the ultimate underdog, defying 100-1 odds to win a completely unexpected title.

And now I guess I can get behind teams who remain in this year’s post-season who have had even longer droughts.  The Seattle Mariners haven’t even made a World Series in their 45 years of existence and hadn’t been to the post-season in 21 before they somehow pulled off a seven-run rally to eliminate the Toronto Blue Jays and advance to a division series against the despised Houston Astros.

The Padres at least made a World Series twice, but not since 1998, and haven’t won one in their 53 years of existence.  Not many are giving them a serious chance against a 111-win Dodger team, but, then again, they just made a team who won just 10 less look like, well, dogs. 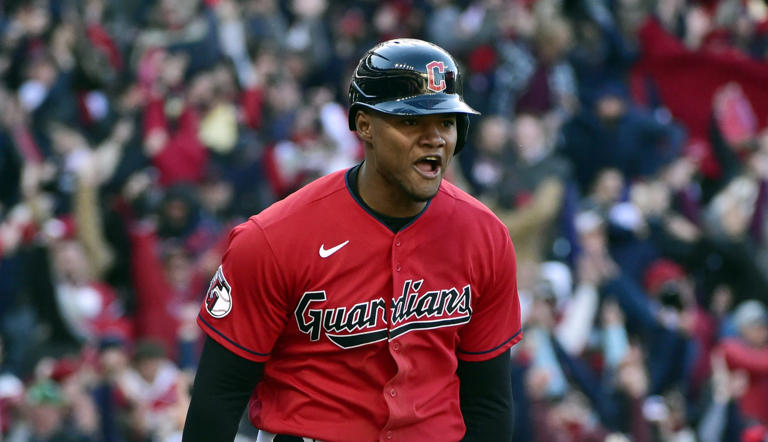 And the Cleveland Guardians, as Indians, haven’t won a World’s Championship in 74 years, and twice lost a World Series in their opponent’s final at-bat along the way.

They’re all alive, and so, somehow, I’ll still be watching as the playoffs unfold because, yes, I’m a fan.  I’ll be watching for the excitement and, yes, I freely admit to having a heart for both the Dodgers and Yankees, so I;ll be conflicted in at least two of the Division Series.

Meanwhile, with a $19 million mutual option ahead, and with new Mets management needing to make crucial decisions on aging pitchers including deGrom, Carlos Carrasco, Taijuan Walker and Bassitt, there’s no guarantee that another season of “my doggie” will happen.  The Mets clearly have a lot to think about, and, unfortunately for their fans, a slightly longer and colder winter to ponder those decisions.

I’m still hopeful there’s room for a reunion, but my experience of late is to more likely expect disappointment than success.  So my expectations are muted regarding any Chris or any Bassi(e)tt in my life come 2023.

But life will go on. As will this post-season.  With plenty of dogs still in the hunt.  Just not the one I loved the most.