Du(vall,) You Believe in Miracles?

43 winters ago, the same dude who was in the both in upstate New York to call (on tape delay!) a thrilling comeback victory for a scrappy young team was once again in the broadcast booth, this time in the hotbed of Duvall County, Jacksonville’s TIAA Bank Stadium, for the first NFL playoff game northeast Florida has hosted in 14 years. 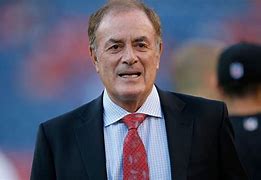 But although that U.S. hockey team win against the Soviet Union has proven to be more historic, chances are this Al Michaels-called game was all the more improbable, at least as it unfolded.

My buddy, who I share an upstate New York history with, was at the game last night, and proudly texted me the roaring cheer we heard during the pre-game introductions on NBC where Michaels set up the game berween the Jaguars and Chargers as brilliantly as he has every sporting event he has covered was a resounding :”DOO-VALL!!” , reminding the Chargers they were indeed the road team even though they had a better regular season record.

Those fans had forgotten these were the Los Angeles CHARGERS, not the Rams,  In their own stadium, they’re often outnumbered.   And when Jags quarterback Trevor Lawrence threw four interceptions, three to Asante Samuel Jr., and allowed LA to take advantage of a deflated road crowd (and the lack of an inebriated traveling fan base) to score the game’s first 27 points, the decibel level had diminished.

As my friend gamely texted, “‘Guars are De-Rabith”.  I won’t try and explain what it means, but it does make reference to a musical act.  So, stuffed animal lover that I am, for his sake I broke out my heavy artillery.

Meet Jimmy Puff-It, or Jimmy Jag to y’all in Duvall.  Yes, I know that the best Margaritaville outlet in the country is many miles south, but, heck, it’s Florida, and my best friend gave him to me as a gift last year, and this was an appropriate a team for him to make an appearance.

And, as if by magic, the Lawrence that dominated Saturdays at Clemson, the number one draft choice of the 2021 NFL draft, remerged.  His transition to Sundays didn’t go well last year; frankly, neither did that of his coach, though one could argue what Urban Meyer chose to do on some evenings as coach of the Jags was even worse than the plays he called on Sundays.

But this was Saturday night.  And his coach is now Doug Pederson, who brought a championship to PHILADELPHIA just five years earlier.  And Pederson, as Yahoo!’s Jay Busbee explained, is the absolute antihthesis of Urban:

During training camp…Pederson introduced the team to a philosophy endorsed by motivational speaker and former Navy SEAL Jocko Willink, a worldview in a single word: “Good.”

“When things are going bad, don’t get all bummed out,” Willink has said. “Don’t get frustrated. No, just look at the issue and say: ‘Good.’”

So when a lineman came up to Lawrence and said, simply, “Good,” Lawrence’s first instinct was to brush it off, thinking, Not the time.

Considering quite a bit of Duvall County is considered rural, the actual opposite of Urban, such a philosophy was quite apropos.

Then Lawrence became a lot more than merely good.  He became close to perfect, at the same time that the Chargers became incapable of executing run plays or key third downs to maintain ball control and score touchdowns which Lawrence’s earlier miscues allowed them to do practically at will.

And, remember again, this was a Saturday.  As Busbee concluded after Lawrence engineered the third largest comeback by deficit in NFL playoff history: 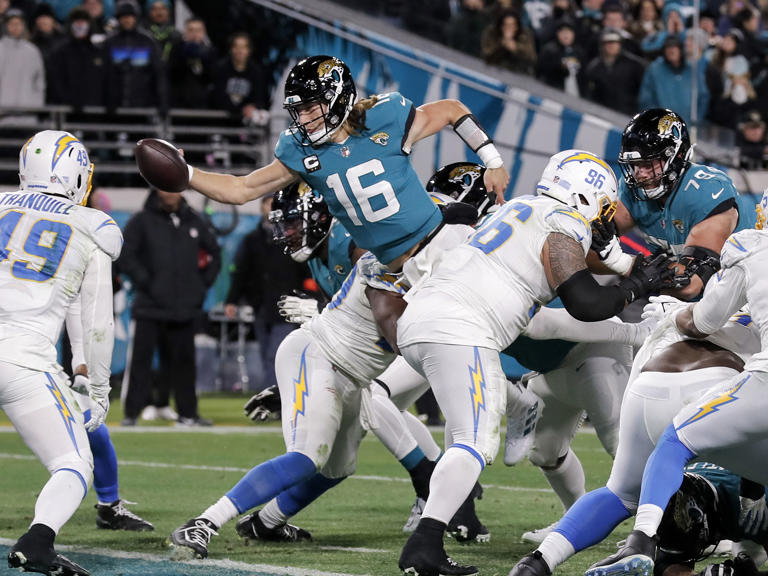 Numbers don’t always tell the story, but these do: Lawrence threw four interceptions, and then four touchdowns. His passer rating in the first half was 24.5; in the second half, 144.5. It was a miniature version of the Jaguars’ entire season: losing five of their first six, then winning their final five to storm into the playoffs on the season’s final weekend.

Lawrence leveled up against the Chargers, establishing himself as one of the AFC’s must-watch quarterbacks of the future. He is undefeated on Saturdays in high school, college and the pros, though none of those victories came as tough as this one. At age 23, he’s the unquestioned leader of the Jaguars’ locker room, proving it in the most definitive way possible. 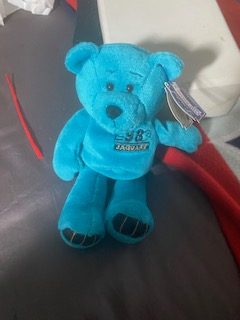 And Jimmy Puff-It will be by my side next week, when his fellow Jags will try and keep things going, most likely on the road.  They will most certainly be underdogs regardless, and Michaels will not be calling that game no matter which network winds up with up.

But I suspect if you were to ask him if it Jacksonville had a fighter’s chance, he’d probably respond in the same way that he did to his own question to the world that he asked back in Lake Placid.

I suspect you know the answer.  If not, Google it.