So after nearly an entire summer of uncertainty, where virtually every sports media outlet offered speculation and even sports books offered odds on where Kevin Durant would be playing this fall, yesterday the handicapping came to an end when it was announced that Durant and the team he has been contractually obligated to play for for at least four more years, the Brooklyn Nets, will remain together for the foreseeable future. 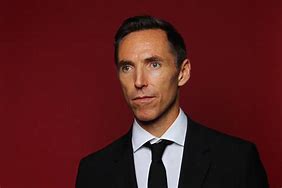 “Steve Nash and I, together with Joe Tsai and Clara Wu Tsai, met with Kevin Durant and Rich Kleiman in Los Angeles yesterday,” Marks said. “We have agreed to move forward with our partnership.
“We are focusing on basketball, with one collective goal in mind: build a lasting franchise to bring a championship to Brooklyn.”
Well, first of all, nice save, Sean, for including the boss’ wife in the statement.  Guess we know who runs that household.
But let’s get one thing straight.  This is as much about the salvo that Danny Ainge and the Utah Jazz fired at you and your management when they were able to extract five first round draft picks from the Minnesota Timberwolves for Rudy Gobert, primarily a one-dimensional defensive standout with a fraction of the track record of KD and exactly zero NBA championships.  In order for Sean Marks to justify capitulating to Durant’s whims to either adult leader of the Tsai household, it was on him to eclipse that haul.
And despite all of the rumors and scenarios we’ve heard for the last 50-ish days, none were going to be satisfying enough to Tsai to accept tearing apart the franchise–particularly when HE controlled Durant’s fate based upon the contract extension DURANT signed for hundreds of millions of dollars just a year earlier. 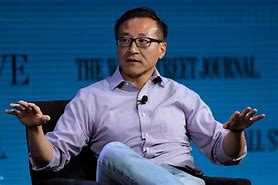 So, like any good boss, he essentially stared down his disgruntled employee and said, likely in several languages, “tough sh-t”.
With this now settled for the time being, now it’s on Durant to try and mend all the fences he set afire.  He’ll at least have to pretend to respect Marks and Nash, and frankly it’s incumbent upon them to figure out a way to do that.  Maybe jet with KD and James Harden to London for a concert or two?  They all know each other, and we know KD at least likes to do that.
Perhaps the best way for Durant to begin the process of moving forward is to remember exactly what circumstances prompted Tsai to approve that contract extension.  A gut-wrenching, dramatic 55 point performance in double overtime of Game 7 of the 2021 conference semifinals against evenual champion Milwaukee, where had his sneaker been an inch or two longer he would have won the series in regulation, and who knows how far the Nets may have gone in an oddly scheduled and wide-open post season? 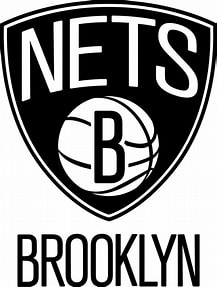 The Nets still have Durant with his chosen wingman Kyrie Irving, not to mention a healthy Joe Harris and a full season of Seth Curry.  Ben Simmons has his own crucible, and he now has an opportunity for redemption of his own.  Irving’s own issues have been covered elsewhere.  A team this talented can’t not at least be capable of competing.   IF they can somehow put this summer of confusion behind them and vow to show the rumor-mongerers, not to mention the rest of the NBA, that they’re adult enough to find a way to do so.
I still respect the hell out of Durant as a player, and believe enough in his leadership that there’s reason for optimism.  In contrast, I can’t really stomach Laura Ingraham.  But I do agree at least in this case that it may be time for Durant to heed her otherwise ill-timed chiding and simply “shut up and dribble”.  And pass and score and rebound, too.  Honor your contract, live up to the statement you helped put out yesterday, and do what you’ve been hired to do.  Play basketball, ideally at a championship level.
Courage…