On a jet-lagged, humid evening I aimlessly wandered around MLB.com looking for games.  Usually, I keep a quad split view from a distance, knowing that I can always figure out who’s playing even when graphics were reduced to a smaller size so as to be unreadable to my tired eyes.   Tonight. I honestly thought my eyes were betraying me.

The San Diego Padres in PINK?  The Arizona SERPIENTES?  WRIGLEYVILLE pulling out a dramatic win?  What in the name of Phil Knight was going on?

Well, these are how major league baseball teams roll these days.  City Connect jerseys now belong to 14 of the 30 teams, and the Padres’ break from a tradition of brown, gold and navy blue was, to me, jarring.  As jarring as the yellow and blue that the Red Sox broke out last year–I mean, there’s not a drop of RED on the entire uniform.

But I’m not the target audience, either in age or ethnicity.  Turns out the Pads are paying tribute to a loyal audience that isn’t me, as explained on ESPN.com:

The Padres went with a binational theme in an effort to pay homage to a shared community that sees an estimated 50 million people commute yearly from San Diego to Tijuana, the populous border city in Mexico. They accentuated pink, yellow and mint, three colors prevalent throughout Baja California. And the “San Diego” emblazoned on the front of the jerseys is written in a vintage font representative of weathered beach signs. They consider this a bold, outside-the-box look, and their hope is that it will appeal to a younger demographic.

Incidentially, that writeup was written by a reporter named Aldan Gonzalez–quite likely someone more enlightened than I.  Many thanks for the education, sir. 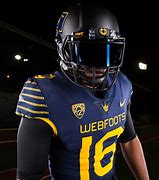 Nike is all about selling merch, and Knight has made the University of Oregon’s football program a poster child for how to maximize uniform sales.  With endless combinations of primary colors (green, gold, black, white and silver), fonts, and designs on the shirts, pants and helmets, every game has a unique uniform for the Ducks.  Once, they even wore blue and gold to celebrate tbeir 19th century roots.  They also happen to have one of the largest game-day sales totals of any NCAA team. 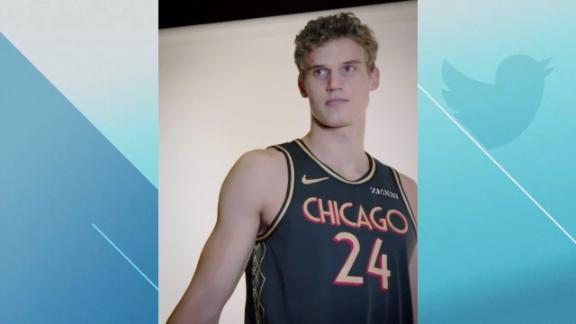 So it’s no surprise that MLB has embraced this approach, and they’re not alone.  The NBA has been doing this for years, and each year brings new permutations.  The Bulls will be wearing blue uniforms for the first time, for example.  The Jazz will alternate between purple and orange existences.  The Nets will alternate between the black and white of the Brooklyn era and the red, white and blue of its New Jersey/Long Island legacy. 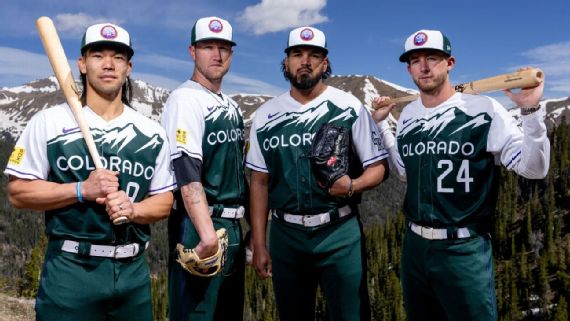 According to the same ESPN.com article, the most popular newly released MLB iteration is the Colorado Rockies’ green-hued salute to pine trees and a font reminiscent of its license plate.  Not the purple mountain’s majesty that the team has embraced for three decades, but at the rate they are going different may very well be a step in the right direction.

I do proudly wear alternative color swag for the Miami Heat and the Seattle Seahawks.  I have very special reasons for both.  And, frankly, I look damn good in them.  I might just spring for a Padres’ mint and pink at some point, too.  Now that I know who they are, why not embrace the change?

If nothing else, it’ll keep my eyes stimulated.