Bill Simmons and his dad are understandably giddy this morning.  Their Boston Celtics, fresh off a convincing home win over the Miami Heat on Monday night, took full advantage of a depleted and injury-riddled Heat lineup to rout them in South Florida last night 93-80, a final score that was far closer than the actual game was.

The Celtics’ defense has been amazing throughout the playoffs, but in this game it was the second half rally of their offense, and the complete lack of any from the Heat, that was the determinant.  Boston’s J and J tandem of Jayson Tatum and Jaylen Brown shot a collective 30 per cent in the first half.  But the Heat were even more dismal.  While they held a five-point lead at the half, the 42-37 score suggested it was quite precarious. 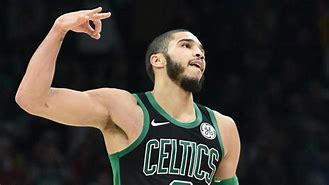 Brown scored 19 second half points–without a turnover–and Tatum added 18–while the Heat collapsed on every possible measure.  Floor leader Jimmy Butler, playing on a bad knee, went 4-for-18.  As the Celtics’ lead mounted, the Heat increasingly tried the 3-point route, and their results were putrid.  7-for-45 from behind the arc for the game.  Playmakers Kyle Lowry and Max Strus went 0-for-15, 0-for-12 from 3.   Tyler Herro didn’t play at all, nursing his own injury.

In other words, I hit as many three-point shots as did the Miami backcourt last night.  That ain’t good.

So now the C’s head back to TD Garden with a chance to end this yawner of a series once and for all tomorrow night.  But given that the Heat found a way to win Game 3 up there, and that this series has had more swings than a Foucault pendulum, and that Marcus Smart and Robert Williams III, while they did play last night, are hardly fully healthy themselves, not even Celtics fans more passionate and less rational than the Simmons are punching their tickets for San Francisco (we assume) just yet.

Sure, I admit I love the Heat.  I can’t help it, I have my own reasons.  So perhaps I’m putting a little emotion into that particular scenario.

But c’mon, Heat.  Before you can outscore Jayson and Jaylen, you’d better outscore me.