There’s been an awful lot written about the fact that Thursday night’s much-anticipated January 6 congressional hearings aired on virtually every network and platform of consequence, save for FOX News Channel and the snarky “commentary” offered by Tucker Carlson and Sean Hannity.

ESPN was offering an alternative of their own on Thursday night with Game 5 of the Stanley Cup Eastern Conference finals.  And as it turned out, while FOX News’ regular programming was effectively unchanged from its typical viewing levels, the Lightning-Rangers game was cable’s most-watched program of the night among adults under 50.  By +82% over its nearest competition, MSNBC’s coverage of the hearing, and nearly triple the demographic rating that Carlson delivered.   And nearly 2.5 million people overall, many of whom I suspect weren’t MAGA believers.

I was one of those ~2.5M people, and not because I don’t care about what is happening in Washington.  But the more information that came out about this primetime-worthy extravaganza, the more it became evident that this was merely episode one of an eight-episode, mostly pre-produced series that will cost-effectively employ the likes of Liz Cheney and others in the same vein as Alfonso Ribiero–introducing video clips. 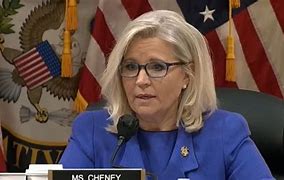 That’s hardly a real-time unfolding of evidence, as the Watergate hearings and recent trials were.   In a piece last week on my other blog, Leblanguage (www.Leblanguage.net), I outlined how different times are now and the impact that those hearings had that many Democratic supportes believe is possible now are, to be honest, is probably not likely.  What I neglected to point out was that, even then, those proceedings were being watched by a significant audience outside of its live feed.  The then-fledgling PBS, with a programming bent that aimed at a younger audience with the likes of THE GREAT AMERICAN DREAM MACHINE and MONTY PYTHON’S FLYING CIRCUS, offered a three-hour distillation of the day’s events in prime time that summer.  It was compelling counterprogramming to the kind of stuff that the three broadcast networks typically offered–reruns, forgettable summer-only variety shows and burned off, failed sitcoms with awful premises. 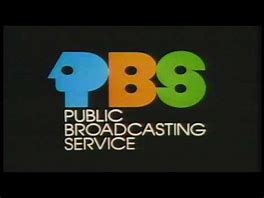 Given the choice between DEAN MARTIN PRESENTS THE GOLDDIGGERS and Sam Ervin presents John Dean, the latter won out.

So I painfully watched the Rangers lose home ice advantage, and then watched several versions of the compelling videos that Cheney and team introduced, and her haunting reminder of the doomed legacies of the politicans who enabled and continue to support the behaviors exhibited in the White House on 1/6/21.  They probably weren’t watching live then anyway, and I doubt many are passionate hockey fans.

But the reality is this was merely the supertease for what the broadcast networks hope will be more compelling reality television that, say, Dancing With Myself.

And they were quick to note that Episode 2 will air on Monday night.  Uh-oh.  That just happens to be when Game 5 of the NBA Finals is scheduled, and with the Dubs’ thrilling fourth quarter comeback last night in Boston is now reduced to a three-game showdown with Golden State having regained home court advantage.  Rest assured a lot more than a 0.82 A 18-49 rating will be watching.

So all that hype and hoopla about the primetime hearings apparently is going out the window on Monday, with counterprogramming far more formidable than Tucker and Sean babbling can offer,  The second installment of these historic hearings will begin at 10 AM Eastern time.  The exact time when the Watergate hearings kicked off nearly half a century ago.  And, just like then, The Price Is Right will be pre-empted, and a lot of people will watch encore airings in prime time.