The drumroll to the NBA Draft began last night with a selection process called the Draft Lottery, where the league’s non-playoff teams send representatives to witness ping-pong balls being selected and make a half-hour show out of it.  In recent years, it’s been slotted as a lead-in for the first game of the conference finals, which is the first time in the playoffs that game nights are officially scheduled for later in the evening, as from now on only one playoff game will be played each weeknight.

Last night’s results were rather uneventful.  The Orlando Magic have the number one pick, which considering they had the league’s second-worst record wasn’t all that shocking.  It’s not the first time Orlando emerged with the top pick from a draft lottery.  In 1993, the Magic defied massive odds to win the number one draft pick despite finishing as the league’s best non-playoff team.  Subsequently, many tweaks and statistical gerrymandering has been instituted to minimize the chances of such a recurrence. Here’s how the league attempted to explain it on their website:

Fourteen ping-pong balls numbered 1 through 14 will be placed in a lottery machine. There are 1,001 possible combinations when four balls are drawn out of 14, without regard to their order of selection. Before the lottery, 1,000 of those 1,001 combinations will be assigned to the 14 participating lottery teams. 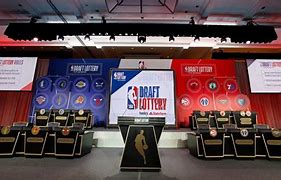 The length of time the balls are mixed is monitored by a timekeeper who faces away from the machine and signals the machine operator after the appropriate amount of time has elapsed. 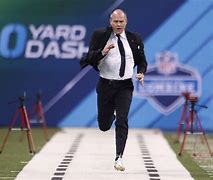 A partner from Ernst & Young oversees the entire lottery process and stuffs and seals the envelopes before bringing them to the studio for the broadcast. The announcement of the lottery results will be made by Deputy Commissioner and Chief Operating Officer Mark Tatum. Representatives from each participating team will join virtually. Neither the Deputy Commissioner nor the virtual team representatives will be informed of the lottery results before the envelopes are opened.

Drafts are a massive part of any sport’s business plan, both from the perspective of the executive and the fan.  In the NFL, this is a year-round process that involves weekly analysis of game footage of projected draftees, post-college season all-star games where are essentially unattended scrimmages, the combines where workouts are qualified and Rich Eisenmakes money for charity, and then finally a three-day event attended by thousands of passionate fans who follow every one of these events religiously.  For fans like that, they engage in frequent chats debating who should go wear, buying preview magazines and posting their own real-time opinions trolling experts who get their picks wrong.  It’s a lot of content, a lot of hours and it justifies the NFL Network as more than a repository for highlights shows and replays.

The NBA doesn’t have quite as much of a runway or, for that matter, rounds of a draft.  Because–duh–basketball is played by five players at a time who pay simultaneous offense and defense versus football which employs 22 at a time on separate sides of the ball, there’s fewer players needed.  So the draft is two rounds, and it occurs in one night, typically right before the 4th of July, watched by far fewer people than the NFL.  The Lottery selection process was a inspired way to add some spectacle to the process as well as at least give the draft a little more attention.\

For the purposes of breaking news, here’s last night’s results:

If the NFL draft is a Las Vegas-worthy spectacular, the NBA draft setting to me looks like a restaging of the 70s game show JACKPOT.  Think I’m kidding?  Judge for yourself:  Last night:

And Jackpot back in the day:

As for what the ’93 Magic did with their number one pick?  They drafted Chris Webber, then promptly traded him to the Golden State Warriors.  They are still looking for their first championship, and won roughly a third of their games this year.  So much for progress.  T 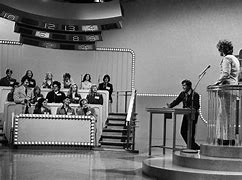 At least the Heat won last night to restore some degree of success for the state of Florida, as well as a reminder that you don’t necessarily need a high draft pick to make a dent.  You need smart executives to evaluate talent properly, plus a little luck.  Orlando hasn’t had much of either in recent years.

But at least they looked like great game show contestants.