I grew up in an era where Cleveland was a punch line, an era punctuated by the Lake Erie it borders on somehow being filled with enough debris to actually catch fire, all the more underscored when its martyred ex-mayor Carl Stokes eventually became a local news anchor in New York.  New York in the 70s certainly had its own issues with grime and disgust, but hey, we weren’t Cleveland. 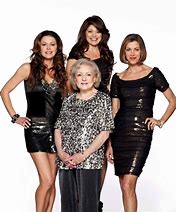 And even though Drew Carey celebrated his hometown with his long-running sitcom whose theme song was the title of this post, Cleveland still was good for a laugh.  HOT IN CLEVELAND was an inside joke that reminded Baby Boomers that a more full-figured, middle aged version of Valerie Bertinelli was merely attractive enough to be considered the siren she was as a youth in the Midwest.  (forget the fact that her Barbara Cooper character lived in Indianapolis).

Heck, even Lebron James, an Akron native who has arguably done more for the area than anyone else on this planet and indeed gave them their first sports championship in more than 60 years, left twice.

But lately, Cleveland sports are back on a roll, and I’m truly thrilled for its long-suffering yet loyal fans who have dealt with decades of failure and, most recently, the ignominy of its beloved Browns dropping hundreds of millions of guaranteed dollars into the bank account of someone with the moral fiber of Deshaun Watson.  Better still, they’ve done so by getting the best of New York in many ways. 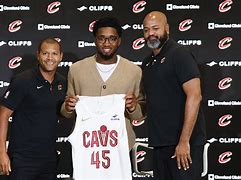 The Cavaliers are rebuilding even without James, drafting Evan Mobley in 2021, arguably the best of the Big Three that headlined last year’s NBA draft, and have now followed up by shocking the basketball world with an unexpected trade for Donovan Mitchell, the Utah Jazz star who was all but earmarked for New York and the Knicks.  The Knicks balked at the Jazz’ demands for multiple draft pick and talent; the Cavs, with more to spare, actually acquired Mitchell relatively cheaply.  They still have far to go, but most NBA pundits believe Mitchell and Mobley could be the cornerstones of a renaissance that will quickly lead them back to the upper reaches of the Eastern Conference. 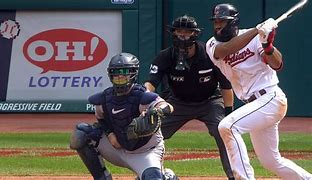 And the Guardians–well, they are WAY ahead of schedule.  The rebranded Indians have gone off on a tear this month, pulling ahead of a mediocre but crowded American League Central division and now have a title within reach.  Yesterday and last night, they all but eliminated the Minnesota Twins, who had controlled the division for the earlier part of the year, with a thrilling doubleheader sweep, the finale extending 15 innings, which in the ghost runner era is the equivalent of more than 20.  Ending well after midnight, the Gs completed their sweep with a walk-off hit from Amed Rosario, who had as productive a day as anyone in baseball had.  The young shortstop, who was a Mets prospect before being the key target when the Indians unloaded the expensive Francisco Lindor (not to mention Carlos Carrasco) in a salary dump, merely went 8-for-13 with 6 RBIs, including a three-run home run earlier in the nightcap.

I’m especially happy for Rosario’s rise, as he was one of my sleeper picks in my fantasy baseball league.  Yes, I admit I’m perversely loyal to people with Mets connections; indeed, I have Lindor on my team as well.  But yesterday’s performances scored an impressive 17 points and helped vault me from being way out of contention in my semifinal matchup to a seven point lead heading into today’s climactic games.  My opponent, a demoralized Twins fan, had the league’s best record, and we both have two pitchers starting today, his on paper better than mine.  So heck, yes, I’m rooting like crazy for Rosario to continue his assault on the Twins to perhaps vault me to the finals, and at least a chance at some much-needed cache.

And I love the fact that the Guardians are benefitting from his talents, as well as those of his infield mate Andres Gimenez.  And considering Lindor and Carrasco are doing darn well in Flushing as the Mets battle the remaining team that still salutes indigneous people, it’s a win-win for everybody. 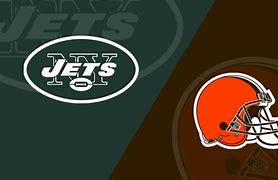 And as for the Browns, well, Watson’s suspended for 11 games, and despite having the maligned Jacoby Brissett under center they won their NFL opener last week against the very quarterback they shipped out to make room for Watson, Baker Mayfield.  Their “two-headed monster” running back combo of Nick Chubb and Kareem Hunt is as potent as any running game is, and this week they host the Jets in their home opener.  And for as long-suffering as Browns fans have been, they have suffered only slightly longer than Jets fans.  The Browns have never been to a Super Bowl,  and last won an NFL title in 1964, when an eponymous running back named Jim and general manager named Paul were in charge.

But there’s hope for the first time in ages; indeed, a win today would be their first 2-0 start since Bill Belicheck was their coach in the early 90s.  And the more they succeed without Watson, the easier it is for the average fan to be on their side. 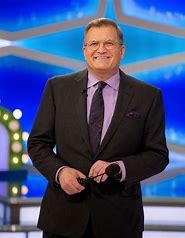 I suspect Carey and other Clevelanders are wearing their reds, blues, oranges, browns, wine and golds with a bit more pride than usual.  It’s still sunny, if not outright hot, in Cleveland today, and there’s a lot of good sports being played on that lakefront.  Which, incidentally, ain’t on fire anymore.  But their teams are.