Christmas in May for Rangers Fans?

If the composer of SANTA CLAUS IS COMING TO TOWN hadn’t been a hockey fan, I might not have become one myself. When I was first discovering the joys of watching live sports I was particularly jazzed by theme songs of various broadcasts. particularly ones with lyrics.   As a Mets fan first and foremost, “Meet the Mets” was my definition of a call to fanatic arms, urging me to “step right up and greet the Mets” and offering the “guarantee to have the time of your life”.  I then learned the Yankees had their own song, “Here Come the Yankees”, that was re-orchestrated during their 1970s renaissance without the hokey lyrics of the original recording that served as the WPIX games’ soundtrack in earlier years. 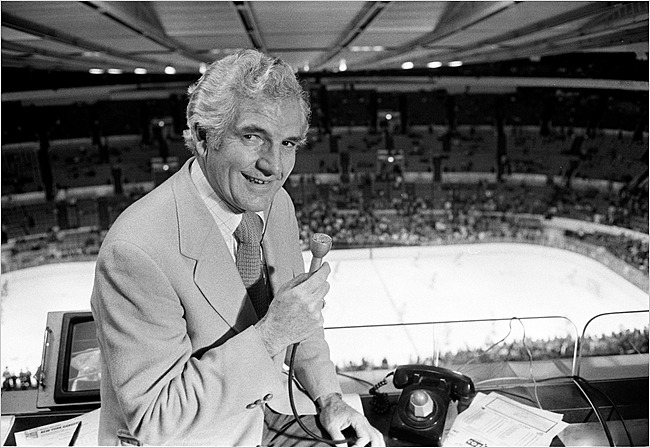 When winter came, New York Rangers hockey games were a staple of Saturday nights for me, and I began to notice there was indeed a theme song that opened their telecasts.  During one particularly long night, color commentator Bill Chadwick,a gravely-voiced former referee who teamed with the bookish Jim Gordon on their games, began to sing (or at least attempt) the song I thought was simply generic telecast opening backdrop.  Nope, it was The Rangers’ Victory Song.

Written originally by the very same J, Fred Coots that immortalized the urging to “better not shout, better not cry, better not pout, I’m telling you why” to youngsters awaiting the visit of a large bearded man on December 24th, the Victory Song was a tribute to other large (some bearded) men who were in the process of winning the 1939-40 Stanley Cup.  Despite Chadwick’s mangling of notes, the words were (and are) catchy and inspiring.  If you’ve never seen them, consider the emotion that drove this composition: 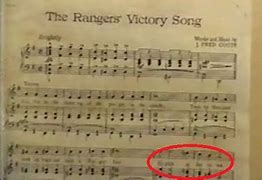 You’ve got to fight, Rangers fight
With a grin on your chin!
Tonight is the night
So get in there and win!

This game is worth any price;
Go out and put it on ice
That’s the Rangers’ Victory Song!

At the outset of COVID, with a season literally put on ice, a passionate Rangers fan named Ray Castoldi tweeted out his spirited piano version of this tune, along with a video of its performance by longtime Madison Square Garden anthem fixture John Amirante (effectively the Ronan Tynan of hockey) recorded by MSG as the team was on its way to reclaiming the Cup for the first time since the song was written.  The link below contains both performances.

If you’re a Rangers fan, after the crushing 4-3 triple overtime loss to the Penguins that opened the 2022 Stanley Cup playoffs Tuesday night, I couldn’t think of a more necessary way to invest a couple of minutes of your time today before the puck drops on Game 2 tonight.   The Rangers had a surprisingly strong regular season under new coach Gerald Gallant, and earned home ice advantage for the opening round against the more experienced Penguins off his coaching and his development of young and rising stars such as defenseman Adam Fox, 50-goal scorer Chris Krieder and stellar goaltender Igor Shestyorkin.  Shestyorkin had 79 saves during Tuesday’s marathon, and that still wasn’t enough to produce a needed Game 1 win.  An opening game win under such draining circumstances could have a dooming effect on the balance of the series.Needless to say, a win tonight is imperative for the Rangers to have any realistic shot at moving on.

Even if you’re not a Rangers fan, appreciating the passion and loyalty of their fan base should be taken note of.  Unlike Knicks fans who tend to be well-heeled, limelight-driven and generally oblivious to the team’s continued struggles, Rangers fans who go to the Garden tend to be more vocal, blue-collar in nature and yet somehow prioritize their finances to support their team.  They’ll be there tonight in force.

Here’s hoping they’ll remember the words and sing loudly in support of their beloved Blueshirts.   I’ll be watching on TV, the MSG feed if available, thank you very much.  Because a win tonight would be the best Christmas gift any Ranger fan could hope for.   I’ll bet J. Fred Coots would have concurred.