Charles Is Still in Charge

Charles Barkley decided to play 18 holes of golf yesterday in the middle of his off-season as a Turner Sports analyst.  That shouldn’t have been news.

But the fact that it occurred at a Trump-owned course, in a pro-am with former president Donald Trump, at an event financed by Saudi officials on the fledgling LIV professional golf tour, made it news.   And Barkley wasn’t simply out for a leisurely day on the links; indeed, he showed up to meet with tour officials who were reportedly throwing life-changing money at him to consider leaving his basketball-centric contract and join dozens of pro golfers who have made that personal choice themselves.

Numerous mainstream media observers, including the usually reserved Christine Brennan of USA Today, condemned Barkely for even considering this meeting.  She, among others, has championed the term “sports washing” and implied “blood money” as the impetus for her consternation.  She cites the indignance of the survivors of 9/11 victims, as well as the family of Jamal Khashoggi, the slain journalist, for her viewpoint.  And in a culture where rightenousness is often valued above reality, Barkley had serious personal considerations to ponder during his day in Bedminster, New Jersey.

Here’s one reality check.  He actually had that kind of money offered to him.  And he damn well has a right to consider it.  I highly doubt Brennan, or any of the outspoken who plan to protest this weekend’s tournament, have ever had that experience.  And until you do, I strongly believe it is not any of our places to play moral compass for anyone who has.

LIV has commitments from golfers and professional broadcasters, as well as an esteemed consultant in David Hill, the former head of FOX Sports, and, for my money, the Roone Arledge of this century.  If you don’t know who Roone Arledge was, google it.  Suffice to say “Hilly” knows more about sport–and, given his lineage, I’m accurate in not adding the “s”–than any other living human does, as well as how to appeal to those who will watch it.    Since the one thing LIV does not yet have is a commitment from a major media company to air their tournaments, bringing Hill in to help optimize the plans and pitch is about a sound a move as any entity could choose to make, IMHO. 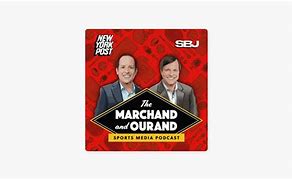 In the always brilliant New York Post podcast on sports media earlier this week anchored by Andrew Marchand and Sports Business Journal’s Jon Ourand, Hill meticulously laid out the realities of the state of golf, golfers and the presence of “selective anger” in our discourse.  Questioned by Marchand as to whether it was in horrible taste to negotiate with who many consider to be terrorists, Hill intelligently replied “Really??  The same people who President BIDEN met with and fist-pumped last week??”. 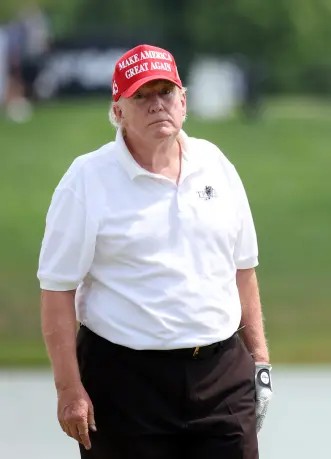 Absolutely no one can legitimately accuse me, or any of the LIV golfers, of not feeling empathy for those who truly have been victimized by anything Saudi.  And I’m certainly not going to amplify the comments of the “athletic” Mr. Trump, who seized upon the opportunity as tournament host to lament “nobody’s gotten to the bottom of 9/11”.  Judging by his physique, it’s gonna be a while before anyone gets to HIS bottom, and I doubt they’ll like the smell when they get there.

But that doesn’t make Brennan, or any other observer who hasn’t been directly impacted, any more justified in offering their take on what Barkley should or not consider.  Or with whom or where he should knock a few dimpled balls around.

Barkley weighed his options, but ultimately chose loyalty to his current contract and employer as the reasons for his polite, no hard feelings decline.  For now, he’ll stay at Turner, and LIV will need to continue to find a broadcaster potentially as impactful and transformational as Barkley, who Hill compared to John Madden as someone with the potential to influence pop culture and the appeal for a game which currently skews 78% over 50 with its adult audience.  If and when they can identify that person, they will be that much more likely to get a deal, assuming the Brennans of this world don’t exert their Hearst-like exonerance of sponsors of advertisers to deny the tour their very existence.

One could be overly cynical and snarky when reminded that Barkley reportedly earns at least double his current, more than ample, $20 million/year salary from endorsement deals that would likely go away were he to have bolted for LIV.  But that was HIS decision to make.  Golfers made theirs.  Golf viewers at some point will make theirs as well–it is inevitable that in an era of high demand, and with the LIV tour expanding from eight to 14 events next year. some entity–perhaps even an on-demand PPV offering should commercial options not present themselves–will bring this to a screen and/or device near you.

It is not anyone’s birthright to get on a soapbox and declare a line in the sand for anyone’s freedom of choice.  I’m most disappointed in the opinion makers who think they have such entitlement.  The fact that Barkley stood up to them with his own brand of plain truth makes me appreciate him that much more.

It IS those impacted families’ right to protest, though, and I’ll defend to the death their right to expresss their viewpoints.

As long as they don’t storm the 19th hole.  Two wrongs don’t make a right.