I can’t say I know Brian Lawlor well, but I know his body of work and his intentions.  As a longtime executive with Scripps, which owns 61 TV stations in primarily markets from number 11 and down, and has its roots in a 20th century newspaper chain based in Cincinnati, his vision is distinctly populist and an alternative to the coastal elites that have tended to rule media.

When his stations refused to pay huge increases on license fees for hits like WHEEL OF FORTUNE and JEOPARDY!, Lawler borrowed a page from old school television and commissioned his stations to embrace Hollywood talent and produce a homegrown show.  Markets like Cincinnati, Cleveland and Detroit, where some of Scripps’ stronger stations are housed, often devoted several hours a day to locally produced talk and magazine shows, occasionally being able to syndicate them through the country.

Lawler was part of a group that commissioned an interactive game show called LET’S ASK AMERICA, which in effect provided the blueprint for how COVID-19 content was produced.  Using contestants from all over the country playing from their home via webcam, and with a snarky young host on a soundstage at their Cleveland station interacting with no one live except his crew, the show was creative, well-written and, in many of those markets, competitive and cost-effective.  Personally, I loved it.  When I had the chance to acquire episodes for Game Show Network, I did so, and fought hard to do it.  It was being offered nationally for the first time, and I helped the distributor get enough coverage to sell national time in it. 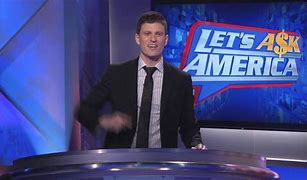 But, unfortunately, the show never really got quality clearances beyond its own stations, and was struggling to even get noticed on the ones it was able to secure.  My management ultimately scoffed at any good idea coming out of anywhere besides New York, Los Angeles or Silicon Valley, and it was jettisoned to the middle of the night after one set of poorly rated telecasts, never to return to a good time slot, and ultimately a precursor to my own dismissal.

So when Lawler was announced this week in a new role as head of Scripps Sports, seeking opportunity to leverage their stations into the challenged sports rights landscape, it caught my attention,  To be fair, Lawler’s sales pitch is solid.  As Jon Lafayette reported, Lawler is seeking opportunity from others’ failures:

Brian Lawlor, who was named president of the new Scripps Sports division, told Broadcasting+Cable that cord-cutting has become a “massive problem” for teams and leagues. That makes his company’s broadcast stations and linear networks attractive to rights holders looking to reach a bigger share of fans and potential fans.

Is it?  As of now, among all major league franchises, only the New York Mets and Los Angeles Clippers have regular, limited schedules on over-the-air stations, both Nexstar-owned CW affiliates, with the Clippers a recent returnee mostly to supplement an aggressively priced direct-to-consumer effort called Clippervision, which has struggled to gain traction in concert with the team’s mediocre start to the 2022-23 season.

The problems Sinclair Broadcast Group in particular has been having with its Bally Sports RSNs have been well-chronicled. It paid more than $9 billion to The Walt Disney Co. for what were then known as the Fox RSNs, and now is burdened with debt as sports rights costs rise and subscribers fall.

Rights for regional sports networks will be coming up for renewal and “I would certainly expect in the next couple of months that we’ll start chipping away at some deals,” he said.

Sinclair has effectively ceded management control of the RSNs to a company called Diamond Sports that is seeking a more unified approach with its league partners, particularly major league baseball, that is looking at the ClipperVision model with intrigue.  Get the uberfan to pay a higher price, and reap the benefits.  But Lawler posits that simply relying on the gold card fans to support the entire gamut of revenue opportunties may be shortsighted:

The shrinkage of RSN distribution means that “teams can’t even reach 50% of all the households in their home viewing market,” Lawlor said. “That’s not a good business model if you can’t reach half of your potential customers” and that people who aren’t hard-core fans can’t stumble onto games, either by flipping through available channels or through search”. Lawlor said a new local sports business model might entail having a broadcaster work with a streamer, with a station’s broad reach helping to funnel direct-to-consumer opportunities. Deals with teams and leagues would take advantage of revenue streams from merchandise, ticket sales generated and sports betting, he added.

Scripps Sports will likely look to assume the damaged assets of some of those RSNs, particularly in regions where it has significant local footprints.  But, to be sure, few of those teams are competitive in their leagues.  The Tigers, Reds, Diamondbacks and Rockies didn’t sign many free agents.  The Pacers, Kings and Jazz are eyebrow-raising early season surprises that likely won’t advance beyond the first round of their playoffs.  In most of their markets, hockey and soccer simply don’t rate despite success.

To convince MLB and other leagues to see ION as a possible asset, particularly in light of the kind of money being thrown in their faces by Amazon, Apple and, possibly, Warner Brothers Discovery and Netflix, will be an even more herculean task than trying to convince a top market station and national network to see LET’S ASK AMERICA as a viable acquisition.

I’m rooting for Lawler and Scripps, because I’m a firm believer in the underdog winning.  If, for example, he wants to bail out Bally’s from its Ohio network and put the Reds back on a strong over-the-air station the way it was back in the days of the Big Red Machine (frustrating the hell out of NBC when its prime time telecasts would outrate the network lineup by double-digit percentages in May sweeps periods), all the more power to them.  The idea of barker channel content for their ION stations in some larger markets, such as Chicago and Boston, is intriguing.  Waaaaaay back in the day, those cities literally put struggling UHF television stations on the map with games that were broadcast there.

But are there enough fans out there with limited resources but intense desire who would indeed go out of their way to find an ION station, and purchase a digital antenna, in order to watch?  Is there a niche league such as, say, professional women’s hockey where a barter arrangement could be possible and provide them more favorable terms for growth than can an ESPN or a digital service such as DAZN?  Maybe major league pickleball?

I applaud Lawler’s resillience and resolve, and hats off to Scripps for even throwing its hat in the ring.  Now comes the hard part.  Getting those who grant such rights to give them a chance to do so.

Go out and survey your fans, both qualitatively and qualitatively.  Have a credible study that suggests there is indeed a substantial market of overwhelmed cord-cutters and cord-nevers that would support a team and find their games wherever they wind up.  Demonstrate those fans are more likely to buy merch.  Buy tickets.  Prove to the leagues and teams it is indeed in their best interest to widen their lens; don’t rely on their objectivity to provide such guideance.

It just so happens that’s probably my sweet spot of expertise and passion.  And my rights are a lot more easily available than those of the teams and leagues you’re pursuing.

Consider this a sincere pitch.  Bluntly, I need the gig.  Or you can click below.

Either way, I promise to root for the Reds.