Buy me some pancakes and orange juice?

As major league baseball announced its return to the diamond this week, it was also accompanied by a flurry of announcements regarding expanded and altered coverage for the sport.  Prominently, Comcast’s Peacock in the mix, particularly for an announcement that even old fogy traditionalists should applaud.

Yesterday it was revealed that among the live MLB broadcasts Peacock will acquire rights to will be a newly scheduled window of Sunday morning and early afternoon games that will begin as early as 11:30 AM ET.  Previously, it had been reported that they were acquiring the non-exclusive midweek games that ESPN is relinquishing rights to, but now that appears not to be the case. According to Awful Announcing, the first of 18 telecasts would air on NBC, making it the first time a national game will air there this century, and will indeed be a barker for the subscription to Peacock.

There is a lot of consternation among purists about these games being exclusive and requiring yet another destination for fans to navigate in order to see games, let alone the fact that the exclusivity of these games will mean they won’t be available on the MLB.TV package or the regional sports networks.

Frankly, this has the potential to be bigger than all of us.

It is no secret NBCU Sports management loves the windowing and the globalization of live weekend morning content.  Premier League soccer has performed above expectations and Sunday games typically involve higher profile teams in their later morning window.  There is also the reality that Sunday morning in the US is Sunday primetime in Europe.  For a service like Peacock that is expanding its non-US reach and has a JV with Sky Showtime, and a sport that will be expanding its presence with global brands by allowing patches to be on uniforms a la EPL and NBA, the global audience potential above and beyond US ratings is significant.  In many cities in the summer overall in-home viewing levels are higher in the morning on Sundays than they are in the afternoon, and of course Peacock isn’t limited to a connected TV to be seen (assuming, of course, Nielsen or someone else can accurately measure it on a timely basis; let’s take the leap of faith the aggressive researchers at NBCU have already figured that one out.)

And fans?  Well, for folks who have bitched and moaned about Sunday night games hurting the sport by asking kids to stay up late or, worse yet, to attend in person, should welcome the chance to attend a game during daylight hours.  These games will be earmarked for Eastern time zone markets, meaning they will be more like brunch than breakfast starts.  Fans at the game will possibly eat healthier and be less likely to nosh on expensive fattening snacks earlier in the day.  If McDonald’s can offer morning sausage, so can Boog Powell’s grill at Camden Yards.

Summer games can be completed before the most intensely hot part of the day unfolds.  Weekday games on getaway days often start as early as noon in many of these cities when teams have to fly cross country; fans and viewers don’t seem to mind those start times then.  One would suspect that many of the games featuring teams heading for a West Coast trip will be candidates for these slots, which will improve the lag and recovery time for those travelers.  Families who go to or watch these games to root for their favorite participating team will be able to set late afternoons for Sunday dinners, sunsets on the lake or, perhaps, a binge of a few episodes of Ted Lasso. 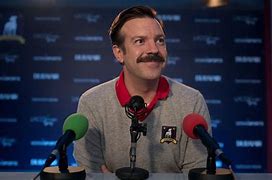 So if the net effect is forcing someone to figure out how to open up a different app or remember a different destination, so be it.  We’ve already written how other sports spread their wealth across multiple destinations.  Hard core fans have proven they will bitch and moan but if it’s important enough for their fandom they’ll find the money for it.  Peacock Premium is currently priced at roughly 40 cents a day.  For those who really want to see games, that’s not exactly a monumental sum.  Yes, it’s arguably a tribute to greed–but please tell me what entertainment entity isn’t doing the same or worse??

We’re worried about having a fan base die off for a sport whose remaining fans are passionate, and we’re gonna kvetch about something that can make MLB more similar to the NBA?  Here’s a tip for how to find Peacock:  it’s the icon that looks like some kind of bird and doesn’t have a plus sign in the logo.