This was a night that was at least ten months in the making for the Brooklyn Nets.   A chance to finally exorcise the demons of injury and exhaustion that eliminated them from last year’s playoffs in an overtime classic by the eventual champion Milwaukee Bucks.   A (mostly) fully healthy roster, a home playoff game on a Saturday night on national television, virtually every basketball-loving celebrity from music and television eagerly mugging for said cameras with courtside seats at Barclay’s Center and a full house of rank-and-file fans behind them.   Neither the Knicks nor James Harden were distractions this year.   Heck, even Spike Lee was in Brooklyn, tactfully rocking a Dodgers jersey rather than his usual Knicks swag. 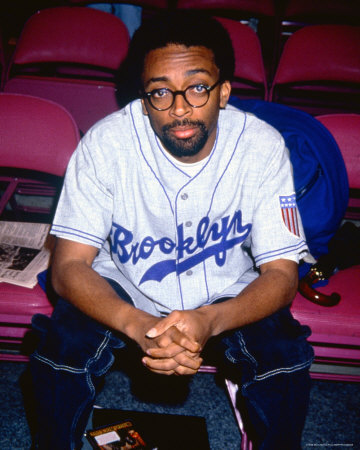 This was a night that was arguably fought for at the highest levels of politics and bureaucracy.  The emotional roller coaster that Kyrie Irving put Nets fans and New Yorkers through with his steadfast refusal to be vaccinated, initially playing only road games, then getting a controversial waiver to finally play home games due in no small part to the fact that a newly elected mayor just happens to be a Brooklyn native and Nets fan himself, all had this night in mind.

So what if the Nets had lost two close games in Boston to the higher-seeded Celtics?  So what if in the previous game both Irving and fellow superstar Kevin Durant were held in check by a furious Celtics defense?  This was BROOKLYN.  This was finally the chance for all of these stars and the franchise to grab hold of a city desperate for success and at least give them a fighting chance.

Instead, it was the Celtics that rose to an even higher level of two-way clutch play.  Jayson and Jaylen were deadly, Brown scoring a game-high 39 and Tatum 23, almost hitting three-pointers at will during a second half stretch where the Nets rode some hot hands from the likes of Bruce Brown and Nic Claxton to close the gap, only to be shot down in a Sisyphusian manner almost every time.

The Celtics were further buoyed by the playoff debut of defensive standout Robert Williams III, whose presence threw off an already reeling Durant and Irving even more than they were in Boston.  As for the Nets’ Ben Simmons–for the 87th consecutive game this season, a DNP.

The details were sobering.  The Celtics forced 21 turnovers, leading to 37 points.  Tatum had six of the Celtics’ 13 steals.  Durant and Irving each managed only 16 points in especially feeble style, KD taking only 11 shots and Uncle Drew went 6 for 17 from the field, 0 for 7 from three-point range.

The 109-103 final score was misleadingly close.  This game was all Celtics.  And, as the game unfolded, it was clear that plenty of Celtics fans had found their way into the arena, mocking the Brooklyn faithful with “Let’s Go, Celtics” chants that rang louder against these acoustically superior walls than any such chants heard in the Garden during the 70s.  Frankly, they’re justified.  The Celtics are arguably playing at a level of two-way consistency unparalleled by any other NBA team right now, and are poised to close out Brooklyn in a sweep Monday night that would avenge their elimination by the Nets in last year’s first round.

Last year, the Nets were within an inch of KD’s sneaker to playing in July for the first time in their history.  This year, they likely won’t even be playing in May. 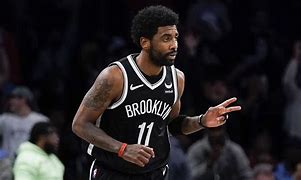 Irving’s going to be a free agent.  He’s already demonstrated conclusively his ultimate loyalty is to himself, not franchises, fans or even teammates.  Remember, he was a Celtic before he effectively lobbied his way to Brooklyn to team with KD.  I’d like to believe he’s capable of wanting to have another go at this in a Nets uniform, at least seeing if Simmons can complement him and Durant effectively.  Supposedly, Monday night may be at least an audition of that.  But faced with elimination and with the emotional air fully sucked out of this series, would anyone be surprised if Simmons needed yet another mental health day?  And would anyone be more surprised if it turns out Monday night is the final time Kyrie plays a home game in Brooklyn?

55 years ago this franchise began as a suburban and later outer borough alternative to the Knicks.  I first starting following basketball that year, and the ABA New Jersey Americans just caught my fancy.  In the 70s, the Nets’ league championship seasons were exciting, and the early Dr. J. exciting to watch in person at the then-new Nassau Coliseum.    The New Jersey Nets had a couple of good runs in the 80s and the early 00s, eventually winning two Eastern Conference titles with the help of Jason Kidd.  They captured my nephew’s heart and fancy, not easy to do, to be sure.  But they’ve never won an NBA title.  And at this rate, it’s not likely to happen anytime soon.

I still plan on going to a game with my nephew and Barclay’s is still on my bucket list.  It’ll just likely be a less meaningful and likely cheaper ticket when we do.

Jason Kidd is coaching in Dallas.  James Harden is starting in Philly.  The Nets are on the verge of elimination.  That tree that ostensibly grows in Brooklyn seems to be rotting.