When you’re a monolith like ESPN and you need content to take you through the literal dog days of August, you have to sometimes scrape the bottom of the barrel. 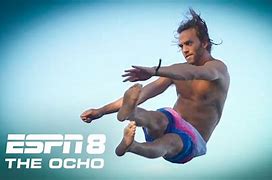 Indeed, last Friday what was once a punchline during the dizzy early days of ESPN2, ESPN Ocho, was revived for 24 hours.  Yes, last week they covered live dodgeball, air hockey and something called “death diving”  Somehow, no one died, and a few thousand people watched.

For the balance of the month, and for the panoply of plusses they now populate, they need something more substantial.  Parent ABC has been covering the championship game of the Little League World Series since the 60s, often live on a Saturday afternoon during WIDE WORLD OF SPORTS (ironically, the inspiration and ancestor of The Ocho.)  Usually, it was a team from Japan or Taiwan schooling a U.S. team on how the game is best played by 10-12 year olds somewhere else.  On occasion, when a U.S. team was good enough to actually win, they became celebrated as conquering heroes.  And yes, they were often the highest-rated episodes of the season for Wide World.

So it’s understandable that in an era where necessity is the mother of invention, as well as the fact that Disney and Little League’s demo targets are remarkably similar, that they would expand their coverage of Little League games.  The World Series itself is now played in two tiers in two side-by-side stadiums in Williamsport, Pennsylvania during the last full week of August, with international teams playing in one bracket to take on a U.S. champion, both crowned from a similar double-elimination process as the college World Series.  And now, thanks to the ability to more easily telecast from even small local fields, the regional championship brackets provide dawn-to-dusk coverage.  Beginning at 8 AM PT yesterday, and on most days extending well past midnight ET, a true baseball junkie can watch storyline after storyline unfold as literally neighborhood kids and loyal dads take their brief moment in the national spotlight to heart and try and win for pride and little else.

Well, that’s not totally true.  As cynics will quickly point out, LLWS is often seen as exploiting kids’ emotions and parents’ obsessions.  And with most school years now beginning during August, the timing of this explosion of content to satisfy back-to-school advertisers can’t be understated. 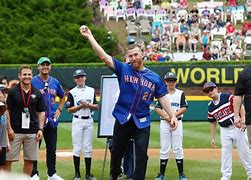 But amidst all of this, there may be another Todd Frazier out there.  Frazier won a title for his hometown of Toms River, New Jersey as a youngster, and he later went on to a successful career in MLB, with stints with both the Yankees and Mets.  Appropriately, he is among those covering this week’s games, including regionals being staged at the same field in the same town he began his baseball life in.

Yes, there will be tears, rigid pitch counts and arguably too many tight close-ups of nervous parents in the stands.  Probably too many commercials for sugary cereals that if they were the sole diet of these youngsters they wouldn’t have the stamina to successfully compete.  But there will also be plenty of chances for kids who may never play a minute of even high school baseball to have a highlight that will be able to be shared with future generations, in ways and on platforms way beyond even ESPN Ocho.

Besides, what else is on this week?