It’s Selection Sunday in college basketball, and we’re on the verge of a legitimate three-week, multi-city sojourn for teams around the country for the first time in three years.  I can’t tell you how giddy with anticipation I am about that sort of return to normalcy after two consecutive springs of first, a brutally ill-timed halt to the 2020 chase and last year’s compromised single-city chases that defined brackets by arenas and not cities. 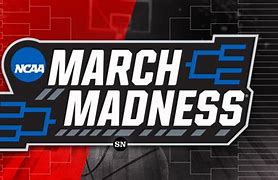 It’s far more exciting to be on the bubble, not compete in one.  While the results of the brackets that will inevitably make up millions of “sheets of integrity” in office pools will be available with a few mouse clicks, I’m invariably drawn to the selection shows where cameras are taken into locker rooms, hotel lounges and mancaves around the country where excited teams gather to see if and where they are going later in the week.

Bracketologists have developed a science around the anticipation of seedings for the best teams, particularly the top four of the 16 in each region, the “last 4 in” that will make up half of the relatively new “first four” games that precede the de facto first round (which, of course. the NCAA now calls the second round) and “the first 4 out”.  It is usually those teams where cameras are poised, and Greg Gumble’s words are particularly anticipated with both excitement and trepidation.

This year, the emotional touchpoints will be at Notre Dame, Xavier, San Francisco and Brigham Young on the “last 4 in” side of the bubble, and Michigan, Rutgers, SMU and Oklahoma on the “first 4 out” side.  Each of these programs have rabid regional fan bases and, in the cases of ND and BYU, entire churches nationwide that will hang on Greg’s dramatic delivery beginning at 6:30 PM EDT tonight on CBS (and, of course, Paramount+–these are college students, remember, they don’t know that thar TV thang).

One is both intrigued and bemused the fact that athletic and attractive young men and women are sweating out avoiding an association with the number 69, and that millions of fans and viewers will join them in that angst.

It’s reality television at its best.  This is no mere “tribe has spoken” or “final rose” moment.  These are the lives of people that may never get another chance at a national spotlight.   Many who sneak in on the bubble often provide some of the tournament’s most emotional moments.  These teams tend to wind up as 11 or 12 seeds, some who do need to play an additional game in the aforementioned First Four.   My own experience with bracket pools, which we’ll chat about later this week, shows that more often than not at least one of these double digit seeds have an upset in them.

That “one shining moment” that will inevitably make even the most hardened basketball fan cry.

Picking the actual ones who do pull off the upset is always the challenge.  Picking which teams survive their bubbles the most emotional.  And for every sight of teams gathered around their big screens awaiting their fate, rest assured that countless more fans and alumni will be gathered around theirs, wondering where they will need to quickly book travel plans to or align their viewing schedules around.   The emotions attached to the outcomes will be heavy. so I suspect priorities for cooking Sunday dinner may be shifted–this likely is gonna be a pretty busy Doordash night.