We saw the LA Dodgers win their first championship in thirty-two years during the first shortened season of the twenty-first century. The season was the first one shortened by world events since 1919. This time it was not due to a war, but instead the COVID-19 pandemic. The shortened season in 2020 almost became no season because, in my opinion, players and owners were not focused on getting back on the field and were instead trying to make sure this season would not be shortened due to the CBA dispute which everyone who follows the game closely. 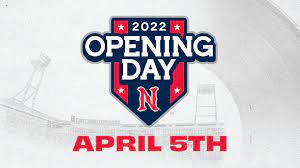 Fast forward to six weeks ago. By all estimations it was looking like there would be another shortened season for the second time in three years or no season at all due to the second longest lockout in MLB history. Today marks Opening Day 2022 and the start of what will be a normal 162-game season. In my eyes the game is once again scarred by the greed of players and owners. Why you ask? Simple, because the players union did not meet with the league to submit a formal proposal until mid-January… forty-one days after the lockout started.

At that time many reporters who were close to the situation were of the opinion that the lockout would drag out into mid-May or even June. After exchanging a few proposals and making minimal process it was mid-February the league started slowly cancelling postponing training and threatening the cancelation of the season.  Fast forward to March 3rd, finally after 100 days of greed on the part of both owners and players there was a deal and spring training was scheduled for ten days later.

The biggest changes that were made to the CBA were the addition of the Universal DH, changes to arbitration eligibility, changes to interleague play, changes to trade deadlines, draft lottery, and playoff rules.

Personally I think these two things went together in the negotiation process. My understanding when this all started was that players wanted the Universal DH and changes to the arbitration process while owners were willing to expand rosters to make room for the Universal DH by expanding rosters. In the end, both things happened thank you to the new $50 million bonus pool that was added for pre-arbitration eligible players. Players settled for the Universal DH and the bonus pool to get a deal done. However, in a few years this could be a major part of the conversation in the negotiations for the next CBA if we see another player follow in Kris Bryant’s foot-steps.

Thank you to the Universal DH Interleage play has been added year round. Teams will now play 4 games agains their rivals instead of 6. So, the obvious ones (Cubs/Sox, Yankees/Mets, A’s/Giants, Dodgers/Angels) will play two games at each stadium every year. There will be another 42 games through out the season against. These 42 games will be played against 14 teams in the other league, teams will play on three-game series each season and the home team will switch every season. This could change the competitive balance of the game later in the season.

The league can no set the trade deadline to be anytime between July 28th and August 3rd to avoid the traditional deadline of July 31st falling on a Saturday or Sunday. While this might not seem like such an important change it really is because it probably would have avoided the Cubs waiting until the eleventh hour in 2021 to sell off all their players. In saying that I am not saying they would have kept any of them… I am merely saying they would have done things a little slower over the last week before the deadline. 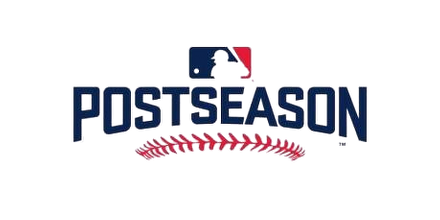 In an attempt to avoid tanking MLB has implemented a draft lottery system similar to that of the NBA and other leagues. I feel like this was more of a move suggested by the players to give the owners what they wanted with more playoff teams. The owners wanted 14 teams in the playoffs while the players wanted to keep it at 10 teams. In the end, there will be no tiebreaker games and 12 teams will make the playoffs. Owners and players met in the middle on this one adding two more teams and making the wild card game a best of 3 series.

When the new CBA was signed back in early March the automatic runner at second in extras rule which was added in 2020 was eliminated. Last week, the Players Association and Owners agreed to keep that rule in the hopes of keeping the speed of play in extra innings we saw the last two seasons. This is a good rule to help limit injuries and is another rule that will help the expanded rosters to make more sense. The only problem with it is the runner should be starting at first not at second. With a runner starting at second it is too much of a sudden death in the top of the inning for the home team where they have no chance to really defend against that free runner if a ground ball gets to the outfield or a fly ball drops in shallow part of the outfield.

With that… it is time to play ball!