I think it’s fair to say that if you’re a baseball fan, an African-American or a student of American history, you probably know the story of Jackie Robinson.   You probably even know today is the 75th anniversary of his breaking of the color barrier in major league baseball, when he became the first Negro (that’s how it was referred to then) to play on the same field as white players in a regular season game.

Not only did I love the more modern telling of his story, the brilliant 42 starring the late Chadwick Boseman released in 2013, 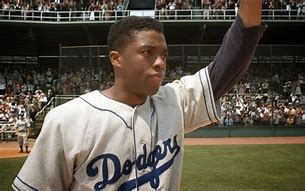 but as the son of a Brooklyn Dodger nut I even grew up on the ancient black and white biopic starring the real Robinson, produced in 1950.  That Robinson was young, Hollywood-handsome, a budding star with two pennants in three years, and was buoyed by the Dodgers adding the likes of fellow Negro League stars Roy Campanella and Don Newcombe, among others, as teammates.

The Robinson I vaguely remember from the early 1970s was riddled with diabetes and other ailments, saddened by the loss of his 26-year-old son, embittered by what he saw as a sluggish attitude by the sport to allow another black man to become a manager, and only made enough peace during the last months of his life 50 years ago to show up at his own uniform retirement ceremony in Los Angeles and a silver anniversary commemoration of his breakthrough during Game 2 of the World Series, where he used that platform to chide baseball for its lethargy.  Nine days after that speech, he was dead at 53.

Years ago, his #42 was retired permanently by the game, now only worn every April 15th, and by every single person in uniform, without names on the back, of course.  Players effectively play in obscurity that day.  The exact inverse of how Robinson started, and with far more accolade than he had. in the day.

But prominently featured and arguably more familiar to more current fans is his widow Rachel, who will reportedly have a presence at every celebration today.  Now in her 100th year on Earth, she has managed the Jackie Robinson Foundation for the last 49, carrying on his legacy with her own tales of surviving prejudice, death threats and his tormented life with the courage of a warrior and a statesman in her own right.  She will likely be cheered as loudly as Jackie would have been. 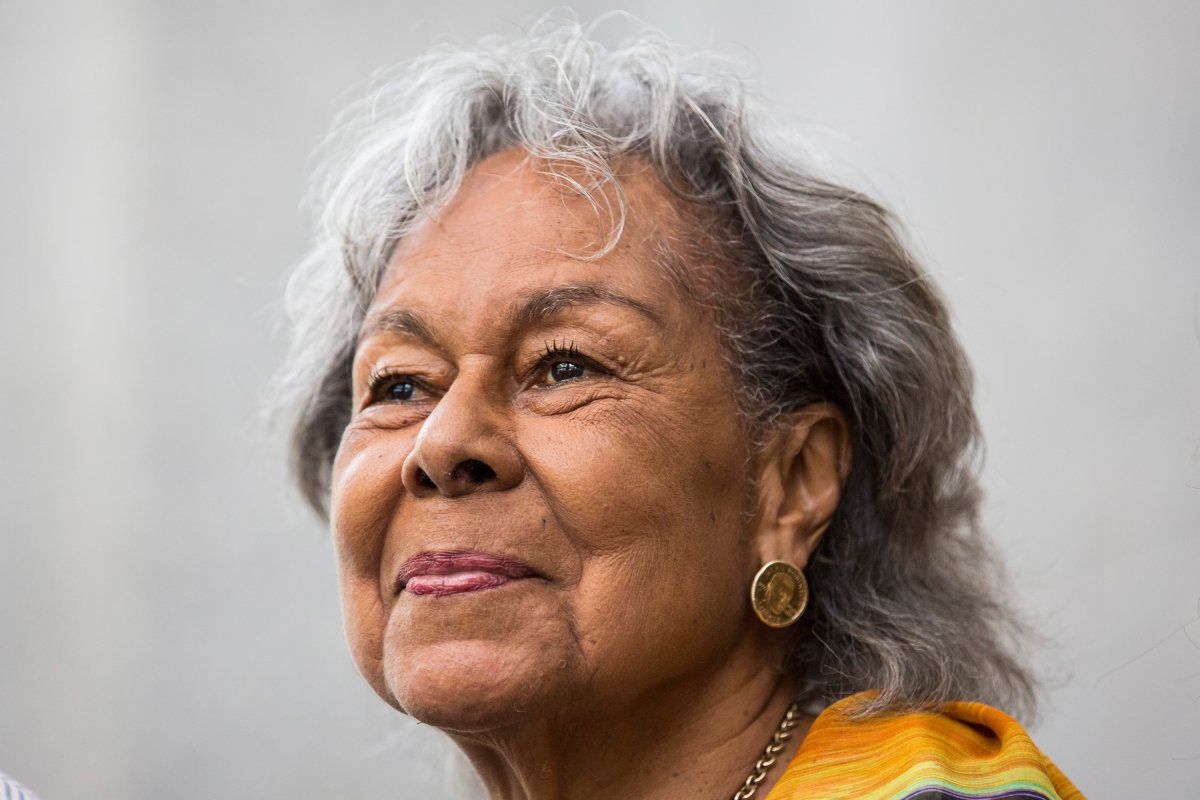 He has a rotunda named for him at Citi Field, the Mets’ current home ballpark with more than a passing resemblance to the Ebbets Field Robinson played at.  At today’s season home opener the Mets will dedicate a statue to their own greatest player, Tom Seaver.  Ironically, Seaver’s number was 41.  No matter how great he was, he never had to endure what Robinson did.  He trails him slightly in uniform number and even more as a legacy.

Cheer a little louder today if you can.