Anything But Lax About Today

When I went to college in upstate New York I was already a huge sports fan, and naturally I joined the school paper to write about it.  We had no football team, we barely had a basketball team, and while our baseball team was competitive, would you want to sit around in mist and mud watching Division III players struggle?

But we did have hockey, and what I learned about hockey players, particularly those from Canada, is that when the weather finally got warm enough, they played lacrosse.   On my all-male dorm floor, several “laxmen” resided, peppering the hallways with flicks of their sticks and flings of their balls early in the morning.  (And I’m not just referring to how they treated the women that they snuck in overnight that would surprise me with their presence in our showers when I was the lone lonely dope who woke up as early as they did).  Being a nerdy downstater, I had never seen lacrosse equipment or a game before this, As they explained groggily through aspirin-laden Bloody Marys, “it’s hockey on grass”. 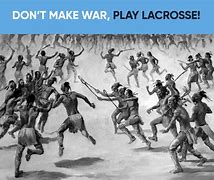 Well, of course, it’s not quite that simple.  What I did learn from these players, besides how to better hold down my beer, was that lacrosse was actually Canada’s national sport, and has a rich history among Indian tribes in the Northeast.  But aside from that geographic pocket, as well as the Mid-Atlantic and (somehow) Colorado, lacrosse has never really expanded its popularity nationally.  And unlike volleyball, effectively a West Coast-skewed college sport, it’s never had the Olympics to grow its popularity.

So when ESPN threw the sport a bone years ago and offered to televise their college championships, the NCAA was more than willing to alter their schedule and pivot around Memorial Day weekend for their final four.  The championship game has been early on the Monday celebration for decades.  And today, yet another upstate New York powerhouse, Cornell, will attempt to knock off top-ranked Maryland.  You know where my heart is, but I’d urge any bets to be on the Terps.

And betting, along with a unique business model, may be what finally gets the sport more popular beyond college and Memorial Day.  After several failed attempts to launch either an outdoor or indoor professional league, the current iteration, the Premier Lacrosse League, 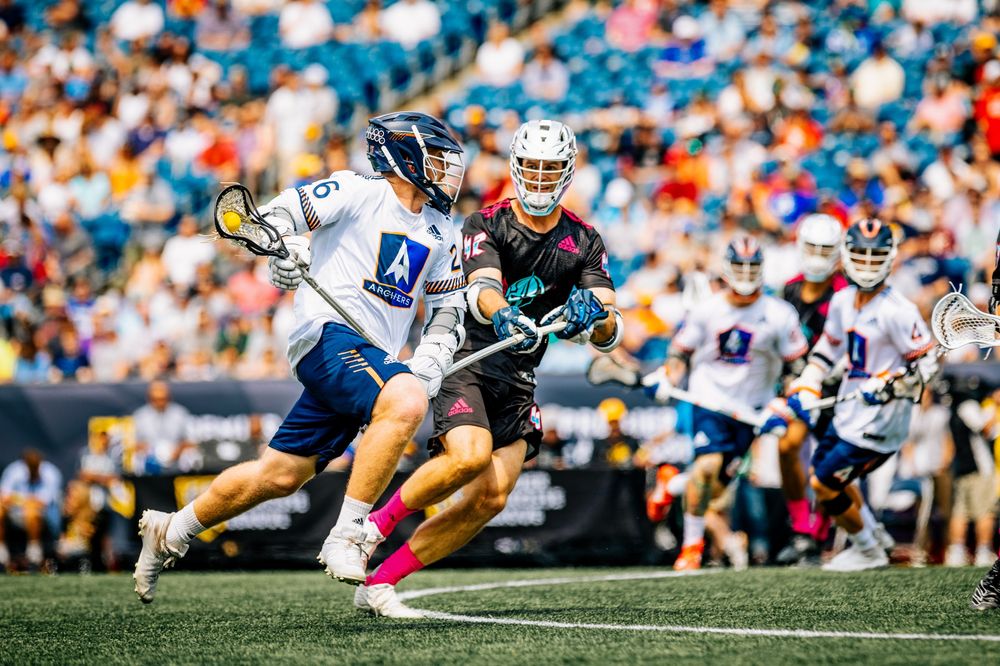 uses a unique approach that foregoes traditional city-based teams, instead barnstorming its teams around several opportunistic venues and staging road shows.  It offers its players the opportunity to be its evangelists, open sourcing its highlights and relying heavily upon social media to spread the word about its stars, games and which teams are worth laying a wager on.  This coming weekend, fresh off the NCAA championship weekend, the PLL starts its 2022 season, with a new partnership with ESPN+ and, you guessed it, Draft Kings.  More than 60% of its 140 players are former collegiate All-Americans.

The model has similarities to the new United States Football League, which continues to attract reasonably strong television audiences despite attracting crowds well under 1000 for some of its games being staged in the Birmingham bubble.  Those teams may have cities in their names, but they are merely throwback euphemisms to the original league.  Barnstorming was popular in the early part of the 20th century for pro football and baseball, which spread its gospel to yet-serviced cities around the country after their championships to develop interest in the game and its players.   By utilizing this for the season itself, the PLL is planting numerous seeds and, thanks to streaming media and its liberal approach to highlights, has found different ways to control costs and monetize itself.

The USFL could learn from the PLL.  Heck, at this rate baseball could as well.  Seen the crowds in Oakland lately? 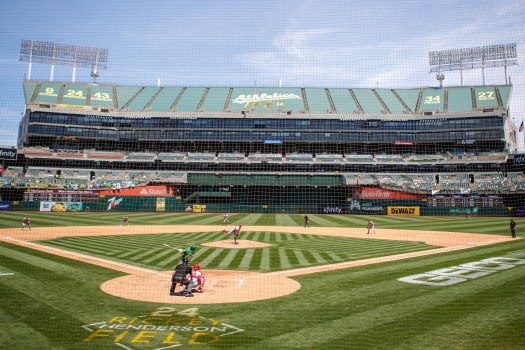