Another Unbeaten 70s Team Gets To Celebrate

Whenever the last NFL team to lose a game in a season goes down, there’s always a nice story about how the surviving 1972 Miami Dolphins pop a few corks and celebrate the fact that for another year their stature as the last team to go through a full season unbeaten has been cemented.  This was the golden anniversary of that accomplishment, and it’s always a big deal.

Somewhat less noticed, but nearly as equally impressive, is the fact that on Tuesday night the status of the 1975-76 Indiana Hoosiers as (men’s) college basketball’s last undefeated team was secured when New Mexico fell to Fresno State.  And as CBS Sports’ Kyle Boone reported, yes, the fact that status was secured at this point in the season wasn’t all that typical:

So with their own golden anniversary within striking distance, we should definitely take a moment to pop a cork for those Hoosiers, who went 32-0 overall and 18-0 in a strong Big Ten.  And as Wikipedia chronicled, there were other noteworthy accomplishments by that team:

In a preseason exhibition game against the reigning World Champion, the Soviet National team, the Hoosiers won by a convincing 94–78 margin. The Soviet team included two stars from their gold medal team in 1972, Aleksandr Belov and Sergei Belov. The game was played before a sellout crowd of 17,377 at the new (now-defunct) Market Square Arena in Indianapolis. Star Scott May scored 34 points on 13-for-15 shooting.

The Hoosiers then opened the season with an 84–64 win over the reigning NCAA National Champion, UCLA, which was coached by John Wooden‘s successor Gene Bartow. The game was played in St. Louis as one of the first made-for-TV games in college history, with the starting time at 11 p.m. for maximum national airing. May scored 33 points.

The Hoosiers ended the regular season unbeaten, a feat that would be accomplished only seven times since, by Larry Bird-led 1979 Indiana State Sycamores, the 1979 Alcorn State Braves, the 1991 UNLV Runnin’ Rebels, the 2004 St. Joseph’s Hawks, the 2014 Wichita State Shockers, the 2015 Kentucky Wildcats, and the 2021 Gonzaga Bulldogs. All but Alcorn State and St. Joseph’s would enter the NCAA Tournament unbeaten.

Indiana is the last team to go unbeaten through the entire season, through preconference and conference seasons, and also finish unbeaten winning the NCAA Tournament. That mark has stood since 1976, though the number of games required to maintain an unbeaten season has increased in present times, making it more difficult to attain. The Hoosiers also had the distinction of having all five regular starting players earn their NBA pension. 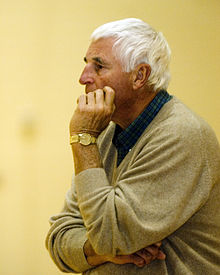 And for that, despite what we’ve learned about the behavior and temperment of head coach Bob Knight, he will forever be remembered at least somewhat positively by Indiana fans.  His later years at Indiana were rampant with allegations of physical abuse of his players and emotional abuse of media members.  His last coaching stint at Texas Tech was equally as stormy, with far less success.  More recently, he has only occasionally publicly surfaced at rallies for Donald Trump, and at 82 has stayed pretty much out of the limelight since ESPN dismissed him as a commentator in 2015.

It’s intriguing to observe that Knight reached the pinnacle of success for any coach, one that had most notably been achieved by Wooden before him and by no one else since, at age 36.  Maybe in hindsight one can understand how his later years were filled with so much rage and frustration, given that it was statistically impossible to do better than he had.

I like to believe that after a certain point bygones should be bygones.  I doubt many of those personally impacted by the older Knight’s antics will agree with me.  But if nothing else, on the 47th anniversary of his team’s accomplishment, we should at least offer a toast to him and his players for a season yet to be repeated, and in a game that’s becoming increasingly harder to navigate–in a conference that will soon embrace regular-season cross-country travel and indeed will eventually play UCLA in conference games–it’s all the more significant as time goes on.

So feel free to toss one back for Knight and the unbeaten Hoosiers today.  Just don’t toss a chair.