Another Opening, Another Show

The 2022-23 NBA season opens tonight, with great anticipation and massive stakes for the future of all pro sports on the line.

The NBA rights are especially significant because, unlike baseball, it represents a globally popular sport with a significant regular season schedule and enough local and international fan base for media companies to be highly interested in future rights, which become available in 2025.  They also represent a demography that is highly desirable, both in ethnic diversity and income. 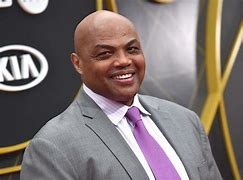 TNT, fresh from re-signing Charles Barkley and his INSIDE THE NBA colleagues to a ten-year, multi-million dollar deal even as Warner Brothers Discovery lays off thousands of executives and cancels many other shows and productions, will kick off coverage tonight, with Philadelphia visiting scandal-ridden Boston and the Lakers, with Lebron James chasing the all-time scoring record of Kareen Abdul-Jabbar, hosting the defending champion Warriors.

But it’s their current co-tenants, the Clippers, that may be setting the tone for future media rights.  Later this week, they will introduce Clippervision, hailed as a revolutionary way to immerse one’s self in fanaticism without a subscription to cable or satellite.  As MSN reported, it effectively allows fans to customize their experience in unprecdented ways:

ClipperVision will stream more than 70 games live in-market directly to fans without a pay TV subscription, with the first stream beginning on October 22. It will launch six different streaming options, with more coming in the future.

Here are the listed options, as stated by the Clippers:

The entire Clippers season will be available for $199.99 on ClipperVision. Fans who subscribe to the 2022-2023 season will also receive a free limited-edition LA Clippers jacket and regular season access to Bally Sports+. The opportunity to sign up starts now at www.clippers.com/clippervision.

Whew.  That’s a lot.  But when you have an owner with the resources and passion of a billionaire like Steve Ballmer, who revolutionized Microsoft, it’s no surprise.

And indeed, this model could be the precursor of future deals.  Reports are that future packages, of which Apple and Amazon could both be players, could exceed more than $100 billion for the league.

And yet, in the same breath, the league is actually reaching back to broadcast television for help in getting the word out.  On Christmas Day, facing head-to-head competition from the NFL on two other networks, ABC wlll air five consecutive live games for the first time since this strategy began.  All marquee games, top markets.  And a natural delineation point for the balance of the year.

Sadly, much as I’d love to subscribe, and I could frankly use the jacket, that’s a price point I simply can’t afford.  But that’s even true for ABC and me these days.

Fortunately, more than a few well-heeled Clippers fans will have such money, and will likely make this yet another winning venture for Ballmer, who should have a brand new Westside arena of his own by the time the new NBA media deal starts up, regardless of how little over-the-air television will be a part of it.

I’d like to think I’ll have a chance to see any of it.  I sure wish I will.

But wishing, lately, isn’t worth sh-t.

But the league will go on, and if you’re reading this, you;ll likely pay more attention to it than you’re paying to me.