And Now, It’s A One Week Season.

If the title of this entry seems a bit redundant, you’re not mistaken.  Exactly three weeks ago, we led off this space with the words “It’s A 26-Game Season.  Damn It.”.  At that time, the New York Mets and Atlanta Braves were in a flat-footed tie for first place in the National League East,.  And after 21 days of back and forth switches in momentum, a couple of noteworthy injuries (Spencer Strider, Ozzie Albies, Starling Marte) and some nail-biting trips to the West Coast for both, we’re once again back to deuce.

The Mets and Braves each have seven games remaining, with both having warmup series with the division’s two weaker teams before their much-anticipated showdown three-game set that starts Friday night in Atlanta, weather permitting. 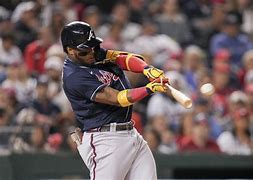 The Braves began this week with back-to-back road wins against the sport’s worst team, the Washington Nationals, both blowouts.  The Mets, who began the week 1 1/2 games up, drew the Miami Marlins for a quick two-game homestand after a day off for travel, continued their mediocre stretch run against weaker teams with a 6-4 loss that wasn’t even as close as the final score would otherwise indicate.   Save for a Pete Alonso three-run homer, and a comedy of errors that allowed Jeff McNeil to score after three consecutive balks by Marlins’ reliever Richard Bleier, the Mets were otherwise impotent against the likes of Pablo Lopez and Dylan Floro.  They’re .500 at home this month, mostly with games against Washington, Chicago, Pittsburgh and Miami.  Other than a four-game sweep of the Pirates last weekend, they’ve looked listless and distracted.

They’ve both got one more game against their current rivals tonight, and then the showdown in Atlanta that may or may not decide things.  Thanks to the brief spring training lockout, one additional series looms for each team, the Braves visiting South Florida and the Mets hosting the same last-place Nats team that’s currently being destroyed by Atlanta, but took a series from the Mets at Citi Field over Labor Day weekend.  On paper, things might look favorable for New York, but so far little has gone according to plan.

The stakes are indeed high, as not only is there a division title at stake but a first-round bye as well, with both teams looking to benefit greatly from a week’s rest.  While the runner-up would still secure a wild card which would allow for all three games of that round to be played on their turf, the opponent that looms will be either a young and resillient San Diego Padres team that is playing better of late, or perhaps the Philadephia Phillies, who are finally getting healthy enough on their own to be dangerous.  And the Mets have done absolutely nothing so far to suggest playing in Flushing is necessarily a game-changer.

They will have their three aces, Bassitt, deGrom and Scherzer, lined up for the Atlanta series, and when healthy each is capable of shutting down anyone.  But deGrom gave up four runs in the first inning for the first time in his career in OAKLAND last Saturday, far and away his worst start yet.  The A’s have the worsr record in the American League and arguably the weakest roster of any team in the majors, yet they made deGrom look like a mop-up reliever.

It reminds me of 1985, when the Mets headed to a late-season showdown with the Cardinals in St. Louis, needing a sweep to keep their playoff hopes alive.  They were in the second year of their resurgence to what ultimately became their second (and, to date, most recent) World’s Championship.  WOR-TV got record ratings for those ganes, Darryl Strawberry and Dwight Gooden stepped up with memorable, clutch performances, and the Mets won the first two games to give themselves a real shot.  But then they lost the finale, ultimately were eliminated on the next-to-last day of the regular season, and missed out on the post-season entirely in an era that did not reward anyone except the division winner.

While the Mets will indeed advance to the post-season for only the tenth time in their 60-year history, forgive me if I’m just a bit greedier about wanting the title.  The upcoming weekend will be a crucible for their potential, and whether or not this is the next 1986 or the next 1985.

I’m nervous as heck, but I can’t wait.